Structure has its place, but so does allowing place for organic, unregulated activity. Because without structure, LEGO flourishes – or rather, its manipulators do.

It’s better to put off a framework to make such allowances, lest it temper budding imaginings. For in that open state is pure whimsy – you’re free to invent and modify, unhampered by overhead demands and stringent guidelines. 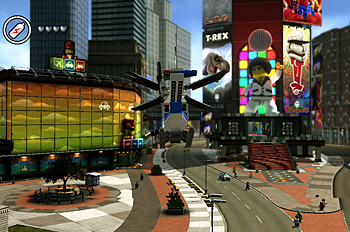 As you come to see things in full view, then comes the opportunity to become part of a focused effort. Only now, you recognize the freedom to defy structure in favor of creativity.

These attributes, along with the wealth of choice, call to mind my own reasons for being drawn to a universe as vast and inclusive as LEGO, a universe inviting in its being built on principles and thrills not bounded by age – like collection, combination and experimentation. Truth is, I’ve never been more than an outsider when it comes to LEGO (until recently), and it’s a shame because I know it could have played a bigger role in my younger years.

Before investing in more mature interests and pastimes, construction projects were my mainstays for play – just using a medium that wasn’t of LEGO origin. In fact, building as a core principle was a cornerstone to my childhood.

Yeah, the more I give it thought, the more I’m puzzled: why wasn’t I into LEGO? Maybe it was a matter of not having the right… materials. Timing? I could blame The LEGO Group for not doing their research, not doing enough in their marketing campaigns. Then again, I was rarely taken by toy commercials, so there you go. (And I don’t think I could get away with blaming an entire era for birthing disconnected campaigns.)

Somewhere along the line, builds gave way to design and tabletop interests – still trickling at some of the roots, but not present in full form. And it was only when LEGO dabbled in that intersection that it gained entry into my world.

Minotaurus was the first, as I recall. To this day, I have yet to play it; but it’s the first that caught my attention. (LEGO, here’s where you redeemed yourself after years of “absence”). Soon I was researching the entire LEGO Games line, later feeling disenchanted by the priciness of it all. Even with all this considered, my investigation was really for naught, as I never did make preliminary investments. Only when the line became shaky, and much later when the line completely fell off, was I in a position to enter. So in sum, it was a failed experiment that never did gain traction with me. (The games weren’t flops; it was because of the poor attach rate and a fairly considerable barrier to entry.)

In the space of all that, the other LEGO games pulled me in, albeit not to a large degree. Long gone were the days of PC-bound LEGO software, and the licenses they were clinging to in development of more meaty virtual adventures were wasted on me with my underdeveloped sci-fi and explorer-minded interests. I wasn’t much of a movie buff, either. Doesn’t mean I didn’t bother with any of them, but for the most part they came and went, and I never did develop a strong attachment to the brand. 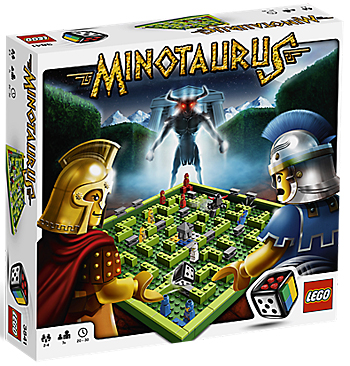 LEGO City: Undercover changed all that.

The foundations were there from brief stunts in the past, so it’s not to say Undercover was my first exposure to the world of LEGO. But it was the most impactful.

Here again was an intersection that crossed over into areas of fascination separate from the game and property. This time: investigation, clue finding, gadgets. Blended with surveillance and detective-like gameplay mechanics was a game world wholly led by a strong, clean, comedic drive.

Being a part of the force, perhaps the greatest perk of all was getting to be around Frank Honey – a star character in his own right. I can draw up no comparison for how many laughs I got out of Undercover‘s hilarious storyline, with its many charms, quirks and off-the-chain puns – and Honey remains at the heart of it all. It was a feel-good development as it went along, and it’s written in such a way that both adults and kids equally derive enjoyment with techniques that never overstay their welcome.

Visiting LEGO City’s many fine establishments under its open-world structure, I developed precisely what it is that the interactive locales help foster: a spirit of unceasing curiosity and a knack for acrobatics. Being rife with possibilities for discovery and provoking experimentation, the inner world at large prospers in creating excursions that immerse you in city life and portray the image of being a resident, not only of the force, but the city itself. 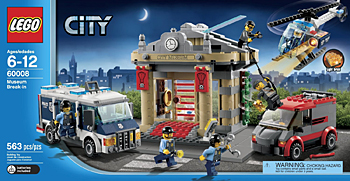 Squares with overlooking decorations and attractions; large-scale suspension bridges; dams with ziplines and look-out points; rooftop chases; bustling entertainment districts with underground operations; transportation hubs with turnstiles and select amenities; diners and car garages; poolside BBQs; rock gardens and dojos; an abandoned castle – all of which make for a thriving and awfully welcoming landscape. And I’d be remiss if I didn’t mention the bank, mine and space station vignettes – the latter being especially superb to the point that I felt it was dedicated to my younger self (space being another intersection).

I’ve come to see LEGO City: Undercover as a game with many faces and sides, all in the name of innocence and the delight of discovery and interactivity. It is, in many ways, an active demonstration where creativity, paired with its base ingenuity and breadth, give rise to adventures both big and small, those interconnected and those independently explored. In all its facets – the comedic drive, expansion of tried-and-true series principles, innovations in story development and GamePad usage – LEGO City: Undercover stands among the most memorable of the videogame experiences I had in 2013. Without reservation, I can say it’s one of the best experiences to be had on the Wii U. Most of all, though, the compelling threads of building, undercover policing and an immersive world all spoke to the inner child in me.

And stretching beyond the confines of the game, it still does.

When I trace it all back, Undercover was the tipping point that brought me (back) to the LEGO universe in its purest form. Now, it has become a newfound hobby.

It didn’t happen right away, though. Not until months after completing the main of the experience (which in truth is a fraction of the game’s fullness) did I begin life as a newborn AFOL (adult fan of LEGO) as 2013 tapered off.

Really, the timing was and continues to be ripe that I officially re-immerse myself in the universe. With the highly compelling experience of LEGO City: Undercover still on the brain, turns out those aforementioned intersections never faded. To the end of integrating myself into what is really a dedicated world, they served me well. 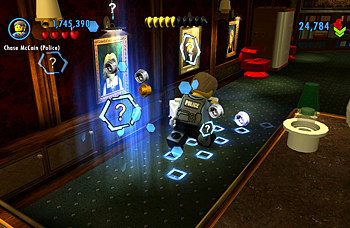 They’ve certainly played into the sets that have me captivated – you can bet I have a brewing interest in those from the City line, Museum Break-In being at the top – but hovering above these immediate links were the stunning Creator Modulars, announcements of highly interactive 2014 sets, the promised return of the Ultra Agents line (gadgets, gadgets, gadgets! – and espionage!), and of course The LEGO Movie and all the hoopla surrounding it. Once I see the movie, I guarantee I’ll be compelled to buy a set. (I’m already partial to the Ice Cream Machine simply because of its uniqueness in make and color scheme.)

All this comes with a realization: I’ve been recruited – unsuspectingly. Undercover, little did I realize, was the catalyst that escorted my quiet longing to a place of renewal and maturity. (Well, as mature as playing with toys can get, anyway.) And you know what? I’m happy my younger self and I could make this compromise: I get a hideaway, while he lives on in secret… avoiding derision.