While poring over this year’s startling number of damn good comic books, Fearless Leader Stu Horvath and I got to talking about a book not enough of our Unwinnable cohorts were naming on their Best of lists – Superior Foes of Spider-Man. 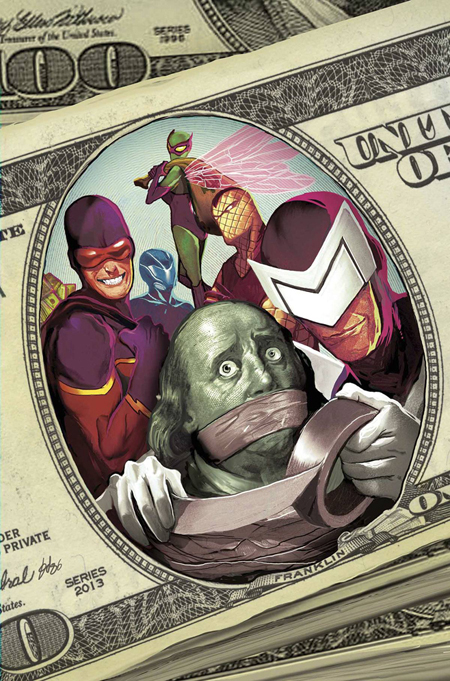 Written by Nick Spencer, drawn by Steve Lieber and colored by Rachelle Rosenberg, Superior Foes of Spider-Man is one of my favorite new series on the stands. It’s the story of Boomerang and his gang, the new Sinister Six (well, there are only five of them, but what’s math to a supervillain?). His team consists of Speed Demon (formerly known as The Whizzer and the speedster of the group), the Beetle (the newbie and probably the smartest member of the group), Overdrive (the getaway driver) and Shocker (the coward). They are as dysfunctional as Gail Simone’s Secret Six but nowhere near as loyal.

Spencer and Lieber have built up Boomerang’s Sinister Six from being the butt of jokes in the Bar With No Name to a compelling cast of characters over the the first five issues. The book feeds off of the synergy of street-level Marvel books like Fraction and Aja’s Hawkeye and Waid and Samnee’s Daredevil, but applies the aesthetic to the world of Marvel’s low-rent super criminals. Spencer and Lieber portray Boomerang  (AKA Fred Myers), a low-rent Spider-villain, as a charismatic slimeball – the perfect protagonist for this kind of book.

Fred’s been a Marvel Universe character since 1966. Since he’s been a part of the Marvel U for so long, Spencer is able to use him as someone who has roots in Marvel’s history, but is also a fairly clean slate since Fred’s always been a second stringer at best.  Boomerang is the gang’s ringleader since the apparent death of Doctor Octopus. While the whole gang doubts that Fred has their best interests at heart (and rightfully so), they still go along for the same reason you or I go to a job we don’t particularly like – it’s a job! 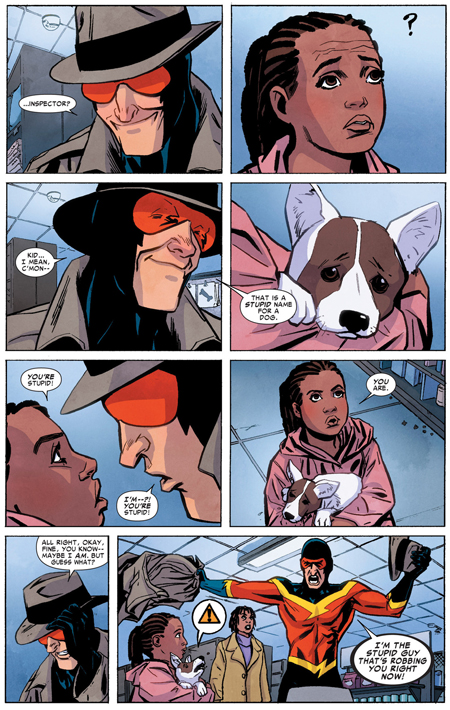 The first arc starts off with Boomerang selling his team on a heist. Unbeknownst to them, Fred is in deep with classic Spidey nemesis, the Chameleon. If Boomerang steals something of untold value for the Chameleon from Daredevil villain the Owl, his debt is paid. In order to sell the job to the Sinister Six. Boomerang outright lies and tells them he has a lead on something big – something mythic in the Marvel underworld- the head of robotic crime lord Silvio Silvermane. Mostly unaware that Fred is piling on the bullcrap, the team gets to planning the heist (after they take a side job destroying a high-priced restaurant for a free meal).

At one point, Boomerang winds up getting caught violating his parole. When he gets out of jail, he’s stuck with the heel turned face, Mach 5, as his parole officer. Mach 5 was the original Beetle and he was Fred’s old partner. He has turned over the proverbial leaf and wants to help his old pal Boomerang to do the same. Meanwhile, the gang decides to cut Fred out of the Silvermane job. What results is some of the funniest backstabbing I’ve read in comics.

Spencer and artist Steve Lieber produce some of the most fluid storytelling in cape comics. The jokes bounce between dialogue and through a plethora of sight gags. The scene where Speed Demon decides to steal a puppy is what sold me on buying a second issue. Then, in the second issue, Boomerang daydreams about decapitating his sleazy lawyer. That’s what got me to stay! 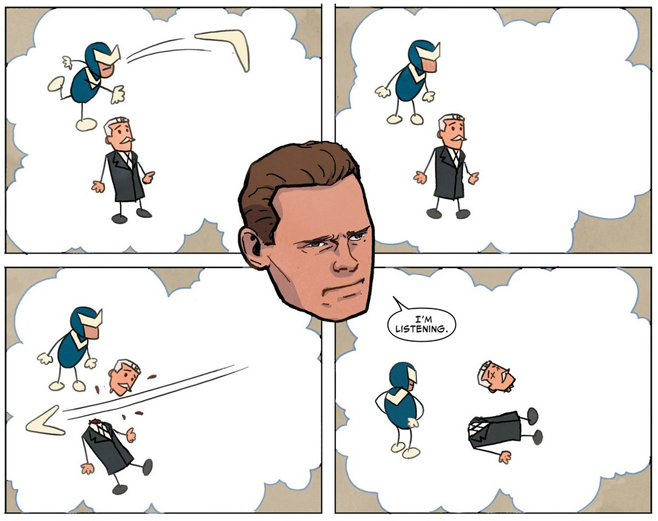 Rachelle Rosenberg’s colors on this book are spectacular. Rosenberg and Lieber complement each other to produce one of the best-looking books out there. The team’s costumes look great, even when they’re hanging out sans masks in their secret lair (a dingy basement). The book’s look ties together like a pair of fresh white laces on blue pair of Chuck Taylors.

Ian likes his lawyer. He never daydreams about boomeranging him in the head. Follow him on Twitter @IanGonzales.