One of the most interesting things about the creative process is the artifacts is leaves behind. I’m not talking about the art itself – the value of that is intrinsic. I mean the physical byproducts of process. Painters make sketches. Sculptors build maquettes, filmmakers leave behind elaborate sets. With videogames dwelling almost entirely in the digital realm of builds and iterations, what remnants mark the progress of their designers?

For Pippin Barr, it is the scribbles and doodles in an unruled reporter’s notebook that mark the birth and refinement of Jostle Bastard. 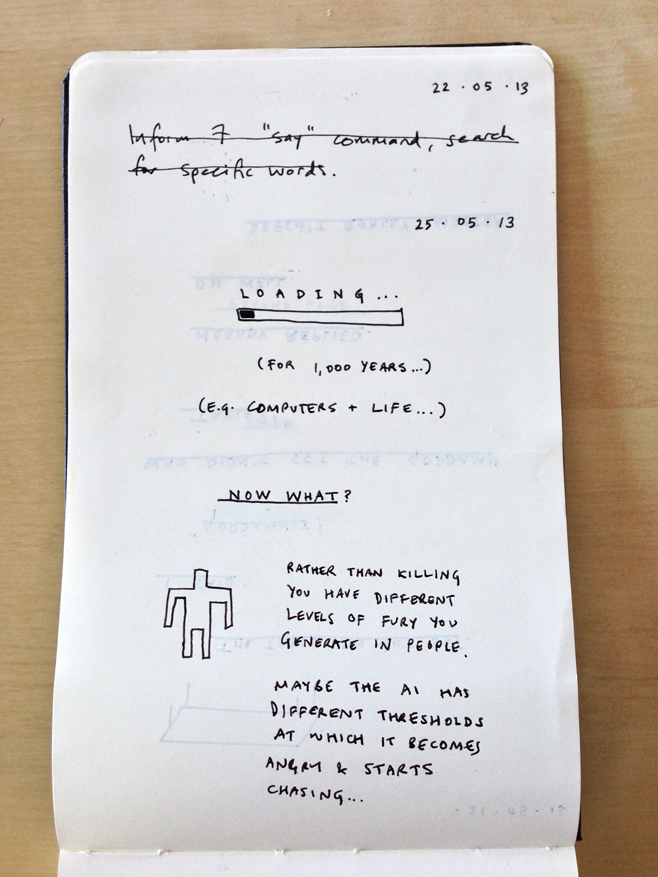 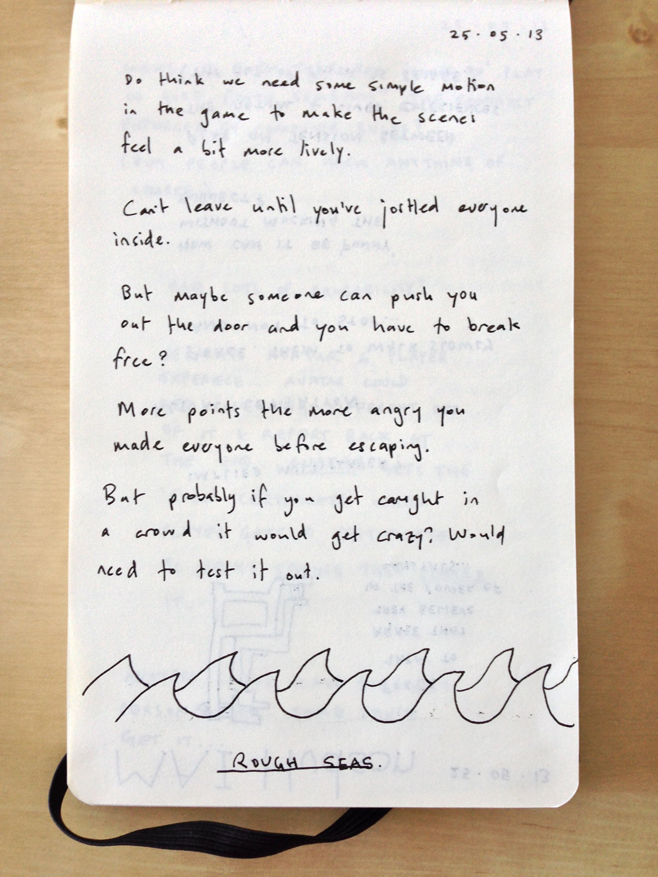 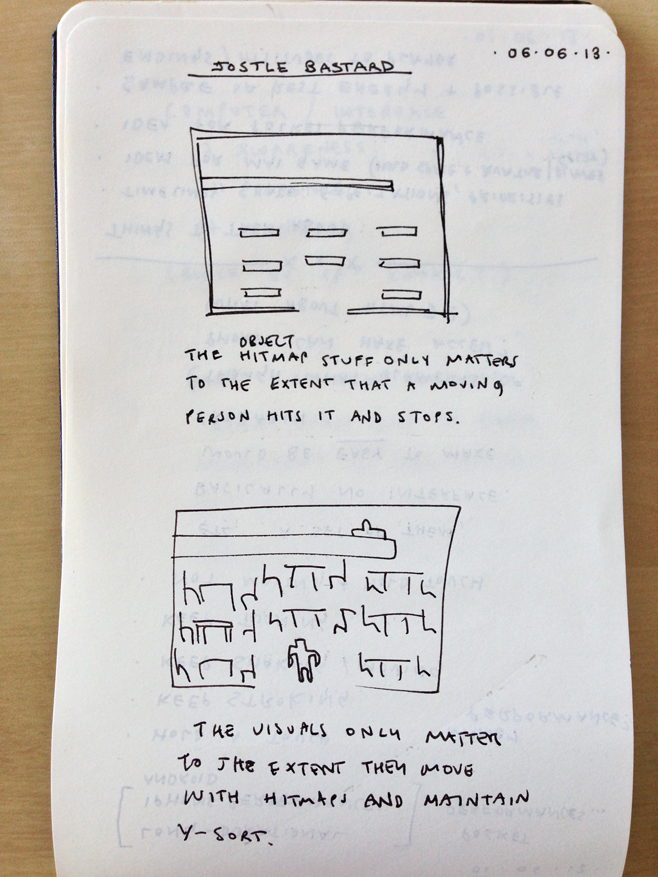 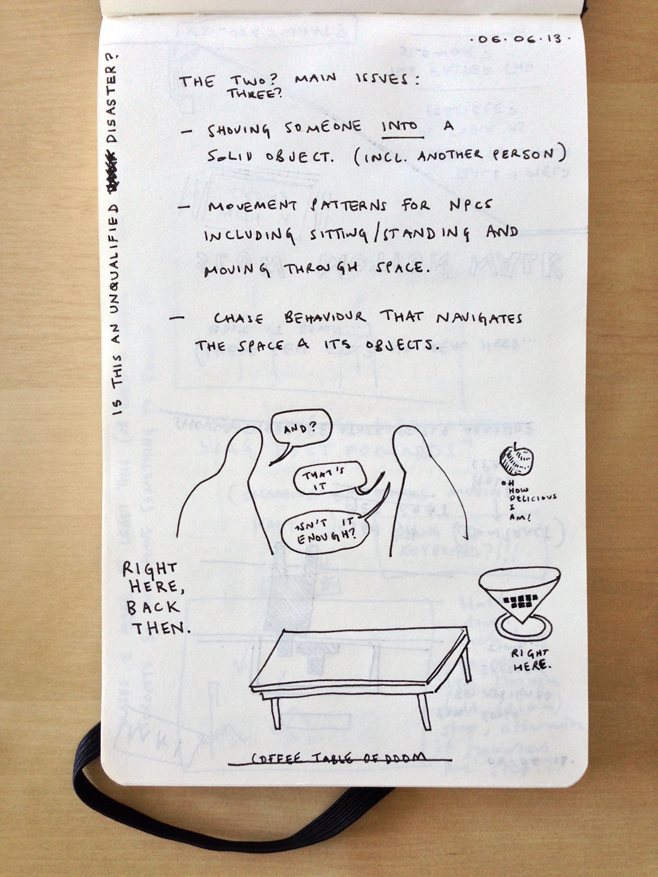 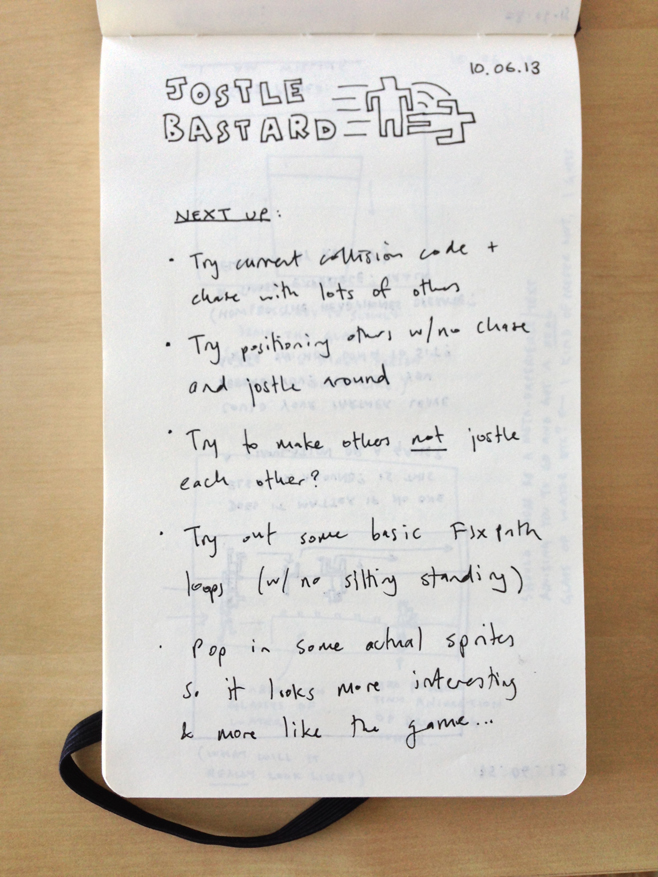 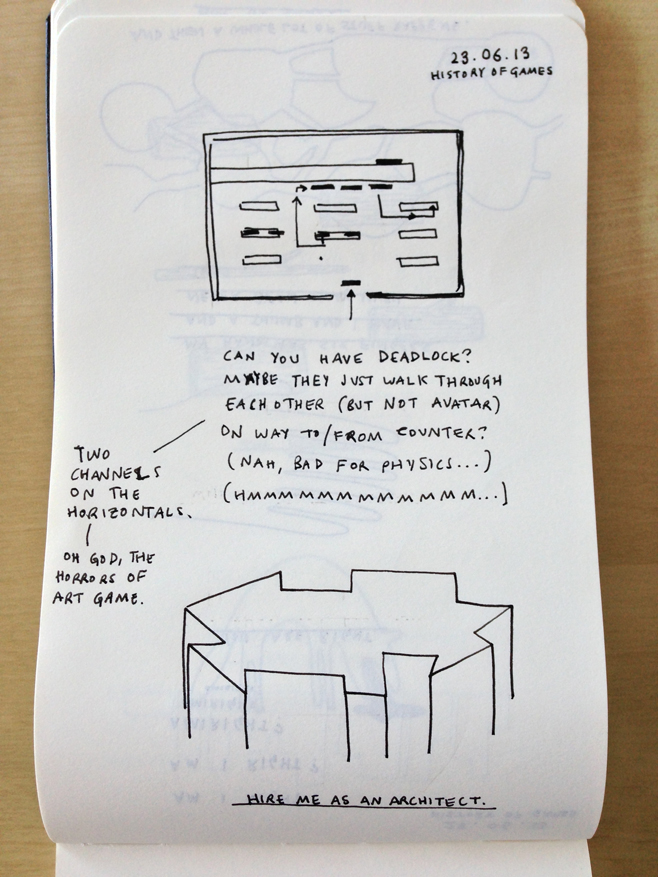 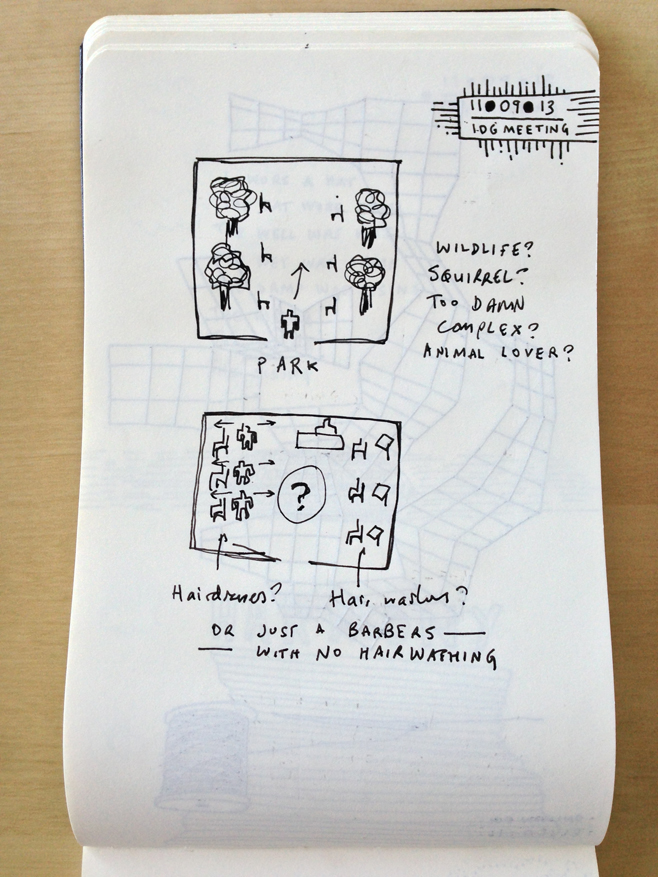 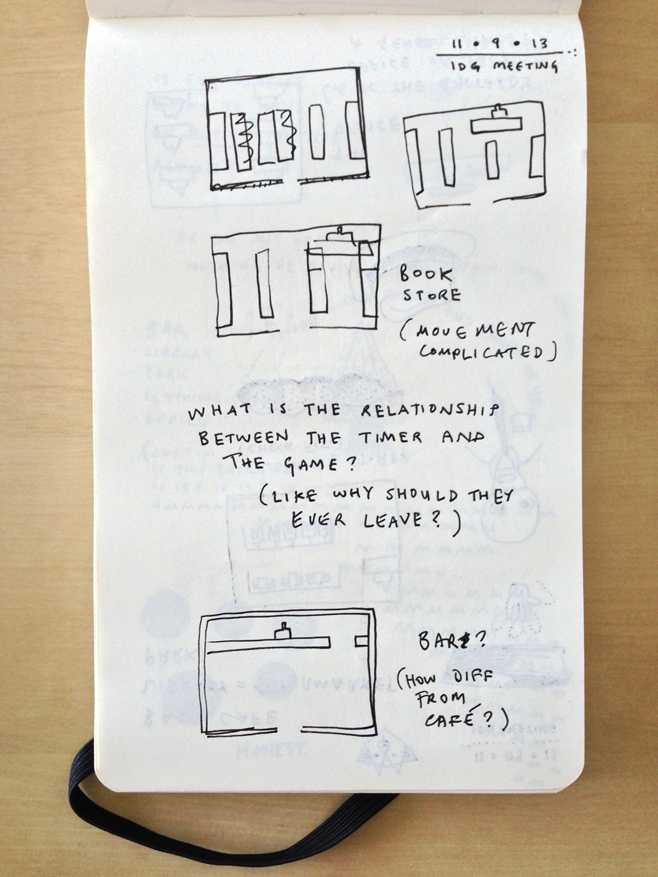 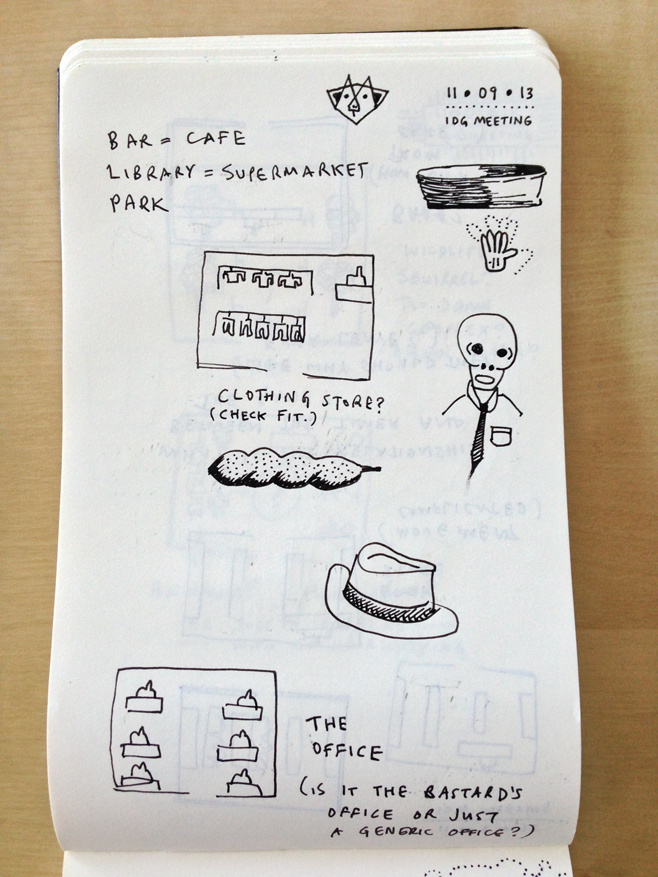 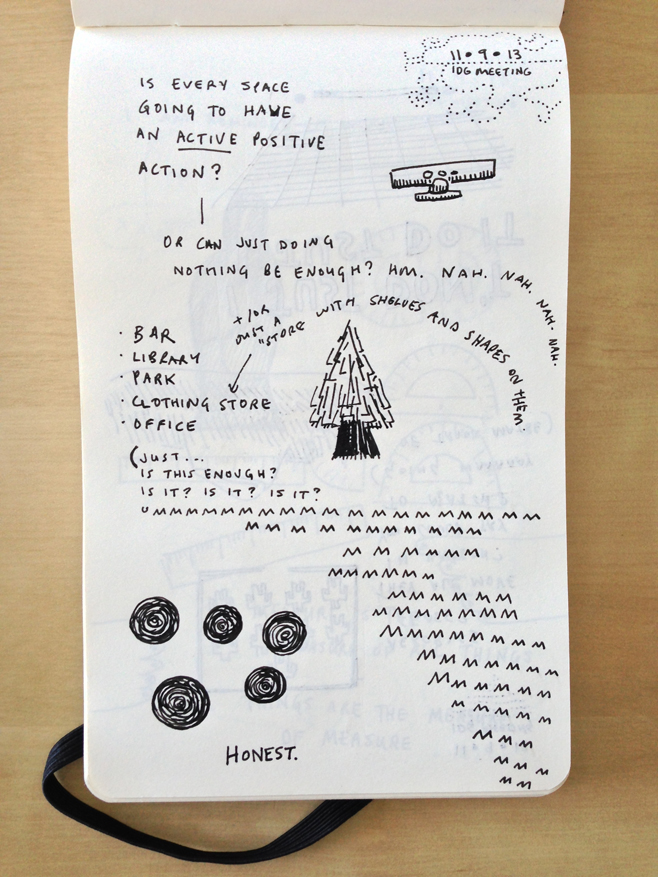 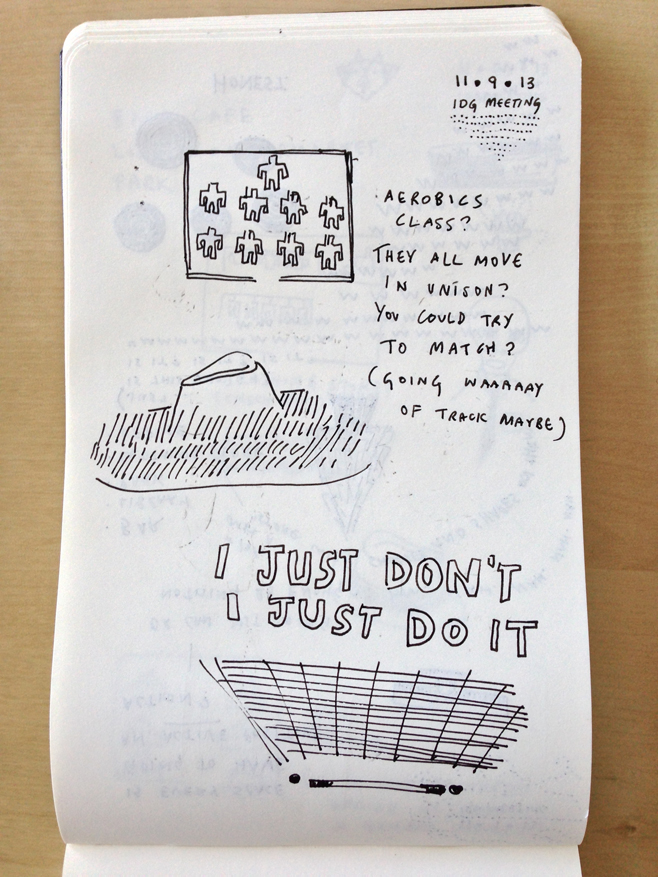 Play Jostle Bastard.  Then dig into earlier builds in Memory Lane, learn about the game’s development in Pippin’s Jostle Diaries and read a discussion of satire in gaming between Pippin and Stu Horvath in the Jostle Letters.

Playable is an ongoing series that examines the development of games by developing games. To learn more about the series and play the previous installments, be sure to check out the official Playable page.