“He said there’s nothing I can prescribe / To keep your raunchy bag of bones alive.” – The Flamin’ Groovies, “Slow Death”

The other night, I went to the venerable New Jersey rock venue, Maxwell’s, with some friends to see a show. We wanted to say goodbye to a place that played an important part in our lives for many years. 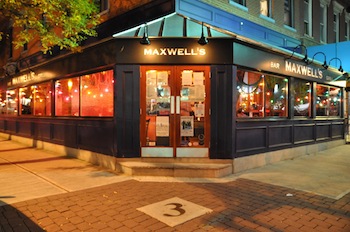 Given the nature of our visit, my friend Emily and I wound up talking about death, its inevitability and how, ultimately, that it is an empowering motivator. Mortality drives us to be better and to do as much as we can with the limited time we have – it puts the rich, the poor, the middle class, the righteous, the damned, the indifferent – all of us, on equal footing. Emily and I stood there, drinking at least our fourth adult beverage of the evening, drunkenly pondering life’s myriad trajectories and its inevitable conclusion as we stared at the empty stage.

Before home video, movies were available in movie theaters, on 16mm prints at schools or libraries and on network TV. Then came the video stores. During the reign of VHS, movies weren’t available for sale immediately. Video stores would purchase them from the studios for between $50 and $100 per tape and release them to the rental market. Two to three months later, the videos would be available for consumers either used or brand new from the manufacturer, priced at a much more affordable rate. During the age of the video store, people’s movie collections boomed. I was no exception.

The first time I went to Mondo Kim’s was somewhere between high school and college. Located on St. Mark’s Place, off of Cooper Square in Manhattan, Mondo Kim’s was three floors dedicated to underground music and the whole of cinema. The first floor sold CDs, the second floor sold movies (on VHS and later, DVD) and the third floor was Kim’s legendary video rental collection. I’d already loved movies – from art house to grindhouse – so I’d built a decent VHS collection starting around the 6th Grade. Before I found Mondo Kim’s, I primarily shopped at Blockbuster, the Suncoast at Willowbrook Mall or, if I was really lucky, the Tower Video in Paramus (they had the best retail collection). 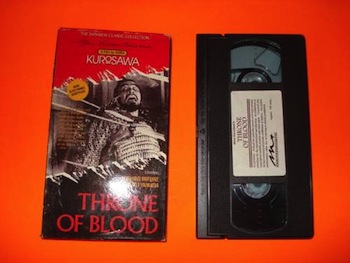 Evil Dead 2, Night of the Living Dead, all five Halloween movies and even Assault On Precinct 13. However, when I first set foot on Kim’s second floor, my world was changed forever. Suddenly, films like Akira Kurosawa’s Throne of Blood, Jean-Luc Godard’s Band of Outsiders and John Cassavetes’ Shadows were available to me, not to mention cult films like Dawn of the Dead and Repo Man that were, at the time, out of print. Finally, a video store that catered to film lovers!

During college, I got a job working at a Blockbuster. Blockbuster was a bullshit video store, valuing quantity over quality in all things except their employees’ paychecks. However, five free rentals are five free rentals, so I was a register jockey and tape rewinder that worked for minimum wage and the chance to see John Waters’ Pecker a week before it was released to the masses.

Blockbuster was the most omnipresent video store in suburban New Jersey, but it wasn’t a “real” video stores. Blockbuster killed most of them with their slashed prices and abundance of new movies on VHS. Before Blockbuster, the area was filled with a slew of Mom and Pop video stores. The one I went to as a kid was Palmer Video. Palmer, as near as I could tell, was a small franchise. There were two sections (that I knew of).

The front was filled with new releases, Nintendo games, VCRs to rent and buy, tape head cleaners and VHS tapes for sale. The back room had category movies like Family, Comedy, Drama, Action and my favorite, Sci Fi/Horror. The aisles were like an endless movie marquee to my young mind. Of course, I wasn’t allowed to rent most of the movies in that section. But the VHS boxes for Deep Star Six (a ghostly undersea suit), Friday The 13th Part 3 (a bloody knife stabbing out from the box) and Silent Night, Deadly Night (an axe-carrying Santa Claus coming down the chimney) filled me with a curious dread.

I’d worked through a lot of those movies over the years, whether at friends’ houses or guilting my dad into renting one for me when I was home sick with the flu. But there were some I never got around to seeing. When I got the job at Blockbuster, I started looking through their categories, hunting for the VHSes of yesteryear. I’d missed out on Silent Night, Deadly Night. I figured Blockbuster would have it as it was a cult film of some notoriety, but the one I worked at did not. 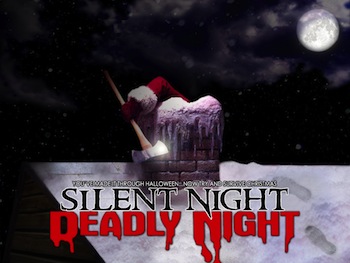 Mondo Kim’s, like Nutley’s Palmer Video, is no more. Blockbuster Video filed for Chapter 11 and operates about 500 brick and mortar stores, a “raunchy bag of bones” that serves as a cautionary tale about mismanagement. The dawn of the video store changed how people watched movies by introducing an affordable format for the home. And now technology has advanced so much that a movie can stream right to your TV.

Netflix, Amazon Instant Video and even HBO Go have changed the way we watch movies and even TV. While thinking about Maxwell’s, Hoboken isn’t the place for that kind of a venue anymore. Its artistic community has dwindled, replaced with young residents who would rather watch TV at the bar than listen to a live band. Everything ends, but everything starts too.