Memory is a funny thing. I often forget the name of somebody I’ve just met, but can recall a specific thing from over 25 years ago, like my dad buying me my first comic book from a little newsstand next to the barber shop in Washington Township, New Jersey. I also remember going to see Return of the Jedi at age three with my father and sister and being absolutely terrified of Jabba the Hutt. But the memories that keep coming back are the covers of VHS boxes, specifically of horror movies. The cover artwork for so many ’80s horror movies stuck with me all the way into my nightmares. It’s funny now, as I’m getting around to watching some of these films, how silly they are. 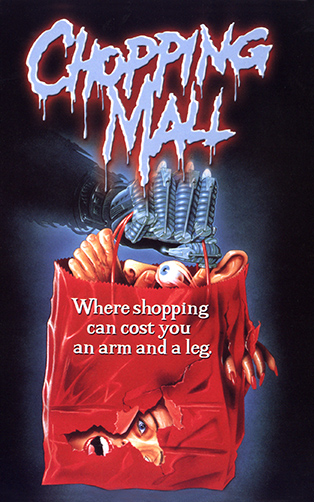 My earliest memories of renting movies was going to the Ridgewood Public Library with my mom. They had these binders there with photocopies of the movie covers available to rent. The quality of these photocopied covers was terrible, so I would rent based on the title of the movie and the fact that it was animated. This would lead to some odd movie-watching experiences. The erotic and surreal European animated film Fantastic Planet? Sounds great! It’s a good thing my library didn’t carry Heavy Metal or Fritz the Cat. It wasn’t until later that I would accompany my dad to one of the fine video stores Ridgewood had to offer in the 1980s. This was when shit got real.

My family alternated between two video stores, Video Dynamics and Video USA. Video Dynamics was a bigger store with a large selection of movies (many of which I’d later find out were bootlegged) and Nintendo games. Video USA was smaller, but had a 2-for-1 rental special that my parents couldn’t resist. It was at these two places I either stumbled onto some terrifying horror movie covers, or was floored by bold images of blood, boobs and monsters.

It was at Video USA that I first accidentally picked up the box for Chopping Mall. It looked kind of cartoony, but once my little eyes settled on the image of a bloody shopping bag full of chopped-up body parts, I realized this image wasn’t leaving my head for the next few days. It was also at Video USA where I first saw the skull-like little girl doll on the cover to Dolls. I still won’t go anywhere near that one. Honorable mention: House, which featured an image of a severed hand ringing a doorbell. This managed to gross me out more than anything else.

Video Dynamics had a wall full of nothing but horror. This was like the cover of Chopping Mall on a galactic scale. My first time encountering it was not unlike young Fairuza Balk entering the hallway full of living decapitated heads in Return to Oz, a case of a seemingly innocent movie for kids being pretty fucking creepy. Ghoulies put in my head the notion of a bald green monster residing in my toilet, Bad Dreams informed me that by seeing this image of a woman with a burnt and bloody hand over her face that, yes, I would have nightmares. Lucio Fulci’s Zombie cover was the grossest – the worms crawling around in that zombie’s eye socket, ugh. Silent Night, Deadly Night featured the arm of Santa coming out of a chimney brandishing an ax. Back then I thought, if that’s what he’s like, then I hope he’s not real! 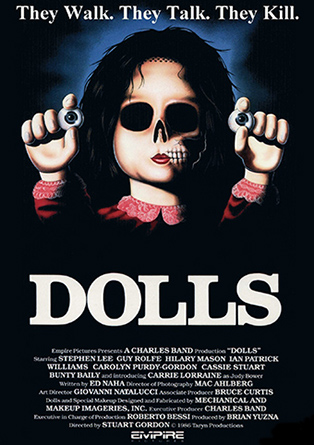 Not all of the horror movie covers terrified me. That skull with its big wide eyes on the cover of Evil Dead 2 looked like he knew where the party was. The alien on the cover of Bad Taste was giving the finger, that’s pretty funny. I always thought Jason Voorhees was cool-looking, so the Friday the 13th movies never scared me. Like many children of the ’80s, I didn’t get around to watching the movies until long after I had acquired merchandize from that franchise, especially the mediocre NES game, which was more annoying and stressful than frightening.

When I got around to watching most of these movies, I found they did not live up to the years of terror inspired by their box art. Chopping Mall  is probably the most laughable, as it basically is about robots that look like Pauly’s robot from Rocky 4 killing a bunch of teenagers who stick around to have sex after the mall closes. Silent Night, Deadly Night became a popular flick amongst me and my friends in high school around the holidays because it was so ridiculous, especially the antagonist Billy’s halfhearted war cry of “Punish!” whenever he killed one of his victims.

Now I’m a horror buff who has watched many a movie full of blood, boobs and monsters. I understand that a lot of the VHS covers of the 1980s were marketing ploys to get people to instantly rent movies with no questions asked. It says a lot that the VHS art for these movies made such an impression on me. The era of these VHS covers has long passed, and along with it,  those mom-and-pop video stores. Like those images, the comforting ritual of going out to rent movies on a Friday night are now simply memories.