I want to tell you about my friend Rich.

In all honesty, I don’t know Rich nearly as well as I would like to. I have friends from other parts of the country who pop up in chat windows every day. I have friends here in New Jersey that I grew up with; I know them the same way I know the lines in my hands. Rich, sadly, is neither of these. He lives in Louisville, Kentucky, so I only see him a handful of times a year and we’re both busy people – his chat window only pops up intermittently.

Every time I log in to Twitter, I feel like I am strapping a bomb to my chest and waiting for a stray cinder to set it off.

It popped up yesterday. With typical all-caps enthusiasm, Rich told me his fiancé had given him tickets to see Drake in concert. I couldn’t tell you the last time I was as excited about something the way Rich is excited about this concert. I am not much of a hip-hop fan either, but sure enough, Rich’s fervor was infectious enough that I popped Drake onto Spotify while I was at work. It didn’t really light my fire, but that’s not the point.

Rich is also a devout Christian, of the Baptist persuasion. Despite my problematic relationship with matters of faith, Rich always has a moment to answer my profane questions. He always patiently explains his beliefs without a hint of judgment – he can respect my perspective even as he disagrees with it. He’s just happy to share.

I’ve been trying to stay off Twitter as much as possible lately. Something has been scratching at the back of my brain for a while now. The promise of the social media revolution has tarnished for me. The tone of the conversation has become too shrill. A new controversy erupts almost daily. The default response is outrage, the louder the better.

It is easy to chalk this up to the internet being the internet, but unlike comment boards and the cesspool of Reddit, my Twitter feed is populated by people whom I respect and admire. And yet, every time I log in, I feel like I am strapping a bomb to my chest and waiting for a stray cinder to set it off.

While I was thinking about writing this piece, I walked over to the corner store to get a snack. It was a gorgeous night here, made even more so by the miserable two weeks of the heat wave that preceded it. Feeling that cool breeze was as relaxing as a massage.

When I got to the store, the clerk was hauling out the trash. I held the door for him. He didn’t know what to make of that. 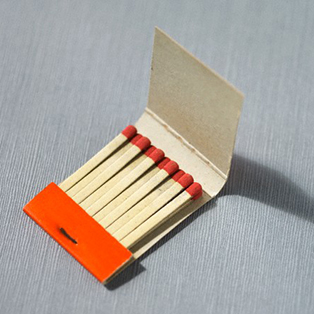 I perused the meager selection of chips and another customer walked in. He wanted a pack of matches and nothing else. This is a perennial problem in delis and corner stores. A book of matches is usually complementary with a pack of cigarettes, so the logic of agitated gentlemen at 3AM is that they are complementary without a pack of cigarettes. Yet, since it is a store and not a matchbook dispensary, most clerks instinctively balk at simply handing them out. This clerk offered to sell the man a lighter.

The man’s response was, “No, I want matches. Like I asked for.” (You can fill in your own swear words.)

They stared at each other for a moment. I stared at them, Tostitos in hand.

Finally, the man grabbed a package of Ritz crackers, the ones with peanut butter in between, and slammed them on the counter. “These. And matches.”

He paid a dollar for the crackers. The lighter would have cost him 89 cents. He tore open the package as he stalked away and shoved two in his mouth. Through the crumbs, he said, “Fwug you,” to no one in particular.

I paid, said thank you and wished the clerk a good night. He didn’t know what to make of that either.

What I said earlier about Twitter is easy. As my friend Gus pointed out to me, complaining that Twitter is dumb is like saying Hollywood is fake. People tend to see things in binaries: right versus wrong, smart versus dumb, us versus them. That’s a trap.

And it is well baited. When someone leaves a mean spirited comment on a story, something you crafted with effort and earnestness, it is hard to not return fire. To engage with a thoughtful, inquiring response is nearly impossible when you feel attacked. The natural impulse is to lash back, to scorch the earth. Even the name we call these commenters – troll – characterizes their behavior as monstrous.

When a squall rises on Twitter, it is very much the inverse. Inevitably, someone says something stupid and the digital mob forms to march the offender to the pillory where they are lashed repeatedly, sometimes by hundreds of people. No matter how egregious the flashpoint, no matter how righteous the mob, this is bullying on a tremendous scale.

Worse, it is all a cycle. To brush up against this nastiness is to be infected by it, to slowly become nasty yourself. It’s a social infection that is constantly being re-transmitted.

The cretin who has nothing but nastiness to spew, the unthinking fool who riles the mob and the mob itself, rabid and frothing. These are ugly things. Witnessing them makes my guts churn. The thing is, they aren’t actually the problem. We’re all exactly the same, not monsters or press gangs, but people. The problem actually lies with me. I give those things power over my mood.

Rich and I have talked about some of the dramas as they’ve unfolded, me snarling, him thoughtful. The most valuable thing I have learned from Rich, from his patience and empathy and willingness to listen, is that the only thing you can change and control is yourself. Nothing I can say or do will stop the internet from being the internet, or convince the man who wanted matches to not be rude. To think anything else is to become like them. All I can do is smile, be polite and hope that somewhere down the line, I inspire someone to be a better person, the same way Rich did for me.