In 2003, a 38-year-old British woman named Joyce Carol Vincent died, a small pile of Christmas presents on the floor. She was wrapping them while watching the BBC1 channel from her living room when she collapsed. But no one knew about her demise for three years; only when building officials barged into her flat to repossess it did they discover her passing. They found her skeleton lying on the sofa, the television still ceaselessly broadcasting the channel’s scheduled programs.

Why did it take anyone three years to realize that a woman has passed away? The answer was a sobering one. Vincent’s absence was not out of the blue, for she was long estranged from her family and had reduced contacts with her friends. In fact, while her family wrote several letters to her, they took her lack of response as confirmation of her wanting to break ties. But perhaps she might have been discovered much earlier if her death had taken place in recent years; it is almost impossible not to leave some sort of digital footprint in this era of near-ubiquitous connectivity, with cyber security experts even stating that completely erasing this trail is a tall order. And perhaps I just wanted to inject a little bit more optimism in this melancholic episode.

With that in mind, this ubiquitous connectivity may be why figuring out what happened to Sam, the missing protagonist of A Normal Lost Phone, via a phone was both simple and believable—and why presenting this story this way makes the game incredibly relevant today. It is a modern retelling of all the stories we have seen take place, in the videogames we’ve played.

It’s hard to talk about the game without referencing the project’s biggest influences though: Gone Home, Her Story and Life is Strange. A Normal Lost Phone is so reminiscent of these games—most of all Gone Home—that it is tough not be reminded of their brilliance as you play it: the masterful environmental storytelling of Gone Home; the ingenious presentation of Her Story; and the unexpected narrative depth of Life is Strange. 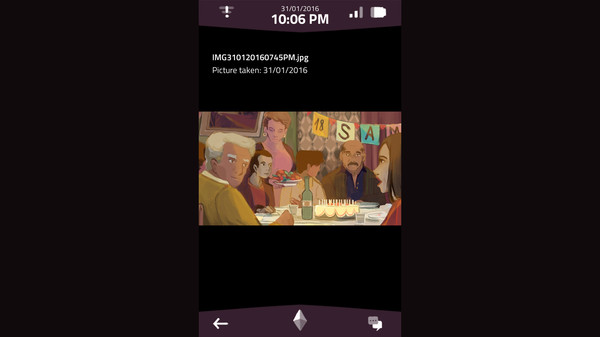 Luckily, A Normal Lost Phone is not an overwhelming mix of its influences, and exploration of the phone’s content feels natural, albeit invasive. You can pour through all the text messages, pictures, calendar events, and even a social media app for a clue to Sam’s whereabouts, personality and relationships. You can crack the phone’s many passwords to gain access to secrets tucked away in the device’s virtual recesses. You can even impersonate Sam by sending emails and text messages on the phone. Moralistic preaching about invasion of privacy aside—besides, you could always reason your way out of this dilemma by explaining that you just wanted to return the phone—A Normal Lost Phone is an immersive experience because it does feel like you’re snooping about in an abandoned phone most times. On other occasions, however, clues in the form of the text messages and emails are so lacking of any subtlety that it almost feels like Sam is expecting a stranger to ransack the phone eventually. 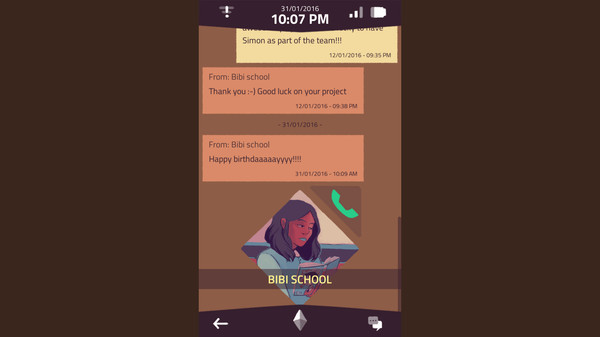 It is easy to see what the developer, Accidental Queens, has set out to achieve with A Normal Lost Phone. We are meant to sympathize with its owner’s predicament, understand the teenager’s choices and see that this shitty world can be a better place if we can be a lot more empathetic and supportive—and these are reminders we need now more than ever. A Normal Lost Phone has done so with such earnestness that it is difficult not to like the game, but it lacks that bit of polish and luster that would elevate the title to the upper echelon of interactive art, where its influences are at. The developers had tapped on the smartphone—a highly personal artifact in this digital era—as a narrative tool, but could still have wring the device’s storytelling potential a lot drier. Rather than just having us read through the phone’s content like a novel, the device could afford to be a lot more interactive. Nonetheless, its intended message was clear, and I’ve learned a powerful lesson from this experience.