When improvising with fellow musicians, the most beautiful moment of the jam occurs when there’s a miscommunication. Perhaps the drummer fails to telegraph a time signature change, the bassist attempts unsuccessfully to switch keys, or the guitarist commits to a histrionic solo while his bandmates try to slow the pace. The song very nearly unravels, breaks, but one instrument hangs on to a singular string of an idea, allowing the rest of the band to latch on and reconstitute the rhythm and melody from what was, briefly, total chaos.

That is videogame testing. 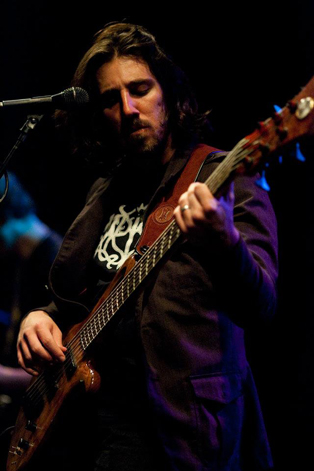 There’s a widespread belief that QA testers play videogames for a living, in a couch and living room sense. That is false. Efficiently playing through a videogame is a skillset of its own, but it’s born of repetition and pattern recognition rather than creativity, like a bedroom guitarist piecing together a note-for-note Hendrix solo. You don’t actually have to be talented at beating videogames to become a good videogame tester.

The more cynical among us may joke that testers actually break games for a living. While this is often the case (and it can be great fun!), it’s a gross oversimplification. The destructive grand finale of a Who concert is not the sum total of a Who concert. Obliterating an instrument or a piece of software is only as valuable as what is communicated by its destruction. In music, at the culmination of a powerful performance, instrument sacrifice is catharsis, a statement of Dionysian anti-art. In games, it is impishness, an understanding of the rule set and the cleverness to snap its weakest points.

Videogame testing encompasses both play and destruction, but at its highest level, it is represented by the musician who identifies that last coherent string of an unraveling song and is able to succinctly communicate its reconstruction to the other members of the band. It is finding the underlying structure in what appears to be chaos. Just about anyone can point out software bugs when they occur, but truly great testers not only understand the problem, they help lead the debugger to its harmonious resolution.

Guitarist Nick Cohon, drummer Brennan Kunkel and I (vocals/bass) formed the heavy metal band Cormorant in 2007, with Matt Solis (guitar/vocals) joining two years later as we wrote our debut full-length Metazoa. I can’t speak for each member’s goal for the band, but my vision was always to adapt the storytelling conventions of ’60s folk music to extreme metal, a genre not renowned for its lyricism. On the occasions I’d visit my father as a child, he would often play Bob Dylan’s “Hurricane” for me, and its linear journalistic structure became hugely influential to me as a songwriter. Musically, we attempted to fuse elements of the progressive black metal of mid-period Enslaved and Celtic Frost with early ’80s heavy metal riffing, all while maintaining a loose compositional style inspired more by jam bands than thrashers.

It took until our third album, December 2011’s Dwellings, for me to feel that we had truly married words and music successfully. We explored such topics as the contrasting mythology and history of aboriginal Australians, the horrific 2008 military junta in Guinea and the sacrifice of cosmonaut Vladimir Komarov. The album was tracked mostly live to analog tape to sound as raw and immediate as possible. At a time when the music industry was (and still is) in shambles, Dwellings prompted an explosion of media coverage rare for an unsigned, DIY metal band: NPR metal album of the year, interviews and glowing reviews in music magazines worldwide, national tours with longtime heroes Primordial and Yob…the physical album’s pre-orders were so popular that we had to commission a full second pressing immediately upon its release to keep up with demand.

In November of last year, the remaining band members and I announced in a joint press release that I would be leaving Cormorant to further pursue my career in videogames.

I joined Telltale Games as a quality assurance tester in May, 2012. I had no prior videogame or technical experience. Ostensibly, I was hired due to a history of promotion in an outside industry (I was managing director of a recycling center at the time), personal recommendations from two acquaintances employed at the company and my French fluency (valuable in localization work). I feel my background in music helped as well: the director of the QA department is a longtime musician himself, so we spoke the same language. Normally I tended to strike all mention of my band from my résumé, since scheduling conflicts with gigs and recording dates had cost me jobs in the past. But my colleagues at Telltale not only tolerated my music, they supported and stuck by me when I left on a nearly three-week-long tour only a few months into my employ, and right in the middle of The Walking Dead crunch. I’m extremely grateful the company afforded me the opportunity to travel the country and play those final shows. It allowed me to close that chapter of my life on a high note.

On those long stretches of highway in the van between gigs, I’d miss my wife, Amber, terribly. I missed work and my friends there as well. I’d write imaginary testing plans in my head to keep my focus off the loneliness. 3DS itinerations of Metroid Fusion and Zelda and regretful amounts of free booze were a respite as well. I’d video chat with Amber and check work e-mail whenever I could secure a Wi-Fi signal. I came to realize during those tours that I was just as passionate about videogames as I was about music. Working at Telltale offered all the creative outlets of the band, but it also presented a viable career path and allowed me to build the stable family life I always wanted. As exhilarating as those shows and crowds were, as amazing and generous the people we met on the road were, it grew clear to me that I didn’t want the rock star life and I would be holding the band back.

When I returned from that tour, I cut my hair. In past blue collar jobs, I had always been urged to cut it (safety hazard around heavy machinery), but I’m a contrarian and refused. Telltale didn’t care about my appearance at all, so I felt I didn’t have to prove anything anymore. My first week back, I recall writing about three hundred bugs at a fever pitch. I wanted to put some last-minute personal stamp on that episode before it was submitted. I felt pangs of regret that I had forever closed off a creative avenue to myself. Those feelings didn’t last long. Bugs, surprisingly, can be quite expressive.

An old jazz adage states that it’s the notes you don’t play that matter. Bug writing is similar. A well-written bug communicates the exact information necessary to reproduce and fix the issue in the fewest steps possible. It demands rigorous self-editing and critical analysis, and benefits from the same “addition by subtraction” truisms prevalent in music. In a time crunch, every minute you save an overworked developer from pruning irrelevant info is crucial. Each bug is also clearly defined by the unique personality, vocabulary and syntax of its reporter, and most of our QA team can identify who wrote any given bug by scanning a couple of sentences within it, or simply examining its formatting.

One instrument hangs on to a singular string of an idea, allowing the rest of the band to reconstitute the rhythm and melody from what was, briefly, total chaos.

Once a bug is submitted, its life cycle ideally consists of a developer receiving the bug, fixing it based on the information within, marking it “resolved,” and sending it back to the tester to regress (i.e. verify that issue has been fixed). But sometimes at smaller studios like ours, happy accidents happen, and the tester and developer jam together on a solution. A programmer may walk over to a tester’s desk to see the issue reproduced live, a designer may tweak the difficulty of an action sequence on the fly for QA to review incrementally, a dialog could open up between tester and director about the sound effects chosen for a particular scene, a tester could work alongside the art department to prep a game’s textures for iOS, or marketing could collaborate with QA to proofread a press release. Telltale’s company environment is such that at any given moment the CEO could stop by some testers’ workstations to ask their thoughts on a game in progress, or maybe just to invite them to a real jam session at his friend’s rehearsal studio.

Cormorant is still going strong without me. They’re hard at work on a fourth album, which I can’t wait to hear. Apart from interacting with our fans, I look back most fondly on our improvisational jams, those exciting exchanges of ideas, the give-and-take where any riff could collapse or turn beautiful at any moment. I feel so fortunate to have discovered a career that approaches that same musical rush of play, destruction and re-creation.

Arthur von Nagel is a quality assurance lead and localization specialist at Telltale Games and the former vocalist and bassist for the heavy metal band Cormorant. Follow him on Twitter @arthurvonnagel. You can download all three of his albums for free at cormorant.bandcamp.com.