My golden decade was the ’90s. The year 1990 holds particular significance to my childhood, as it marked the release of Sega’s Mega Drive (aka Sega Genesis in North America) in the British Isles. In fact, one of my earliest memories is of my younger brother and me standing in my uncle’s living room, watching in awe as he navigated Sonic and Tails through the iconic half-pipe special stage of Sonic the Hedgehog 2. It was literally the most amazing thing I had ever seen.

And so began the nagging.

It was beyond a simple want of the console. We truly needed to play those mesmerizing games. It was important in a way we couldn’t understand or explain. So every birthday, every Christmas, every single visit to an electronics shop and every other opportunity that presented itself we would nag – nay, beg – for our parents to do the right thing and give us what we so sorely needed.

Not only did my parents play videogames, they were better at them than I was.

The answer was always, “No,” with little elaboration beyond the standard, “You don’t need one.” Another response was, “There’s nothing wrong with the toys you have.” Eventually we would be scolded for our constant nagging and had no choice but to stop and sulk. Our parents didn’t make sense. They didn’t understand.

Our time came some years later when they bought a display model Mega Drive II with a copy of Aladdin from an electronics shop run by our region’s electricity board. It was anticlimactic, to say the least. No grand surprise, no birthday to explain it; after years of nagging, our parents just bought the thing and that was that. How annoyingly nonsensical.

We were nevertheless ecstatic about getting the system and played the hell out of that little black square, so much so that our parents had to lay down rules that allowed for only Friday afternoon and Saturday play. Again, there was no argument to be had, no negotiation – our parents’ word was final. If only they understood the sheer wonder of videogames, the colors, the sounds and the challenge they brought into our lives. Their dislike of gaming and the rules they created to enforce this dislike were another part of the childhood enigma of parents and their peculiar ways.

Consoles came and went. We got our first PC; we got the Internet. I became a teenager and finally, with some resistance, I became an adult. However, two things remained exactly the same: First, my parents continued to regard videogames and the attached consoles as nothing more than complicated toys. Second, I continued to play videogames, introduce my parents to them and defended them from their apathetic comments. 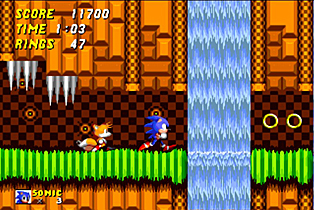 It took some time to unpack my hoard of retro games following the move into my current flat last year. A significant proportion of my collection is comprised of the very same Mega Drive games my parents bought me and my brothers throughout those early years.

As I sorted through some of my oldest games, I caught a glimpse in my mind’s eye of a long-forgotten memory, a memory that didn’t make sense, a memory of my mum and dad sitting there, playing on our Mega Drive. I went back through my oldest Sega games, desperately trying to pinpoint which title had conjured the rapidly dimming memory until I held in my hands the very same copy of Aladdin that accompanied our Mega Drive all those years ago.

My nighttime visits to the toilet were a common occurrence when I was a young boy. During one return trip in particular, I noticed that the light in the spare room was on. Moving closer, I heard the voices of my parents and the familiar sounds of Aladdin being played. I opened the door to see my dad playing a level I had never seen before. My mum sat next to him, watching, encouraging him.

Not only did my parents play videogames, they were better at them than I was.

After that, our parents would describe the new, previously unseen levels of the games my brother and I were desperately trying to master, as well as giving hints on to how to do it ourselves. I can remember a few rare occasions where my dad would do a particularly tricky part for us or would himself play with us watching. If my memory serves me well, however, this didn’t happen often and after a while they stopped altogether. 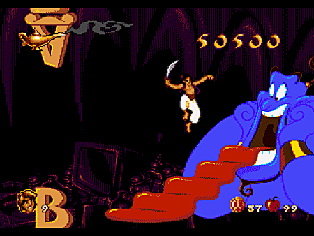 It’s difficult to patch together childhood memories into a cohesive timeline. My parents, unaware of the impact gaming would have on the future of their children, have not even a single photograph of us playing together that may add clarification to our memories. What I did know was this: At some point my parents enjoyed playing games and at some point this enjoyment stopped.

Of course, I brought up these fuzzy memories during a recent chat with my mum, just to make conversation more than anything. The story she would tell, however, threw my take on my parents’ opinion of games on its head.

It seems that during his university days, my dad was an avid arcade and pinball player and my mum, who met my dad at the same university, acted as his “co-pilot,” keeping an eye on rogue enemies and providing words of encouragement.

I sat there stunned as she furrowed her brow, listing titles like Pole Position, Battlezone and Asteroids without even the slightest inkling of the legacy such games have left behind.

Our talk continued and my mum moved onto the topic of the Mega Drive. She explained how they were extremely poor during our early years and that for as long as we had wanted a Mega Drive, our dad had wanted to get us one. But at prices way into the hundreds of pounds, it simply wasn’t possible. Not wanting to worry us with their financial burdens, they gave their own cryptic reasons for not getting one in the hope that we would let it drop.

Even so, for as long as we had nagged our parents, my dad had nagged our mum to let him save their money to treat us. It was my dad who had hunted for the right bargain, it was my dad who found the display model for sale and it was with his own money that my dad went in and bought it. And while they did indeed buy it for us, my dad played on it while my mum watched, recreating those times they shared in front of the glowing screens of their university bar’s arcade machines. 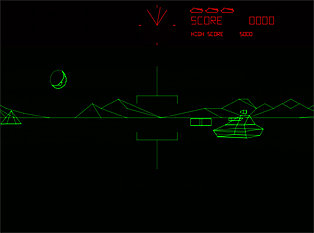 The short story soon came to its baffling conclusion as my mum described how I in particular quickly surpassed the skill level of our dad and became a “backseat gamer,” telling him what to do and how to play, at which point he dropped the hobby entirely, never to pick up the controller again.

Whether my dad found me too annoying to continue playing or had, in his own way, passed the torch to his eldest son is something I’ve yet to figure out. My parents never considered our family’s game-related moments to be of much significance and as such, their memories of them seem worse than their children’s.

Regardless, I find myself wondering if things would be different now if my parents had stuck with the hobby. Perhaps we’d be sending each other videogame-themed Christmas cards, or maybe I’d be chatting to my dad over a headset right now while we racked up kills on Halo 4. If only I hadn’t inadvertently pushed them away from it all.

But the more I think about it, the more I realize that my parents’ lack of interest in gaming only strengthened my determination to prove to them that it was and still is a hobby worth my time and money. I most certainly wouldn’t be sitting here writing this article, otherwise. Strangely enough, when I told my parents that I was entering the world of freelance writing and game journalism, I met none of the resistance I had anticipated. In fact, they highly encouraged me to pursue my dream. Even in my adult years I find the minds of my parents unreadable.

My mum has been playing a combination of World of Goo and Plants vs. Zombies on her PC for well over a year now. I never gave up trying to introduce her to new games, and now it seems I have found the chink in her armor. My dad still doesn’t play games, although he’ll sometimes take a moment to reminisce about his favorite pinball machine. In a way, I should be thankful for their continued lack of interest in videogames, as the day they come home with a Wii U is the day I stop trying.

Hedwig and the Angsty Witch