I can tell you with some authority that making a movie is hard. First, a filmmaker needs to have an idea and he needs to write that idea down in a way that other people can understand it. Then the filmmaker needs to realistically assess how to shoot this amazing movie that he has in his head. That last part usually requires asking people for money.

Recently, I’ve been in my own kind of Development Hell.

In David Hughes’ Tales from Development Hell: The Greatest Movies Never Made?, that’s about the time that things usually fall apart. The quote from Douglas Adams that opens the book, “Trying to make a movie in Hollywood is like trying to grill a steak by having a succession of people coming into the room and breathing on it,” sets the reader up concisely. Each chapter reinforces this observation to the point where I wanted to rip my hair out.

Recently, I’ve been in my own kind of Development Hell. I work in a field that doesn’t particularly excite me and there isn’t much room for advancement (but they have decent health insurance). My living arrangements over the last year have been tumultuous. I moved twice in the same year thanks to my own gullibility. I was about to move a third time, but then I decided I needed to take a vacation. I’ve been questioning what my next step is, both personally and professionally, and I haven’t had a mo 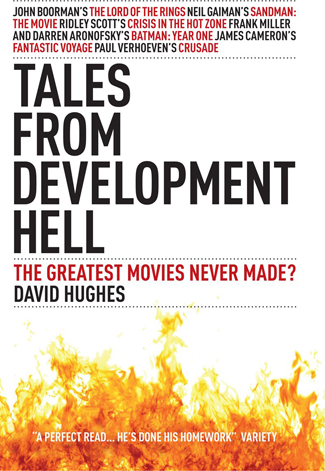 ment’s peace for a few months. Vacation would give me a fresh perspective on things. So, I took some friends up on an offer to visit Los Angeles.

I read Tales from Development Hell while on vacation. The book is full of fascinating stories about how easy it is to fail at making a picture in Hollywood. Mr. Hughes meticulously researched each of the films covered in the book and weaves some damn funny tales out of people’s crushed dreams and expectations.

While in L.A., I made sure to drive down Sunset Boulevard, visit the LaBrea Tar Pits, have dinner at (the haunted) El Compadre and visit the New Beverly Cinema. Most importantly, I got to spend some quality time with some friends I haven’t seen in a few years.

While cruising the streets of Los Angeles, I felt my love of cinema itself begin to bubble to the surface in a way I hadn’t felt since I was a film student. Sure, the thoroughly documented stories in Development Hell made me facepalm more than a few times, but there is so much love of movies in there that the positives shine through in quotes from screenwriters and producers throughout.

This is an updated edition of Tales from Development Hell. It has a new last chapter where Mr. Hughes details his own struggles with Development Hell while working on Airborne (Outbreak on a plane), Exorcist: The Beginning and T.J. Hooker – The Movie. From Batman: Year One to Total Recall 2, you can’t help but marvel at just how clumsy the Hollywood system can be and just how quickly a good idea can morph into a logistics disaster.

I deal with logistical problems at my 9-5 every day. Imagine if ten people all want something delivered in the same 2-hour window. Only three or four of them are going to get that to happen and four is pushing it. A big part of my job is to tell the other six or seven people that they need to be a bit more flexible. While reading Tales from Development Hell, I couldn’t help but see the similarities between getting a movie made and helping to schedule home appliance deliveries. Sometimes, everything works out but most times, all parties involved push for something that is never going to happen.

I spent a few years making a go at filmmaking, but eventually realized I didn’t have the chops to direct or produce a project. There are a lot of moving parts in the filmmaking process. It takes a very specific blend of technical knowledge and extreme 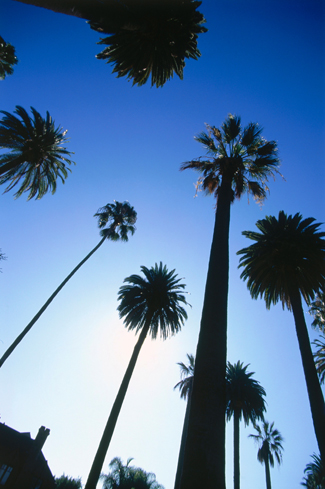 schmoozing skills – both of which I lack and, try as I might, they continue to elude me. So, I decided to concentrate on writing. After all, writing just requires you, the reader, and me, the writer. Well, we need a medium and an editor too, but you’re intelligent – I’m sure you know what I mean. I took some improv classes too, which were a massive help when it came to finding the game in an idea.

As disastrous as the stories are in Tales from Development Hell, I couldn’t help but be compelled by the world of Hollywood. Sure, it’s a land of deceit and rushed big-budget productions (the Indiana Jones IV and Planet of the Apes chapters serve as a useful lesson on both), but the fact that good movies like Drive and John Carter get made spurred some hope into me.

While in Los Angeles, I fell in love. It’s a town FULL of creative folk who are motivated to make movies, comedy and TV. The thing about North Jersey and New York, for me, is that they make me really lazy. I have a lot of bad regional habits and, as I found my way around the vast City of Angels, I realized that it is the place for me. My perspective was clear for a change. I was filled with excitement and thrilled by possibility. My brain, which was feeling stagnant, started working again – figuring out what I had to do in order to enact the move. How much money do I need?  What can I bring? What can I afford? Where should I live? Where can I afford to live? It’s been a month since I returned to New Jersey and I’m just as excited about my big move today as I was when I had the idea. I can’t wait to start fresh, with a spec script or two and several sketches. I’ve been writing like a madman since I got back. Sure, these movies will probably never get made, but the point is to keep going and keep learning.

Mr. Hughes’ prose serves as a well-researched chronicle of the rigmarole major movies go through before they get made. It can function as both a series of cautionary tales as well as just some damned entertaining reading. Tales from Development Hell: The Greatest Movies Never Made? is a treasure trove of stories. So, we never got to see a Planet of the Apes starring Edward G. Robinson as Dr. Zaius or the Beatles as the hobbits in Lord of the Rings, but at least we can read about it.

You can follow Ian as he preps for the great move out West on Twitter via @IanGonzales.