What could possibly inspire such a look of blissful serenity upon the features of Ken Levine, creator of the forthcoming BioShock Infinite?

Kirk Hamilton, Kotaku wordsmith and friend of Unwinnable, recalls the scene at E3 2011:

So I’m sitting in this fairly elaborate backroom setup they had for Bioshock: Infinite and having a chat with Ken Levine for EDGE. It was a nice chat, as chats with Ken tend to be. While he and I are talking, Brian is in there shooting photos for the article, and then Ken’s assistant comes in with this big thing of frozen yogurt. Ken allowed for the fact that this was unexpected, but that he was starving, so he seemed pretty excited about the ice cream. He started eating it while he wrapped up the interview.

So then Brian’s like, “Could I get some pictures of you with the ice cream?”  And I’m like, “Oh, Jesus Christ, Taylor.” And Ken, to his enormous credit, says, “Sure.”

And so then Brian took a bunch of pictures of Ken Levine eating ice cream.

I never said it was a good story.

What can I say? I get the shots. 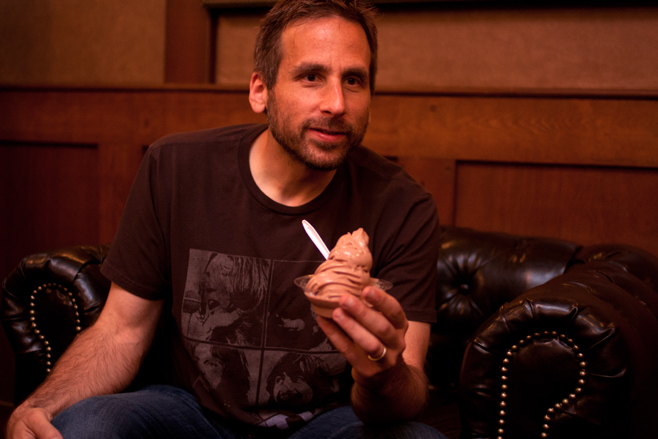 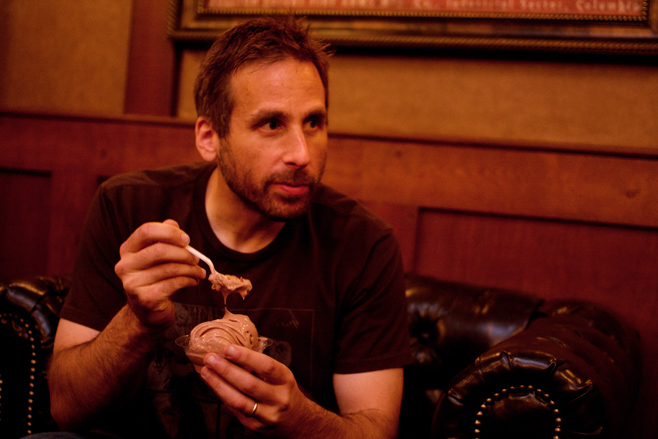 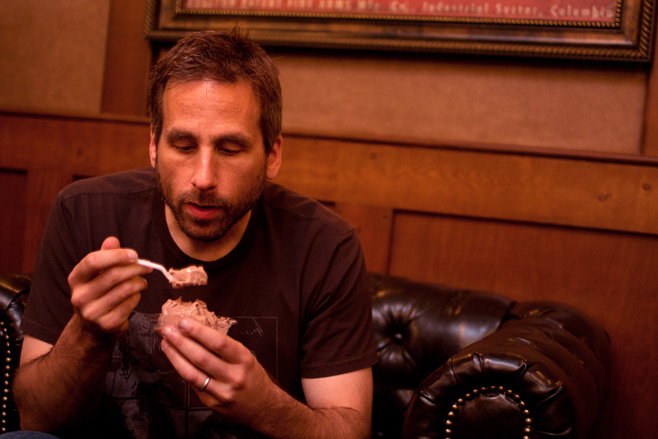 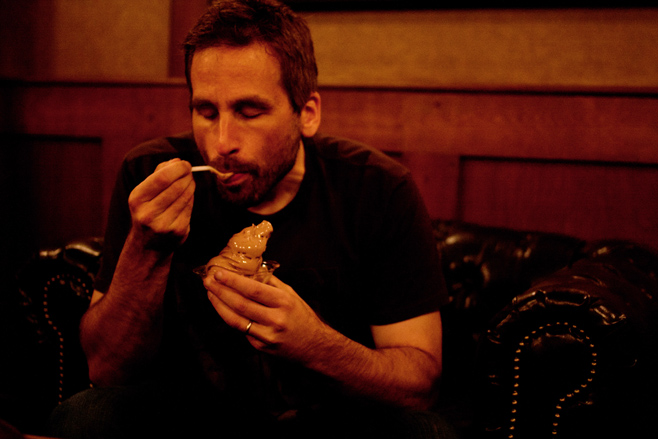 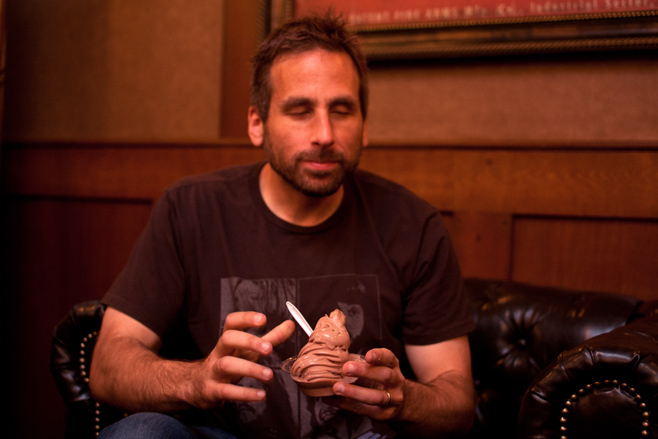 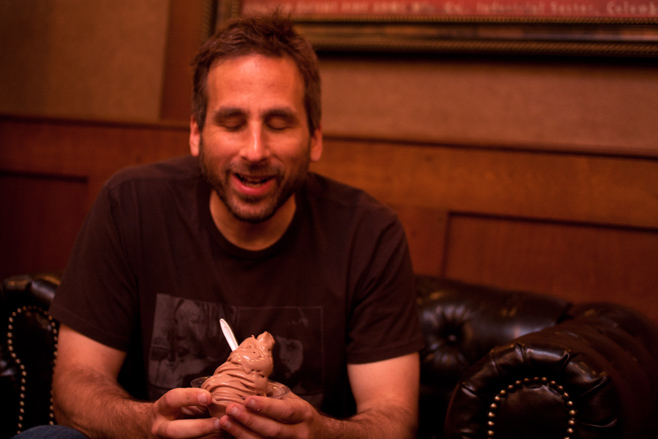 If You Don’t Buy a PlayStation 4, God Will Kill a Puppy
Previous Post

The Gender Gap: So Your Significant Other Doesn’t Like Games