Unwinnable’s Heather Sedlak sat down with Michael Grant and Alex LeMay to discuss their newest project, GoBZRK – a transmedia foray into fiction.

Unwinnable: Tell me a little bit about the project.

So I got a hold of Alex and said “Look, let’s do the transmedia thing together and we’ll do it around this book concept.” It’s a book called BZRK – it’ll be at least three books. I came up with the idea for the book from the start thinking I want to build this out in such a way that we can have an Alternate Reality Game, so that we can get apps, games, fan sites, so we can create this larger universe that can tell multiple layers of stories. So the book is kind of a fixed point in that universe and everything else is more malleable, shiftable and reprogrammable, so to speak.

Alex LeMay: Well, Michael created the universe, and we were able to take that and build things from it. There’s tons of information in the universe – so much it can’t fit into a book. So what Michael gave us in the beginning was basically the idea of wanting to have – before the iPad and all that – a sort of immersive world around a book where you could just click on everything and still read the book. Essentially, what we ended up doing was to combine technology and our ambitions together with the iPad and what the web can do now and how audiences are consuming media. They’ve all converged into this place.

Unwinnable: Can I experience them separately? That is, if I didn’t want to read the book, could I still play the game?

This is the new movie of the 21st century. This is what it looks like – it doesn’t take place in a dark room

M.G.: That’s right. You can have as much fun as you want to have or as little as you want. You investigate as much as you want. We tried to give you as much freedom as you want, and at the end if you think, “Eh, I’m not interested,” then fine – walk away.

But if you’re still interested, like if you go through the ARG and you think it’d be kind of cool to play a game based on that, then great! And if you then think that you’d like to read the book that originated the concept, then we would like you to do that too. We want to give you all those different options.

A.L.: There’s an analogy in transmedia that gets used a lot. You and I go through the same gate to get in to the amusement park. You go right, and you do the roller coaster. I go left, and I do the spinning cups. We all kind of separate, and then we meet at the end. And we’re all talking in the same world, but we’re telling different stories because we went through that in our own ways. But we all kind of came out with the same result: It was a blast! And we bought some things from the gift shop, and it was wonderful.

M.G.: As always, there are limits to what we can do, but yeah. You find that anyway, even with just book series. People follow one character over another. Now what’s interesting to me about this is that if BZRK continues beyond the first three books, I’ll have long since have started getting feedback from the fans and so I’ll know if they want to follow a side character more.

You’re always surprised when you write books in a series or an ongoing thing by who becomes popular and who people really like. So you already think, “Oh God, it’s already done, it’s already baked in so I can’t respond to it.” We’re trying to compress that timeline a little bit so we can get feedback from people into books. And these are easier, of course, into ARG, into the website at GoBZRK.com. And we’re very interested in being able to do that – have fans tell us what they’re interested in. That doesn’t mean I’m going to turn over the whole story to them because, you know, I’m the storyteller, but that means if I see that people are really responding to a side character, I’m going to say, “Oh, interesting, so they really liked that character.” Funny thing is, it’ll usually be a character I like anyway. So I’ll write more about one character and less about another. So we like you falling in love with secondary characters. That’s cool.

Unwinnable: That’s good because I often do and I’m often disappointed because there’s just not enough.

A.L.: Transmedia allows you to do that. Very often it could be a tertiary character where you could build an entire world. Like he’s writing something that will be a parallel story that will be part of the main story, but it’ll be this whole other offshoot. It’ll taste the same, it’ll smell the same, it’ll be part of the same universe, it’ll have the same vibe, but it might take place in a different time. The great thing about transmedia is that after book one comes out, Michael can be writing a prequel and we can be creating a sequel online. So you can have narratives running simultaneously. That’s what transmedia allows you to do – create that 3D sort of world. So it’s really about world building. 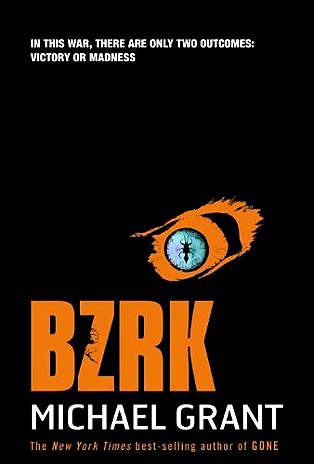 M.G.: We’re gonna have that up on the website itself. We’re not those people who are thinking, “You can’t ever write anything about my characters.” I know some writers do take that position. I take the exact opposite position. It’s flattering and interesting and kind of cool. Except when they have one of my characters having sex with Harry Potter, in which case I wish they’d stop.

M.G.: Maybe they were made for each other, I don’t know.

Unwinnable: Speaking of Harry Potter, I just wrote an article on Pottermore. Can you compare them?

A.L.: Yeah, I think that Pottermore is a different thing. Somebody described it yesterday, and I think they did a great job of it – it’s a very big encyclopedia. I think that what it does serves a different purpose than what we’re doing, which is really about unlocking story and unshackling stories from the four corners of the book.

What Michael and I want to be sure we say is that our publisher, Egmont, co-produced this with us. And we have come together in such a way that it’s defining what a book looks like in the 21st century. When the printing press came, they didn’t keep the monks in the basement printing off one book at a time. They stopped them from doing that, right? So we’re not saying print is dead. It’s just going to change, and it’s going to become what it’s going to become.

To have a publisher that is that brave to say, “Yeah, we’re willing to sink some meaningful dollars into this and bring one of our tent pole authors as well as a digital entertainment studio together to create a single experience,” has simply never been done before, and then to “game-ify” the whole thing so you’re actually gaming your way through this universe – every time you play a puzzle or play with the app or something, it’s going to unlock new content.

Unwinnable: When you speak about the game, is it more – and I’m just going on either extreme here – Neopets or World of Warcraft?

BZRK comes out on February 28, 2012 and is already available for preorder on Amazon. The GoBZRK website is online now, so go explore it!