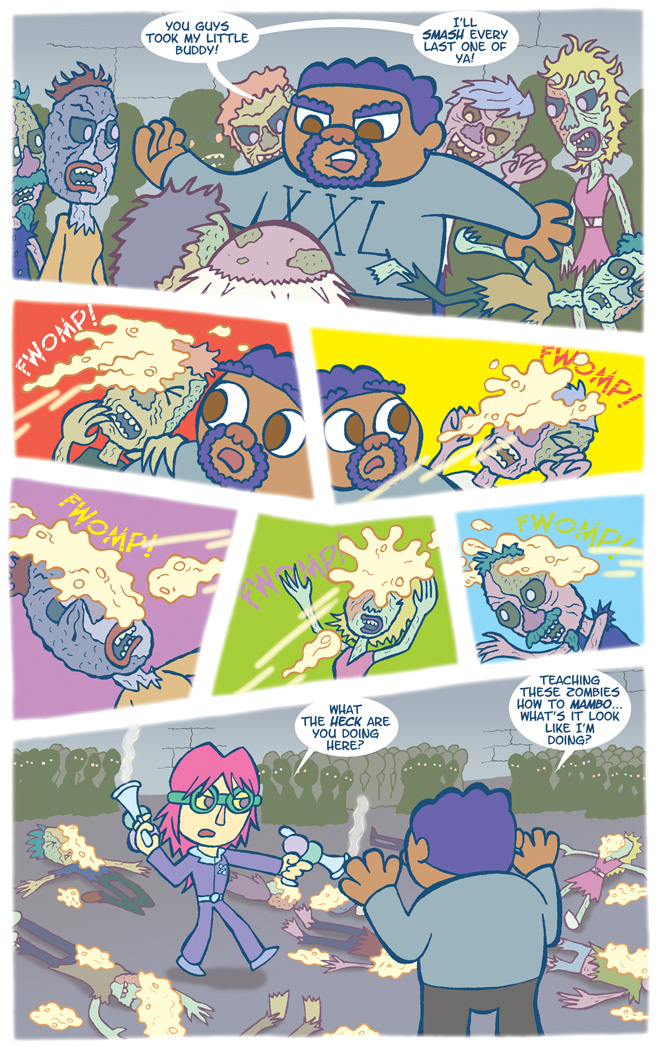 I wrote out a list of onomatopoeias for the sound of an egg salad-like substance knocking out zombies. The list included the classics “SPLAT!” and “SPLOSH!” but they just didn’t have that impact I needed. Once I arrived at “FWOMP!” I fell in love. I liked the word so much that it became the name of the substance. At a recent convention, a writer from Archie Comics was flipping through my book. He chuckled and said to me, “FWOMP is a great sound effect.”

Also on this page, Stax makes a little nod to the title of this first episode. Zombie Zombie Mambo was originally the title for a sitcom idea I had. The show was about two brothers and their half-uncle Frank. One brother was living, the other was a recently turned zombie adjusting to his new life. Frank was their crazy uncle (half-uncle, because there was only half of him left). Imagine typical ’80s silly sitcom situations during a Zombie apocalypse. Comedic gold? Who knows. The sitcom remains in my notebook and the title came to Flabbergast!