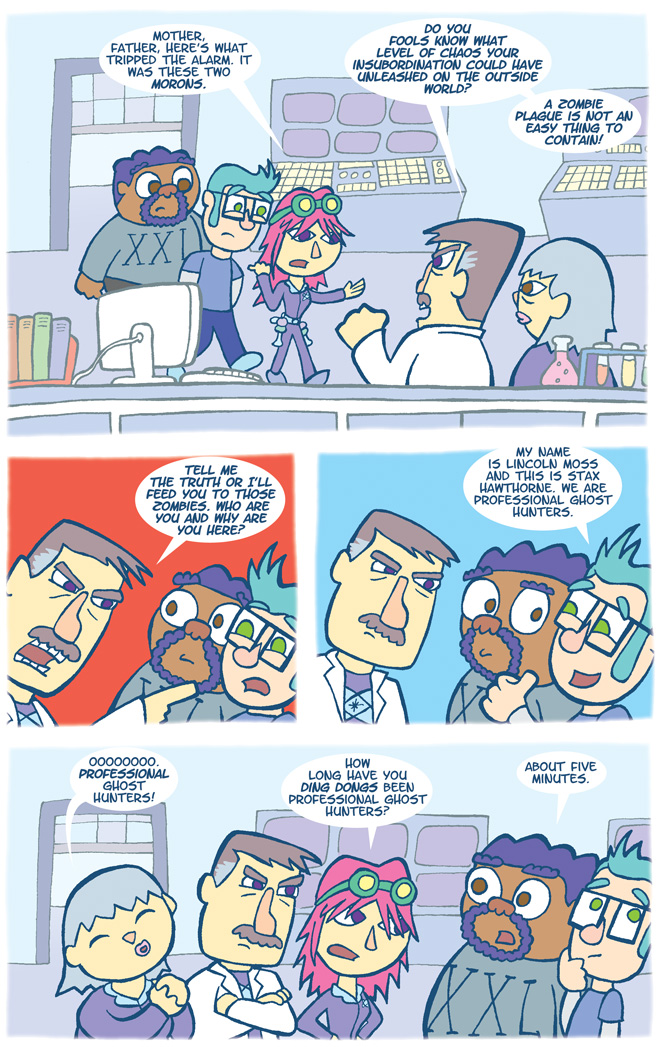 I used to LOVE professional wrestling. I loosely follow it now, but my brothers and I were HUGE into it several years back. The WWF Attitude Era, NWO invading WCW and Paul Heyman’s ECW – I don’t think wrestling will ever be that good again. Anyhoo, THQ put out some classic wrestling games with awesome Create-A-Wrestler modes. My created wrestler was “The Miracle Child” Mark Lincoln, and so Lincoln Moss is an ode to that. No worries, folks, a character by the name of the Miracle Child will show up in a later volume of Flabbergast.

During the creation of Flabbergast, my wife and I were living in Hawthorne, N.J. It’s a lovely town that I wanted to honor by making it Stax’s last name. Last year at Hawthorne Day (a festival celebrating the town), I ate deep-fried Oreos, Twinkies and pizza. My stomach ached the whole night. Deep-fried Twinkies are awesome, but next time I’ll pass on the deep fried pizza and Oreos.