Since September 11, 2001, comics and comic book superheroes have become more popular than ever. I remember seeing Spider-Man in theaters and being awed by the sight of him swinging through the canyon streets of New York City. I believed that Spider-Man could be a real person, and that this fictional New York could be the same as the one I had visited so often. My excitement was dampened by Ang Lee’s Hulk (which I still find groan-worthy in its cheap direction) but rejuvenated by Spider-Man 2. For me, however, Batman Begins set a new tone and direction for superhero movies. And this trend has continued, strongly, making studios clamor for the rights to comic book characters in the hopes of cashing in on the superhero boom. But the genesis of this “boom” is really the heart of this article. In a world saturated in familial and economic crises, bitter politics, war, terrorism and lack of safety, people have turned to fictional heroes with fantastic powers to fill the need for real heroes in their everyday lives.

When the shift occurred from realism to fantasy, the superhero genre found the niche it had been waiting for

To be clear: I’m not diminishing the efforts of “heroes” as we’ve defined them. My father was a police officer for 22 years. My sister and her husband are both New York City police officers. One of my personal mottos is “Everyone hates the police until they need them.” I also have friends and former students who have served in the military, some of who are currently serving in both Iraq and Afghanistan. These people should be commended, daily, for their courage and bravery. So I’m not trying to diminish their efforts, but I am trying to point out how a societal shift has led to the reawakening of the superhero.

Joe Shuster and Jerry Siegel, two Jewish artists, created Superman in the early 1930s and then sold him to DC in 1938. Here is a man who could solve the woes of the Jewish people simply. He isn’t like most people. He’s alien. He’s from a home that doesn’t exist anymore. He struggles for acceptance, yet has to hide his true identity from the public. Superman represented the end of the problems for the Jewish people. Captain America appeared in 1941, the same year the United States entered World War II. Again, here was a character who could single-handedly end the war, if only he were real. Stan Lee has created a myriad of characters: Spider-Man, Fantastic Four, X-Men, Hulk, Daredevil and the Avengers. These characters were “normal” people who were given abnormal powers and had to make a moral choice to use these powers for good. All of these characters were created in a post-atomic

society, with some getting their powers specifically from radioactive materials (Spider-Man, Hulk, Daredevil and the Fantastic Four to some extent). One could even make the case that the “X-Gene” that gives mutants their powers was the result of radioactivity. My point is that these trends echo the needs of the society in which they’re created.

Every year for the past few years, two or three movies based on comics or superheroes have been released. In the years preceding this trend, the Oscar winners for best picture (starting in 1991) were: Silence of the Lambs, Unforgiven, Schindler’s List, Forrest Gump, Braveheart, The English Patient, Titanic, Shakespeare in Love, American Beauty and Gladiator. Seven of these movies deal with non-fictive characters or non-fictive time periods. Basically, history or historical figures are essential to the story.

But, in the past ten years, the Oscar winners have been: A Beautiful Mind, Chicago, Lord of the Rings: Return of the King, Million Dollar Baby, Crash, The Departed, No Country for Old Men, Slumdog Millionaire, The Hurt Locker and The King’s Speech. Only two of these movies deal with historical figures or time periods, and five of them could be classified as “tragedies.” The majority are more fictional – they use commonplace locales, but not as a centerpiece to the story. Granted, this is just a correlation, but I believe movie trends tend to echo societal needs. 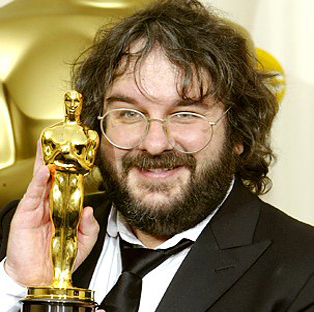 Pre-9/11, superhero movies had had great success. Richard Donner’s Superman is in a class by itself. A lot of superhero films were made from the late 1970s to the late 1990s, but these have not gained the notoriety the same way the current trend has. In fact, if you look back on the movies made in that time period, some are embarrassingly bad (Batman & Robin), and others are poor executions of their source material (Captain America — 1991).