Five thousand years of Western Civilization have all led up to the summers of 2011 and 2012.

For comic book fans, we are headed to the Golden Age of cinema. Starting next year, Marvel is creating the perfect storm by releasing Thor in March, Captain America: The First Avenger in July and then assembling them together with Robert Downey Jr.’s Iron Man into the 2012 Avengers mega-blockbuster the following year. And that franchise will in turn spawn even more spin-offs: Black Widow, Nick Fury, Ant-Man and the Hulk (again) are all waiting their turn.

Other Marvel characters don’t have to wait that long to get ready for their close-up. Spider-Man is being rebooted for 2012 while both Daredevil and the Fantastic Four will get the same treatment shortly after that. X-Men: First Class is in session in May, Wolverine gets his sequel after that and Deadpool will get to run off his mouth…

… as soon as star Ryan Reynolds wraps up Green Lantern 2, which was green-lit (pardon the pun) by Warner Brothers—the parent company of DC Comics—even before the first one hits theaters next summer.

And the studio isn’t resting until the entire JLA get their due. A Flash movie has been fast-tracked (again, sorry) and Zack Snyder has been tapped to direct the next Superman film. Director Christopher Nolan will return to Gotham for 2012’s follow-up to The Dark Knight, the third highest grossing movie of all time. 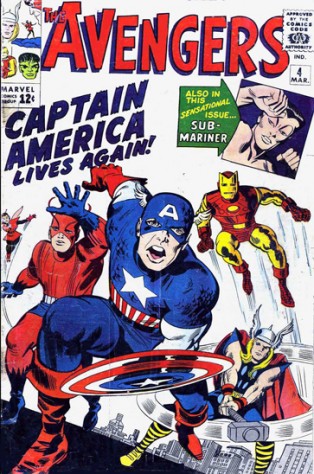 Mark Millar’s Nemesis and Kick Ass 2 are in the works, Green Hornet gets the Seth Rogen treatment in January, while Cowboys and Aliens lands later in the year. We’ll soon be able to pass judgment on Karl Urban’s version of Judge Dredd. There’s a 300 prequel marching towards the multiplex—as soon as Frank Miller is done with the actual comic book, but that might be delayed because he’s also busy with Sin City 2.

But enjoy it all now, because it feels like we’re heading towards a final Crisis where mainstream moviegoers are going to get sick of all that spandex.

“It’s like trying to plug in ten years of movies in two years—where do you go from here?” asks Paul Dergarabedian, box office analyst for

Hollywood.com. “It seems to me that the superhero genre has been so fruitful for the movie industry in terms of bringing in audiences and box offices but …you have to be careful not to burn out the audience.”

But I suspect they eventually will. All that Dark Iron Spider Knight Man box office is chum in the water and no self-respecting studio exec is going to sit out a good old-fashioned feeding frenzy.

Maybe I’m just being overly pessimistic—Marvel Comics Editor in Chief Joe Quesada, one of the smartest and best in the business, certainly thinks I am.

…it feels like we’re heading towards a final Crisis where mainstream moviegoers are going to get sick of all that spandex.

“Our research shows that today’s moviegoing public views movies like Iron Man or Spider-Man not as ‘comic book’ movies, but as big event, ‘must see’ movies like Avatar,” says Quesada. “Comic fans may know the difference, but for the rest of the worldwide general public there is none. That means that a ‘comic book’ movie falling short in the box office would have no more impact on the genre than a failed romantic comedy.”

But I haven’t been waiting since my childhood days of Captain America comic books and Flash Underoos for the next spate of romantic comedies.

These superhero movies are now, for the most part, being done well. Serious directors like Nolan, Bryan Singer, Martin Campbell, Kenneth Branagh and Sam Raimi actually want to tackle superheroes. Phenomenal actors like Hugh Jackman actually want to pop their acting claws. CGI can now allow Peter Parker to spin webs and the Flash to tap the Speed Force. Some of the best writers in the industry continue to show mainstream audiences exactly why these superheroes have been so transcendent for so long.

Visiting the New Orleans set of Green Lantern this summer, I can tell you…actually, I can’t tell you anything since everything I would want to say is embargoed. But what really stuck in my mind is how sure I am after seeing the concept art and donning the replica ring myself that these guys really know what they’re doing. I’m 100% sure that when I do see the final cut, it will be a brightest day and not a blackest night. Similarly, I know Quesada and the Marvel brain trust well enough to have faith that they will lovingly treat the Avengers movies with as much care as the most zealous of fanboys would. Joss Whedon’s The Avengers will do nothing less than blow my mind, reduce our dependency on foreign oil and possibly bring peace to the Middle East.

If the bubble does burst, who will rescue us from romantic comedies? Booster Gold? Forbush Man? The Flaming Carrot?

They’ll be headed for the straight-to-DVD bargain bin faster than a speeding bullet.