It began with an email from contributor Kevin Raineri that read like a telegraph from the Western Front. “My extraordinary cousin is at the Spider-Man [Turn Off the Dark] preview performance as I type. It is intermission. She called me to tell me how horrific it is. And not so bad it is good – just bad. Painfully, upsettingly bad.” 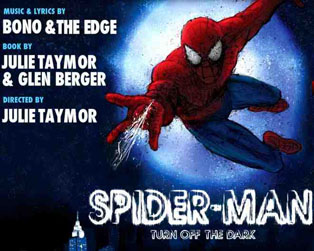 Soon after, Unwinnable wunder-cartoonist Bee Tee Dee went to witness this catastrophe with his own eyes. He didn’t hate it, but he couldn’t muster much of a defense for it either.

In March, Spider-Man: Turn Off the Dark was delayed once again after Julie Taymor left (or was forced out of, depending on who you are talking to) the production. Ian Gonzales was on the case, reporting on the delay as well as the satirical one night performance of The Spidey Project, a no-budget parody helmed by Justin Moran that was developed over the course of month and premiered to rave reviews on the same night Turn Off the Dark was supposed to open (you can watch the entire musical via the project’s official site). 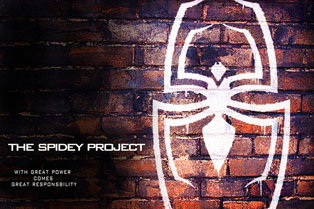 That should have been the end, but after even more revisions, Spider-Man: Turn Off the Dark has once again returned to Broadway in previews. And Carmen De Luccia was there…

Spider-Man Turn Off The Dark, The Spidey Project