When I was a little kid my father imparted unto me a great lesson. He said, “Johnny, don’t ever settle.” Now, when I was younger I liked to think I understood what he was trying to tell me. I liked to imagine that I was just as wise in my decision making as he was (and still is), but truth be told, I was not. I settled. I settled a lot. It is genuinely hard when you are young to know the difference between something awesome and something that is not entirely what you want, and in many ways not even remotely close to what you want but at the time you feel that it’s what you need. There is a very fine line between “right” and “right now” that frequently gets crossed as a child. I have traversed this line often with action figures, comics, movies and even (and most unfortunately) girlfriends. I am a habitual “settler,” and more than anything else, one of the things I consistently settle on is Ghostbusters videogames. To this I say, “NO MORE!!!”

My love affair with the Ghostbusters started at age 9. I had a friend named Ian whose family had cable and taped Ghostbusters for him. One day, hanging out after school, he showed me the movie and my life was forever changed. I didn’t know why I liked it. It was funny, it was scary, it was exciting. I was, after all, 9 and just thought it was awesome. When you are a little kid you don’t need a reason to like something—you just do. All I knew was that I liked it and I liked it a lot. We spent the next summer pretending we were Ghostbusters and at the time really believed we could be Ghostbusters. We had the action figures, plastic Proton Packs and limitless imaginations. The world was ours and it was our job to keep it safe from ghosts. Bustin’ made us feel good, and we rode that high like we stole it. That is until the day we finally played Ghostbusters the videogame for the Nintendo Entertainment System.

That was the exact moment the salad days came to an abrupt and unceremonious end. 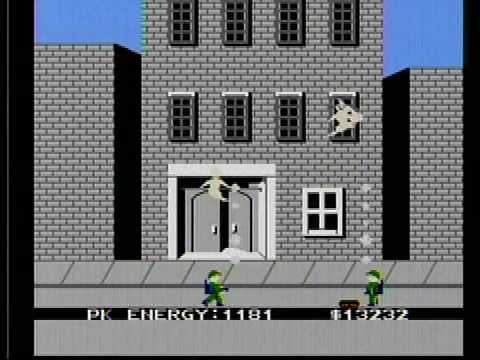 Now, we didn’t know any better at the time. All we knew was that it was a Ghostbusters videogame on Nintendo and we 1) loved Ghostbusters and 2) loved Nintendo, so therefore we must have been given the keys to Willy Wonka’s Chocolate Factory. There we were, holding the best of both worlds in our prepubescent hands. It was ripe for the taking and finally 100% ours and—absolutely horrible. Actually, horrible doesn’t even begin to describe it. The game was almost unplayable. At the same time it was a vivid and stark contrast to the movie and the backyard adventures we had hunting imaginary ghosts. It was, quite simply, not what we wanted but because we were 9 and 7 years old we settled. We never even came close to beating the game and eventually moved on to games like Castlevania III, which was hard but at least had some kind of cohesive gameplay (we never finished that one either).

Regardless of the debacle that was Ghostbusters for Nintendo, I still held onto a modicum of hope that there was something better out there for Ian and me, who so passionately loved the Ghostbusters. Then came the day in 1988 while I was fumbling around a girl’s birthday party at the local skating rink. My faith was rewarded in the form of The Real Ghostbusters stand-up arcade game by Data East. To this day, I liken the moment that I first played the game to the moment in every 80s movie where the popular girl finally sees the underdog geek for the person he is. She decides to shun all convention and run away with him because he is the only one who really “gets her.”

At that exact moment, I finally was that girl.

All the Ghostbusters were there (except Winston) and they walked up and sometimes around the screen and busted ghosts. That was it. They walked around and busted ghosts. That is all I have ever wanted out of a Ghostbusters game and I had finally gotten it. I must have spent at least five dollars in quarters that day stopping only for pizza and to sing “Happy Birthday.” I was on a mission that I could never complete but didn’t care because for the first time in a long while, bustin’ made me feel good.

My enthusiasm for the Ghostbusters was renewed and in 1989, when Ghostbusters II hit theaters, the rest of my world was right there with me. Ian and I were hunting ghosts in his backyard and once again aching to get our hands on anything even remotely related to the Ghostbusters. In 1990, we were the first in our neighborhood to give Ghostbusters II for Nintendo a shot. The game wasn’t nearly as horrible as the original, but for the life of me I couldn’t understand why it didn’t play like The Real Ghostbusters did just two years earlier at the skating rink. Then again, I was 12, and 12 in 1990 wasn’t like it is now. The world and technology were a lot different back then. You just didn’t know as much. You certainly couldn’t just Google the answer. You either knew it or needed to go to a library to look it up. I chose to do neither. Later that year I discovered girls and rock ‘n’ roll and found myself slowly inching away from my childhood obsessions. 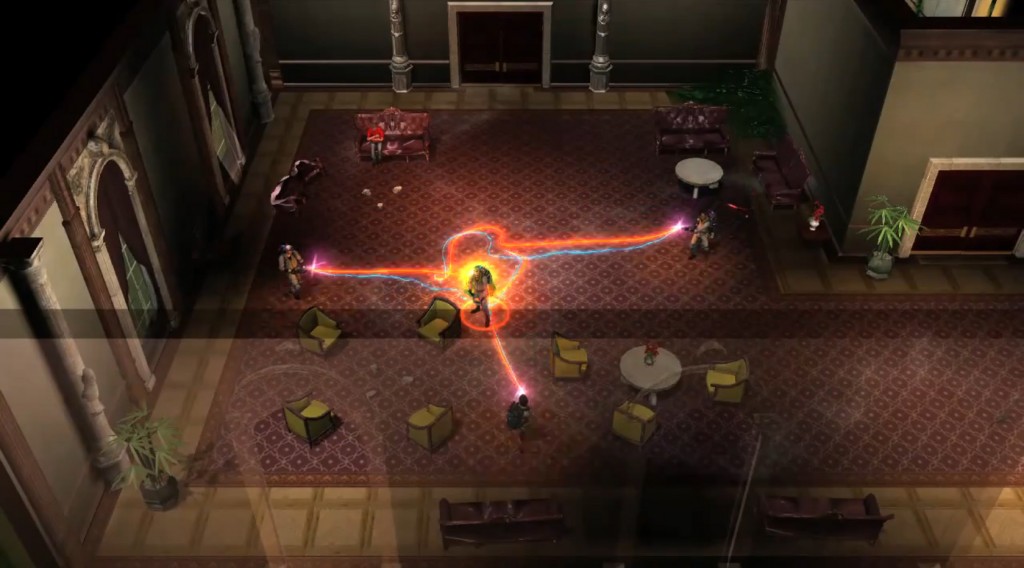 What I know now at age 32 that I didn’t at age 12 is that if you want something specific, you should go for that specific thing. Accept no substitutes, folks, because if it isn’t EXACTLY what you want it will never be what you need. Since Ghostbusters II was released on the NES I have tried (and disliked) other Ghostbusters games. Sad to say, but even the entire original cast of the film Ghostbusters providing the voices to Atari’s 2009 Ghostbusters: The Videogame was not enough for me to see past the game’s shortcomings. My last great hope for the Ghostbusters came earlier this year in the form of Sanctum of Slime. Yet again my already low expectations were met with disappointment. Part of this may be my fault as I made the mistake of playing it on Steam where, unlike the Xbox 360 version, you can only play local co-op. Regardless, the game is boring and repetitive and features an A.I. so unintuitive it poses almost as much danger to your character as the ghosts do. Playing this game, I felt at times like a pee-wee football coach watching little kids mess up the simplest plays, like running in a straight line with the ball. More often than not, the A.I. in Sanctum of Slime was too busy scoring for the other team when they should have been more concerned about defense. It was around the 4th level that I decided to throw in the towel. This would also mark the last time I would settle for anything other than what I truly desired.

At the end of the day all I want, all I have ever wanted, is a Ghostbusters game that would be as fun for me to play as The Real Ghostbusters. Maybe I am just being nostalgic, but in my heart I genuinely believe that in that moment in the skating rink I found EXACTLY what I wanted and have been trying to recreate that feeling ever since. I am finally done lying to myself. I know for a fact that in the Flashbacks arcade on the boardwalk in Seaside Heights, New Jersey, there is a Real Ghostbusters arcade machine that is still playable and only costs a quarter—just like it did in 1988. I will no longer settle for anything but the best. It may be boring to some and in a way just as repetitive as Sanctum of Slime, but at the center of it all it’s all I have ever wanted a Ghostbusters game to be. I, for one, am not going to spend any more time trying to turn copper into gold. I already know where the rainbow ends and that sooner than later bustin’ will make me feel good again.