Previously on Unwinnable, Kevin got into a shopping cart crash, met a beautiful lady and the went to dinner. She really liked comparing Friends to the Bible….

To be honest, I was really lost as to what she was talking about until she, thankfully, asked me a question: “So tell me about your family.”

Excited to finally speak, I began: “Well, I have one brother–”

“Is his name Raymond?”

She continued, ignoring my feeble attempt at humor. “My brother is tall, but not too tall, handsome, but not pretentious with his looks, smart, but not nerdy. He’s athletic, responsible and generous. He does everything right. He always reminds me that I don’t. Everyone loves my brother. Everyone.”

Jennifer then began to rock nervously in her chair and began chewing on her hair while shaking her head.

(RED FLAG #7: Signs of schizophrenia should not be ignored.)

(RED FLAG #8: Having more than six red flags go up on a first date, is a red flag in and of itself.)

After a period of silence, another glass of wine and what seemed like an eternity, Jennifer stopped rocking. I was paralyzed with fear to speak. Jennifer broke the ice.

“I hope our food comes out soon, I’m starving!”

“Tell me about it.” I wanted to leave. I was also very hungry… or so I thought. That’s when it happened; A decision I made six hours earlier came back to haunt me. 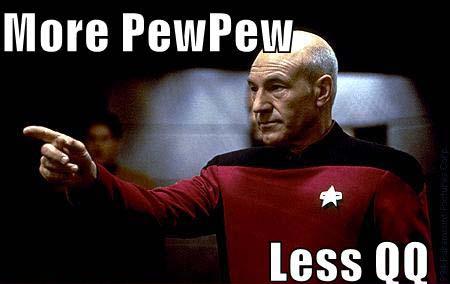 Needing to get away for numerous reasons but also not willing for Jennifer to know that I need to drop a mighty one, I excused myself to “make a phone call.” Lucky for me the bathrooms were by the front of the restaurant, near the door where one wold presumably go to make a call. I hoped she would not piece together that I was calling a man about his horse.

I rushed into the men’s room and was immediately impressed with its cleanliness and lemon fresh scent. I descended upon the handicapped stall with its spacious seating, handle bars for bracing one self for the task at hand and ample supply of toilet paper. Just as my movement began, another poor soul rushed into the bathroom panting and grunting, and busted into the stall next to me. What followed would change my life forever.

Strange animal noises were erupting next me as if Animal Farm had come to life. The fury of the watery-solid waste echoed throughout this once pristine latrine. I was immediately overwhelmed with the smell of sewage laced with skunk. The noises were getting louder… a cacophony of splashes and moans more furious than the ones preceding it. I was both terrified and amazed at the atrocities taking place next to me. I had to cover my mouth and nose as to not gag and out of pure fear of the rectum raping taking place. I began to imagine not only what this poor schlub had eaten, but how big he is was. Based on the genocide of intestinal contents, I suspected quite large.

Silence finally shadowed the now war zone known as the bathroom. I had finished my deed, but remained as to not have the awkward privilege of washing my hands with this now depleted bathroom bomber. I positioned myself to see out the crack in my stall door waiting for the grand exit. My positioning wasn’t great and couldn’t see too well. I was soon horrified by the lack of water running. After that holocaust of the haunches, hand-washing should be a top priority. I hope it wasn’t the chef. Now I began to panic and fear not only the company waiting for me, but possibly the meal too.

My mind almost exploded with possibilities. Was she just in the wrong bathroom? Was she a dude? Why didn’t she wash her (or his) hands? What the hell did she eat? What did I get myself into? I stayed quiet and hiding in my stall waiting for Jennifer to leave. I stared with relief as the red shoes turned towards the door. 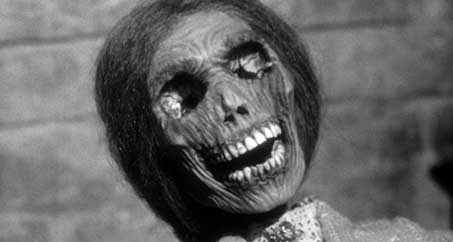 As I returned to the table our food had just been delivered. I was no longer hungry.

Jennifer had already started eating and she looked up at me as I sat down. With her mouth half full of macerated food, she began “ I am so hungry, I had to dig right in!”

That was it. I was done: “What the fuck? Why they hell were you in the men’s room? What is wrong with your stomach? What is the deal with you and your brother? Why isn’t there any furniture in your living room? Does anybody find it strange that you can’t talk in a car? You do realize that Ross and Rachel aren’t based on biblical figures, right? Did I ask why the hell you were in the men’s room?”

Jennifer, with tears in her eyes replied, “How dare you!? I mean… how DARE you!? Who do you think YOU are to lie to ME? You said you had to make a phone call. Instead you are doing God-knows-what in the bathroom. You should be ashamed of yourself. I’m outta here.”

She abruptly got up, threw her napkin at me and began to walk away. I was left in utter disbelief of what just happened. My eyes were firmly locked on the bright red, worn Steve Madden flats as they stormed off. The waiter came by, knowing my date had just stormed off, borderline snickering, and offered dessert.

“No dessert. Just the check.”

I left the quaint little Italian restaurant that night, forever a changed man.

A Date To Remember Part 1: Fate Is A Cruel Mistress

Contra is for Lovers