Well, you’ve been waiting for it and now here it is: Unwinnable’s first theater review! Yes, I saw The Pee-Wee Herman Show at the Stephen Sondheim theater in NYC on Halloween weekend, and it was pretty great!  I figured I should write a little something to justify paying for the tickets with money from the Unwinnable petty cash jar, but I’ll keep things nice and vague here. The show is full of nice little surprises and I’d hate to spoil them for anyone who’s planning on seeing it in the future (and I do recommend seeing it!).

The structure of the show will be familiar to anyone who saw that 1981 HBO special based on the live stage show Paul Reubens developed as a member of the Groundlings comedy troupe. The loose plot line involving Miss Yvonne’s romantic yearnings is revisited, and there are references to many of the original show’s memorable gags, as well as many elements of Pee-Wee’s Playhouse, including Conky, Chairy, that talking screen thing and the secret word! There are even a few nods to Pee-Wee’s Big Adventure, most notably an extended visual gag that was, to me, the best part of the show. But I shan’t ruin it! 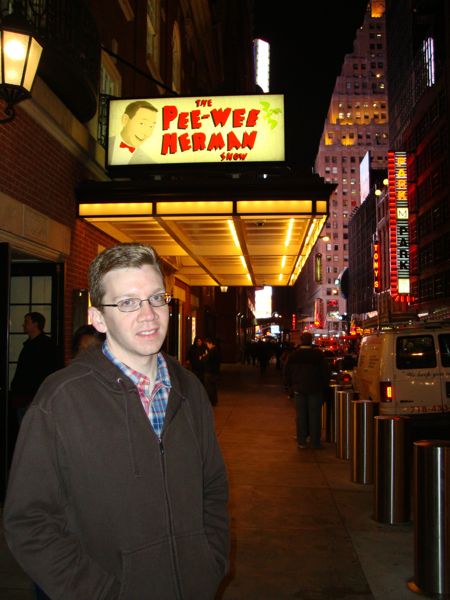 I am more excited than I look.

Many of the original actors are back reprising their roles, which definitely lends a bit of authenticity to the production. You get Lynne-Marie Stewart as Miss Yvonne! John Paragon as Jambi! That mailman guy! They’re all great, and they all sound and (from the back of the mezzanine) look pretty much the way they did in the early 80’s! Interestingly enough, the voice that has changed the most belongs to the star of the show. Reubens still has the same energy and the same delivery he used to, and it looks as though he can fit into the same suit, but he doesn’t quite sound the same as he did at the tender age of 30 when he starred in Pee-Wee’s Big Adventure. What can you do?

There’s some new blood too: Lawrence Fishburne apparently wasn’t available to play Cowboy Curtis (a character that was, after all, created to replace Phil Hartman’s Captain Carl!), but he’s ably replaced by Phil LaMarr, who is perhaps best known for getting his head blown off by John Travolta in Pulp Fiction. There are also a few brand new characters created specifically for the revival: Sergio, a Latino handyman whose accent is ever so slightly more nuanced than the Frito Bandito’s, a guy in a bear suit who communicates mostly via charades, and (my personal favorite) a sentient, flying ShamWow.

It’s a little hard to imagine someone who doesn’t have a nostalgic attachment to the material shelling out for tickets to this show, but even if you’ve never heard of Pee-Wee I doubt you’d be bored looking at the hallucinatory, candy-colored playhouse set. With puppeteers spread out all over the stage, there’s literally always something happening. Constant movement in the foreground, on the periphery (is that proper theater terminology?), everywhere. Go see the show! Just don’t bother with those $10 beers that come in sippy-cups! 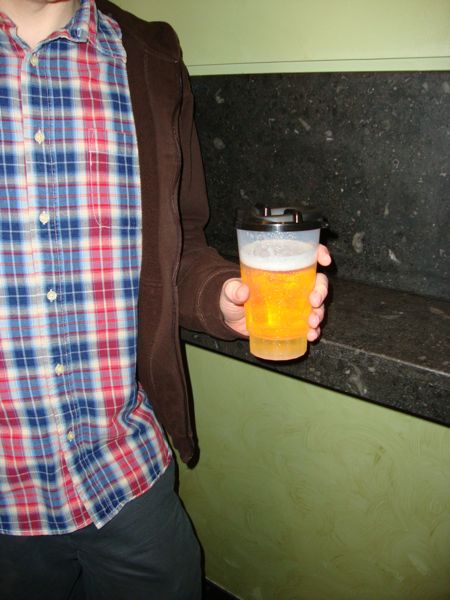 Office of the General Counsel Episode 20 – The Man from G.R.U.N.C.L.E.
Previous Post