Things I’ve learned from watching a series of Netflix documentaries over the past two weeks:

Every true-crime documentary I’ve seen pales in comparison to that third doc on my list, called Abducted in Plain Sight, in this unique way: The abominable, predatory, beyond disgusting sicko in the film is not the one you loathe the most in the end.

Your heart breaks for the little girl – Jan Broberg Felt, now a well-adjusted 57-year-old entertainer – who apparently was brainwashed into believing she’d been taken by aliens and given a life-and-death mission to conceive a child with the middle-aged man who actually abducted her. She was young and naive and you can even forgive her for not only carrying this belief with her for years but for falling in love with – and, in a ceremony legal in Mexico during her first abduction, marrying – him.

You could even forgive her if much of her story sounds too insane to be true. Even if she made up half of it as she dealt with the trauma of what was happening to her – repeatedly drugged and raped, and at one point being enrolled in a school across the country under an assumed name – it’s understandable.

Jan Broberg Felt, after all, is the victim in this story. And Robert Berchtold is the criminal.

But her parents? They’re the villains. 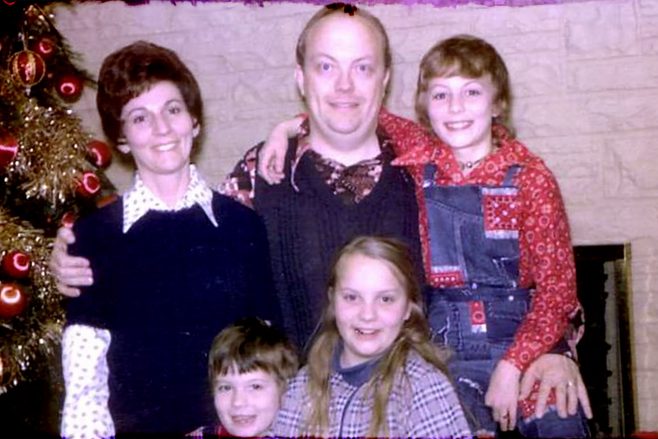 Bob and Mary Ann Broberg did so many completely baffling, sub-moronic things to empower Berchtold – aka “B” – it’s a wonder they were never brought up on charges themselves. Think you’re a bad parent for making a poor decision every now and again? Watch this film.

Here are just a few examples:

I’m too sick to watch this again to get the exact figures, but let’s just say when Jan was abducted the first time, her parents waited to report it for . . . a while. They took their sweet time getting to the bottom of abduction No. 2, too, and once the FBI was finally tapping their phones, their conversations with “B” sounded like they were discussing grocery lists. Mary Ann would have shown more alarm if “B” had spoiled a twist in that afternoon’s episode of General Hospital. Did the FBI ask them to remain calm? Perhaps. But I struggle to give them any benefit of the doubt, because . . .

. . . after abduction No. 1, they dropped the charges and made it impossible for “B” to pay for what he’d done to their daughter and to other little girls – and left him free to do it all over again. Which, as you now know, he did. But that’s not even the worst part, because they also . . .

. . . LET HIM HAVE FUCKING SLEEPOVERS, IN THEIR DAUGHTER’S BED, NIGHT AFTER NIGHT, AFTER HE’D ALREADY ABDUCTED HER, AS PART OF WHAT HE TOLD THEM WAS HIS “THERAPY.”

I shouldn’t have to say another word. Throw away the argument that they were “groomed” by “B.” Throw away the fact that Mary Ann’s book, and subsequent book tour with her extraordinary forgiving daughter, was aimed at helping future families, and that both Bob and “B” are now dead.

Jan Broberg Felt, after all, is the victim in this story. And Robert Berchtold is the criminal. But her parents? They’re the villains.

These parents should’ve been locked up.

The documentary is based on the book and told from the family’s perspective. They are surprisingly open and seemingly honest about the “mistakes” they made. Their cooperation – if not coordination – was key to making the film.

But toss that in the trash too. They make no compelling case for themselves when given ample chance. At some point, if I’m operating the camera, I’d like to think I’d have captured amazing footage of the police raid as they hauled Bob and Mary Ann Broberg off to the pen.

I rarely reserve this space for vitriol. I try, whenever possible, to see both sides of a story. Whether or not the documentary filmmakers failed by not delving deeper into their motivations is a fair question. But too late: I don’t want to hear it about now. As a parent myself, what Bob and Mary Ann Broberg did was so unconscionable to me it borders on supernatural.

It’s not okay to blame victims, of course. But you can blame villains.

Ad Free, Rookie of the Year