The thing about tabletop games is that they have a timeless quality that videogames don’t always have the ability to exhibit. But there’s also plenty of creativity in the space in terms of mechanics and storytelling. As such, we’re not doing a best games of 2019 for the tabletop space, but rather the ones we’ve played/discovered this year that are our favorites. The following is just some of the great games in the space that are great to play even today. 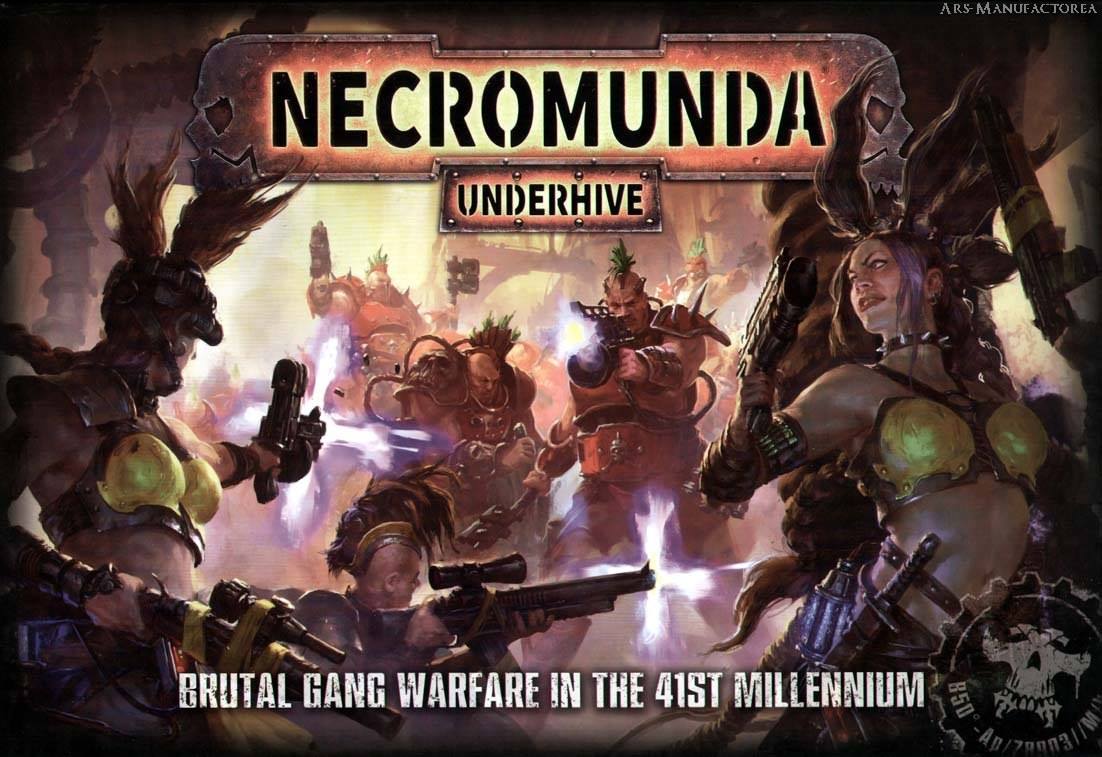 Let’s get this out of the way: Necromunda: Underhive is not a masterpiece of balance, clarity or concision. Set in the Warhammer 40,000 universe, in the semi-abandoned depths of a hive world populated by teeming billions, the 2017 release of the game came in a bulky box and only had two gangs available. The rules felt as incomplete as the miniatures offerings, parsed out in dribs and drabs over months.

2019 changed that. The rules were consolidated in late 2018 and three new hardcover books drastically expanded the setting. Now there are Chaos uprisings, cops, cults and myriad ways to play any given night. It’s maybe too big, and you sometimes have to restrain yourself from breaking it, but it’s glorious. I’ve not played a session yet where something truly unexpected or strange hasn’t happened. And the aesthetics are some of the best wargaming has on offer. It’s become Games Workshop’s Dwarf Fortress and I’ll take that over the perfect Eurogame anytime. 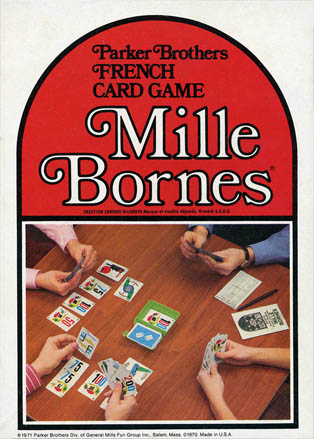 If Mille Bornes had been created in the United States, it almost certainly would not be about road racing. It would be about commuting.

[The previous assertion is almost certainly false. Mille Bornes, created in France in 1954, was likely based on the U.S. game Touring, patented in 1906. The distinction is likely less between American and French conceptions of car travel – and racing – than between conceptions of car travel at the beginning of the twentieth century and the beginning of the twenty-first century.]

Were Mille Bornes an American game, the obstacles wouldn’t be quite so benign as red lights and flat tires. They would be construction and backups. The units of play wouldn’t be miles, they would be minutes, and the game would resemble golf in that the winner would be the person who reached their destination with the fewest delays and the clearest board.

[There is no actual board in Mille Bornes. Each player simply places their cards in front of them in a “Driving Zone” divided into miles covered, hazards and remedies in a manner immediately familiar to those who play card deck games more often than, well, I do. Still, the placement of this game on a “board games” list might be somewhat questionable.]

As an American game, it is inconceivable that road rage would not somehow be built into the deck rather than the bloodless “Coup Fourré” mechanic that awards a few extra points when a player delays playing a safety card until another player attempts to halt their progress with a hazard rather than playing the safety card preemptively.

[This assertion is probably true. Let me also be the first to say that it sounds like an awful idea.]

For all of this, I do not believe that there is any part of me that prefers this imagined American commuting card game to the reality of Mille Bornes. The idea of mostly steady progress impeded occasionally by hazards with specific and concrete remedies might be a bit mid-century, but it’s also a great deal more entertaining than the reality of spending more and more time getting nowhere at all. As much as two hundred kilometers in a single turn? Deal me in. 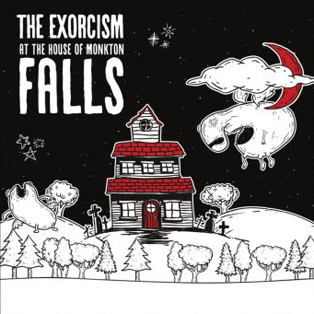 Exorcism at the House of Monkton Falls

In Screaming Brain’s Exorcism at the House of Monkton Falls, well, you’re trying to get rid of some ghosts and, despite the game’s cartoony aesthetic, they’re terrifying. It is a co-op game with a lot of little things to manage – there are the characters, who have to stay healthy; there is the house itself, which changes its layout every time you play; there are the various artifacts you need to collect to perform rituals; there are the exorcism points you need to dispel the haunting; there is the rising darkness that threatens to swallow everyone in the house and there are the ghosts themselves, stalking the house looking for fresh souls. It is, in essence, a spectral powder keg ready to explode.

As much as I love winner take all competitive games, there is a special place at my table for this sort of game. Co-op sometimes gets a bad rap because one player often naturally takes the lead and directs the rest of the group – Exorcism seems to minimize this through some key game design choices (one time when small cards equals a good choice), but even if it didn’t, it probably wouldn’t matter. This game is hard. My group has lost in the final moments multiple times, shaking fists in the air and howling as we fail to defeat the ghosts or escape the house as time runs out. It is wonderful sometimes to lose a game and curse the fates rather than your pal across the table. 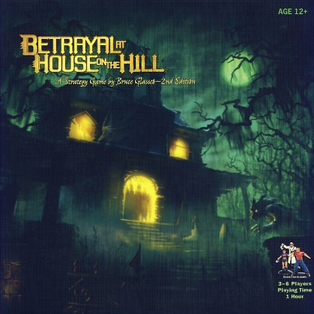 Betrayal at House on the Hill

Betrayal at House on the Hill is not a game I bust out at every gathering. It’s big, it’s cumbersome and the rules take some familiarization every playthrough.

But once you have the right group and the right mixture of levity and sabotage, it’s wonderful. In Betrayal, you explore an eerie mansion by flipping cards, making the adventure different every time. As you explore, you collect items and experience random events and omens, with each omen increasing the odds of triggering the “Haunt,” when one person becomes a traitor and turns against the others in a supernatural twist.

My secrets to a strong game: flub the rules to have more fun and assume you’ll lose if you’re the traitor. The goal should be thrills – ham it up, cheat a little in the other players’ favor. It’s a game that works best when you remember that the object is fun, not winning. 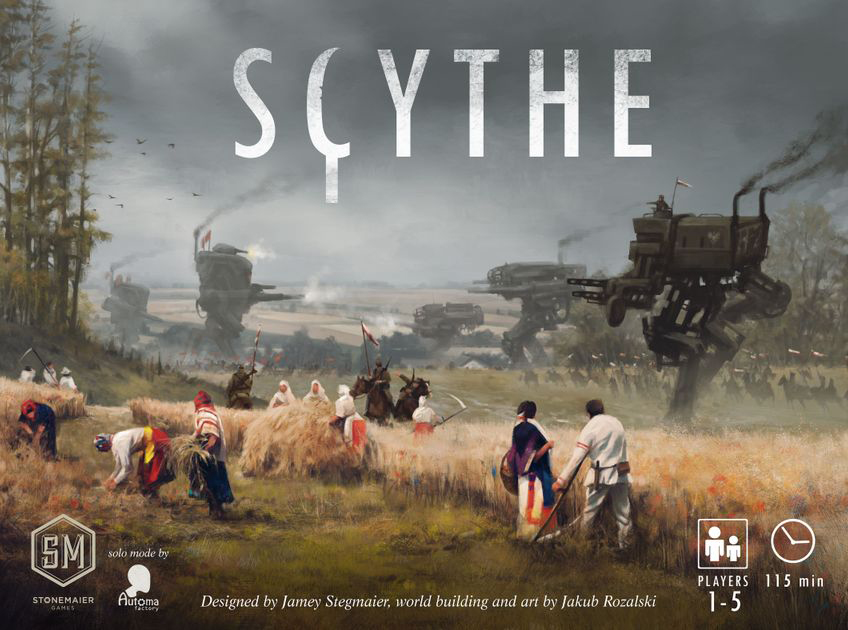 In January 2019, I finally admitted to myself that my dream job was to be a young, Asheknazic lesbian who fought Nazis in a diesel-powered mech.

The naissance of this dream was not Jamey Stegmaier’s Scythe – the impulse, and its permutations, have lived within me since I was a child. But despite its BattleTech-in-the-shtetlech vibe, Scythe isn’t that game.

Rather, it’s a wargame, with a focus on resource management. Or it’s an empire builder, with warfare as an inconvenient side effect. In that way, it sums itself up with its title: Scythe. A weapon, a tool of agriculture. Not so much a hybrid, as a coin with two sides.

Mechanically interesting as it is, though, Scythe keeps me with its setting: Eastern Europe, after a World War waged with mechs. It’s familiar to many books of Jewish history. And in the space of a board game, Olga Romanova doesn’t need to be a gentile when I play her. Or straight. 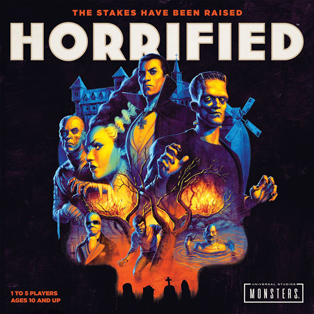 Growing up in the 80s, during the golden age of slasher movies, I was never fond of horror movies. I didn’t see anything fun about watching some preternatural creature hacking lascivious teens to pieces. The closest thing to a scary movie I would watch was Abbott and Costello Meet Frankenstein, a cinematic masterpiece and the perfect introduction to the stable of classic Universal movie monsters.

Horrified manages to cram a slew of iconic Universal monsters into a board game that is a million times more enjoyable than one might expect from a licensed property. The game is cooperative, with the players working together to rescue innocent villagers and collect items to help destroy the monsters that have descended upon the town. While the game play is fairly uncomplicated, each monster introduces a unique mechanic needed to defeat them. By selecting one or more of the monsters based on the desired difficulty, the game manages to keep from getting stale.

The game’s artwork and overall design manages to capture the spirit of the Universal monster flicks and the molded figures for each of the monsters are excellent. This deceptively simple game completely won over our discerning group of players and has quickly become a favorite. The eight-year-old version of me highly recommends throwing that Abbott and Costello movie on in the background while you play. 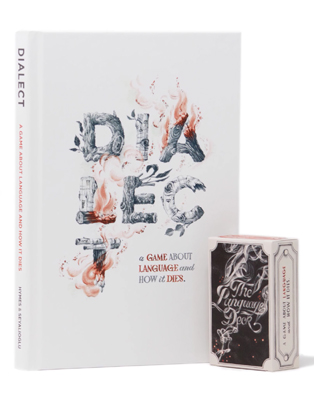 Like all of the games that Thorny Games makes, Dialect feels less like a traditional game and more like learning a secret about the way you communicate. A tabletop RPG, Dialect invites you to sit down and create a story and a language shared between an isolated group of people – scientists stranded on Mars, an alien race about to be driven extinct by the Sun, a small community of castaways – and then watch that language die. It’s a deeply personal journey, one where you inhabit people more fully than I’ve ever encountered in a one to three-hour RPG (save perhaps, Thorny Games other language-based title Sign). It doesn’t hurt that the game is also beautiful, wonderfully illustrated. It’s quite unlike any other game out there – a game truly about weaving together a language and then watching it unravel – and it is one of a kind. 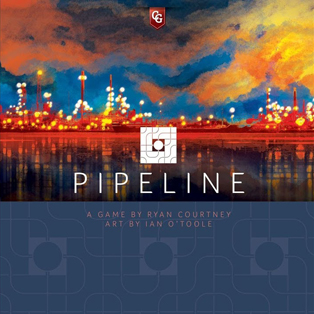 So many Eurogames lead you towards specific strategies that you’ll travel down for the rest of the game. Not so with Pipeline, a Eurogame with a spacial reasoning component, but more importantly, it feels wide open from the word go. A game of pure commerce, Pipeline asks you how you want to make money and then shows you the limits of your hubris. It’s decidedly beginner unfriendly, as you can get left behind if you don’t establish an engine soon enough, but that’s kind of refreshing in a way. It asks you to figure your business out and it rewards mastery like few other games.

And let’s not discount the spacial aspect of the game, as you must arrange your pipes in a way that maximizes your oil production, and thus your profits. The genius of Pipeline is that all its systems intermingle and mesh together beautifully.

Best of 2019, Betrayal at the House on the Hill, Dialect, Exorcism at the House of Monkton Falls, Horrified, Mille Bornes, Necromunda, Pipeline, Scythe

Best Tabletop Games We Played in 2018