It is easy to feel superior while watching Netflix’s latest true crime doc Abducted in Plain Sight (Borgman, 2017). The film tells the story of the Brobergs, an aggressively, enthusiastically normal family in Pocatello, Idaho, whose peaceful existence was shattered when a family friend named Robert Berchtold abducted the eldest Broberg daughter, Jan, and took her away to Mexico to get married when she was only 12 years old. To keep Jan quiet, her kidnapper sedated her regularly and concocted a narrative about aliens from space who wanted them to procreate and would exact revenge on their families if they didn’t comply.

The story only gets crazier from there.

While it is easy to understand how a pre-teen in a drugged up haze would believe such a tall tale, especially when it is being told by an adult that had, up until this point in her life, seemed entirely trustworthy and interested only in the well-being of her and her two sisters, it is much more difficult for viewers to fathom the behavior of her two parents. At the beginning of the film, Mary Ann tells the camera that they lived in the kind of neighborhood where nobody locked their doors at night. So perhaps it makes some sense that they would wait a little while before contacting the police to report that their neighbor had gone AWOL with their daughter. Maybe they were simply unable to fathom the notion that something like this could actually be happening to their family. But their decision to vacate the charges against Berchtold once he and Jan were finally retrieved and brought back onto American soil is flabbergasting, both to the FBI agents who held their hands during the weeks of frantic searching and to viewers watching 45 years later. 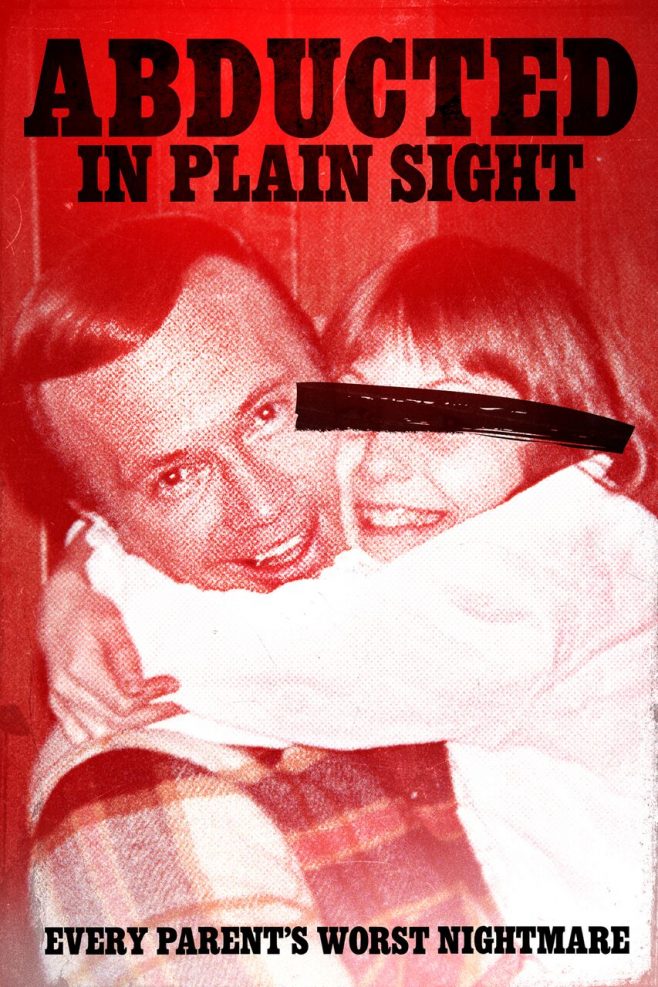 How could they do such a thing? How could they let their child’s kidnapper walk free? Jan’s parents, Bob and Mary Ann Broberg, explain that in preparation for the abductions, Berchtold had buried several landmines in their marriage including secret sexual encounters with the both of them. When he got caught, Berchtold brought out his metaphorical detonator and warned the pair that if they followed through with legal consequences then he would air out all of their dirty laundry. So while viewers might find their decision repugnant, they can at least understand the logic behind it. With their daughter returned safe and sound, maybe they thought it would be best to just let the past stay in the past and move forward with their lives.

Yet the question still remains: how could they possibly have been so stupid as to allow it all to happen twice?

Yes, just two years later, Berchtold took Jan, now 14, from her family a second time. This time, the Broberg’s waited two weeks to report it. “We were so afraid that the word would be out that she was gone again, kidnapped . . . We just didn’t want that out in the press at this point,” Mary Ann explained, to pretty much nobody’s satisfaction. At this point, what initially seemed like a case of extreme naivety is starting to look like parental neglect. Surprising no one, the internet reacted to these bizarre narrative twists and turns with an avalanche of memes and tweets disparaging the parents.  These memes, in turn, transformed Abducted in Plain Sight from one in a long list of true crime titles on Netflix into a bonified phenomenon.

They also illuminate what exactly it is that draws us towards true crime in the first place. A 2010 study by Amanda M. Vicary and R. Chirs Fraley suggests that one of the primary appeals of true crime is a desire on the part of viewers to learn about “the motives and methods of murderers” so that they might “learn ways to prevent becoming their victims.” And in an interview with The Decider, Dr. Sharon Packer, a psychiatrist and an assistant clinical professor of psychiatry and behavioral sciences, agrees, though she attributes slightly darker motivations to dedicated true crime viewers. She believes that the key factor is “schadenfreude” or the pleasure that one feels at witnessing someone else’s misfortune. “It’s not necessarily sadistic,” Packer says, “but if bad faith had to fall on someone, at least it fell on someone else. Whatever the luck of the draw is, at least someone else got the short straw. So there’s a sense of relief in finding out that it happened to someone else rather than you.”

Of course, it is important to remember that true crime entertainment doesn’t actually inoculate us from the experience of being targeted by a predator. We might feel confident that the tactics Berchtold used on the Brobergs would never work on us. But we need to remember that the hallmark of a master manipulator is their ability to figure out the specific kind of coercion that does work on their mark. And while snarking at victims might feel good at first, it doesn’t actually do anything to protect us from victimization. It is frankly amazing how few of the “WTFs” circulating online were reserved for Berchtold, who was implicated by six other women claiming that he has also sexually abused them as children. It’s almost as though we are more invested in bolstering our own sense of personal safety than we are in seeking justice for children.