Nick, my former work colleague and Netrunner rival turned current roommate and mosh pit meat shield, says his office’s shared playlist theme this week is “songs that remind you of friends, family and loved ones” and that he picked a track for me. Before he even asks if I can guess which one he chose, I’m halfway through typing out “LATIN LOVER.”

Backing up, Brian K. wore kicking boots and weathered leather and knew my D.C. heroes personally. On NYC poetry school couches I begged for more, and he asked if I’d heard that Daniel from Black Eyes had a new band. Mi Ami is hard to search for now, it was even trickier during the billionaire bailouts and discriminate wi-fi, but I’d dig up an mp3 of “African Rhythms” and then their first album Watersports, locking them on repeat almost daily during my NYC abecedarian commutes.

Earlier still though there was Club Drak’s back in Cheyenne, which apparently scared a number of parents who subtextually assumed it was a goth sex cult. It was scarier than that – an empty warehouse Brian V.’s dad prematurely purchased for his radio business, full of DIY/Book Your Own Fucking Life potential. Since there were a couple years before he could build it out, he let Brian and J.D. use to put on punk and punk-adjacent shows. It was a dusty trash hole of music (for the kids and bands) and ulcer-inducing anxiety (for those who booked the loud and sweat-stained strangers and swept up, and the neighbors probably), where the final show was Q and not U, Black Eyes and Antelope. 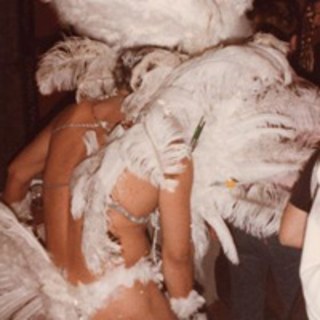 A while ago Nick asked what my favorite band is, mostly because he knows this is a squirmy question for me. I’m much more into currents than lists carved in granite, or so I say, while I try to figure out how to be honest and also not defensive of my answer. Mi Ami is a mind-melting amalgamation of dub and punk that surfs on imperfection and intensity, which is hard to recommend to a casual fan of music, though I knew Nick would be chill and open-minded. Still, Daniel purposefully sings like a banshee and slashes his guitar with a master’s hand of intentional imprecision, which distracts soft ears from the dance floor flooded with churning bass and percussive fireworks. Mi Ami isn’t a pure noise band by any measure, they stretch recognizable structures out into bumping rides, but red-clipped irregular tones are a major factor in their songs.

Of my many faults, the most troublesome include a difficulty expressing gratitude and poor record keeping. I can distinctly remember seeing Mi Ami twice before losing their bassist Jacob (now crafting astral soundscapes as Earthen Sea), though there’s a ghost of a third show rattling chains in my brain. First they played Bushwick, three songs fresh, glowing in the dark with a furious inner furnace. I’ve been chasing this jolt of this show since I last saw Daniel at Drak’s, which I remind him about afterwards, and he gives me a wet, friendly hug. 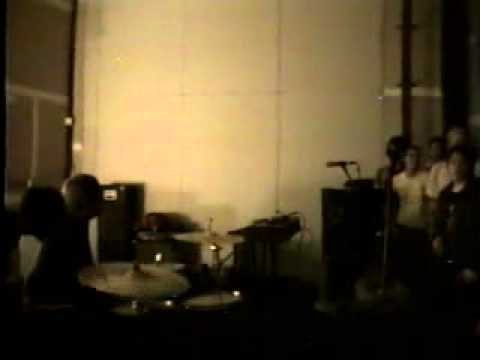 The Q and not U show at Drak’s was bittersweet, as it wrapped up a couple years of small town scene bullshit, and also because Brian V. couldn’t be there. He knew what he was missing too, as we and a few others had been trading the first self-titled Black Eyes album for a while, swooning over the double drummers, twin tidal bass guitars, manic yelping and poetic sloganeering. Same with Antelope’s bone-marrow scrape on the Talking Heads, and of course Q and not U, which my and other Cheyenne bands had already been stripping for parts. Black Eyes really set the bar though, reluctantly obliging to play “Someone Has His Fingers Broken” because we’d pleaded for it, explaining that it was the first song they’d written as a band and were somewhat tired of it by then. Discussing their performance later, some of the kids in attendance complained that Daniel wasn’t even trying to play the guitar, but our friend Tim emphatically disagreed, putting it best: “He knew exactly what he was doing on that fretboard.”

People like what they like, which makes recommending music a risk, or a kind of chore. This is even more accurate after a certain age (around 33 according to a Spotify study, for what it’s worth) when folks are locked in to their fancies, especially as life fills your social gaps with beautiful but safe normies. Or at least people whose extreme interests are more sensitive to other areas. So when I hem and haw on recommending my favorite song, the one I listen to when I need an extra push to get home late at night or my internal organs are reeling from the world at large and small or I just need an ice-cold crushing groove, it’s not because I’m ashamed but because I understand that taste is relative. What I truly desire is to share these feelings even if they aren’t transmitted by exactly the same favorite song. And it’s ultimately a more empathetic act to understand the recipient of your recommendations rather than charging blind with whatever pumps your blood. And I can always wait until that person is ready. 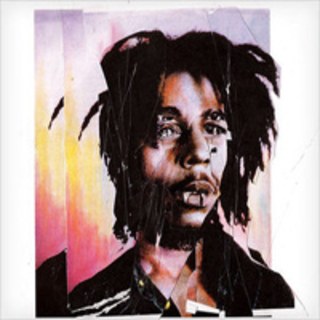 A former roommate and brother in creative writing, Paul was ready pretty quickly and caught Mi Ami with me at the Cake Shop in downtown NYC. Being a windowless basement bar, Cake Shop was often moist, and having just released their barn-burning Steal Your Face LP the room was a mist of bodies and string lights. Paul was fully converted then, down to see Mi Ami anytime forever as told in old emails. It was a cathartic expulsion of raw energy, vertically flailing limbs in tribute to the ride of “Latin Lover” and its back-half haggard laser blasts. After the lights came on, the band was rightfully thronged by the exultant crowd.

Somewhere along the line I scraped a file of Daniel covering “Crazy in Love,” a song adored almost universally that I’d managed to miss. Living without a car radio or cable TV makes it easy to bubble up, not that I was intentionally dodging the Queen. Daniel’s cover is an exercise in transliteration of style, as snared by a four-track – a thunderous, manic, collapsing calamity that bridges the gap between all his work as well as his pop influences. He similarly nods to Whitney Houston in the middle of “Latin Lover,” cutting to the meat of desire: “Oh / I wanna dance with somebody / I wanna feel the heat with somebody.” I didn’t catch the reference for an embarrassingly long time because Daniel has cast the lines as his own, cribbing sweetness in the ebb of a song about throbbing lust. Just as the title Steal Your Face is ripped from the Grateful Dead, featuring a cut-up of Jerry Garcia on the back cover with Bob Marley on the front (and a pilfered Red Hot Chili Peppers logo on the promo poster), Mi Ami asserts their global, LGBTQ, pan-genre heritage, stating up front what is implicitly understood about creative work – good artists create, great artists absorb, from every possible direction.

Mi Ami ended piece by piece, each shift and molt branching off into other directions. After Jacob left, Daniel and drummer Damon recompiled as a more EDM-oriented outfit, though still prone to occasional freak outs. After that Mi Ami as an entity faded away, and Daniel has re-monikered himself several times, most recently as Relaxer, carving electronic narratives and meditations from hardware and software alike. It’s good, but, even though I consider myself fairly open-minded musically, I’m almost 38 – beholden to my longstanding preference for analog drums, the cascade of rhythms and droning bass notes, the nervously elegant guitar and rapturous wail, all since set aside. 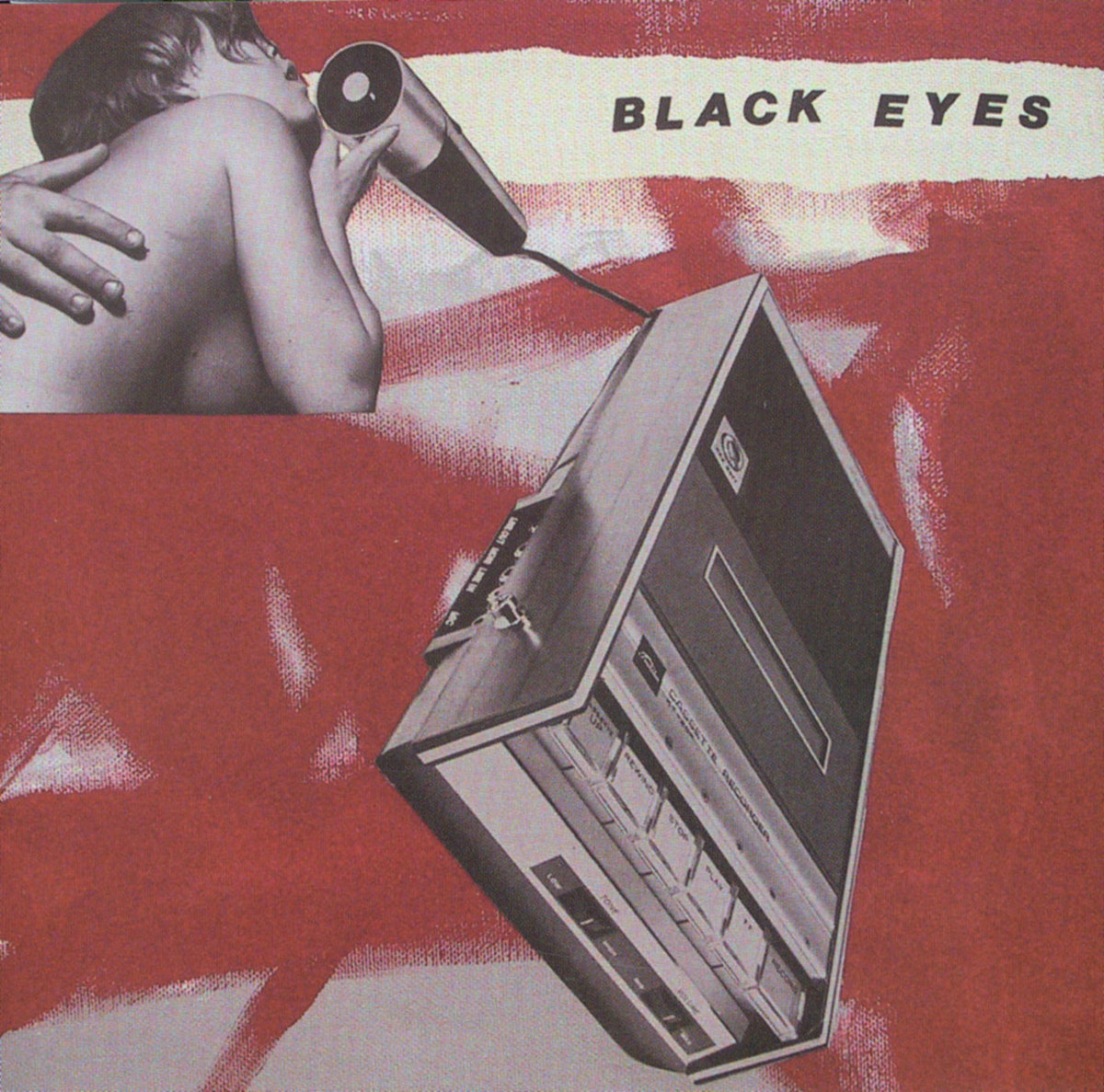 It’s not enough for me to just say “oh yeah, my favorite song is ‘Latin Lover’ by Mi Ami.” Partly because the band obviously avoided crafting their sound by popular committee, but I should never assume what you’re into. It’s mostly because you’ll never hear the song like I heard it then, like I hear it now. That the info and experience, with the band and its sounds and members and how that’s entwined with the weird memories of my dancing youth, are what I want to impossibly convey. But it’s foolish to think I carry this knowledge alone anyways. And the more I share, the more familiar sounds I can scrounge up, whether it’s a much-too-late appreciation for afro-funk king Fela Kuti or shaking it to LSD disco freaks Guerrilla Toss. If I shared more I’d learn more, but here we are.

I took a few photographs of the Black Eyes show in Cheyenne, one of which is a stark black and white snap of Daniel on the guitar. It’s a standard rock shot but one I’ve often thought about. He’s zoned in, teeth too close to the mic while shouting spells, his left hand hovering over the stain-stripped neck, with “call dad” scrawled in marker on the top. Make noise, refuse to settle, share the heat with somebody, check in with your loved ones.

Black Eyes, Club Drak's, Mi Ami, Q and not U

The Draw of “Live”