The Rules:
Set the Unwinnable Best Music of 2017 playlist on random.
Listen to nothing else for all of January.
Cling to sanity.
Write about it. 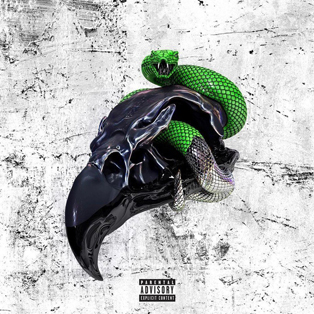 Certainly this analogy has been made before, but it seems that heavily auto-tuned voices are the distorted guitar of the current generation, and I am an old man shaking my fist at this digital cloud. Gibson has destroyed their own legacy with shoddy electronics, and Fender is losing sales by the year, so guitars just aren’t as relevant as they used to be, but they still sing to me. And I like to believe I’m fairly open minded to new sounds; videogames have trained me on synths, and hip-hop through the ages conditioned me to the majesty of well-sculpted samples. And generally I trust the young writers I follow across this wide internet, so when they cried high to the heavens for Young Thug and Future, I rushed in to get a taste of the fuss.

But damn, that vocal effect, it seems to me like what Legion hears when all the inner-mutants are popping off in his head, but like, in an underwater cave. It’s so discordant with, like, my natural internal soundscape, that those frequencies make me feel out of phase with myself. Is this what the first distorted guitar sounded like to people who grew up on hymns, the American songbook, 50’s doo-wop, greaser tunes? Of course this music probably just isn’t “for” me and that’s fine too, but I’m truly interested in it, and want to crack the magic that others find.

It’s not so much the electronica production, Vince Staples’ Big Fish Theory is also on this list and was definitely on my top 20 for the year. And it’s not like I’m opposed to difficult vocals, loving both the mucous coating of Pissed Jeans and the helium-punk of Charly Bliss. Perhaps with repeated exposure I can break through to Future and Young Thug’s level, but at some point, usually when one is old, you have to learn when to hold ’em and when to fold ’em.

Other highlights: HAVAH is a real treat with those Joy Division/ Old Depeche Mode/ even a dash of Rammstein vibes, definitely looking into them further. Wobbler was a surprise joy, the cover art leaning heavily on the Celt half of their prog pan-flute work but the 20-minute track I heard went on a real journey and I was pretty rapt the whole way. I’m very confused on what the deal with Tobacco is but when it pops up I can’t help but shake it, every time. The War on Drugs is still boring and Run the Jewels still got that confrontational magic. And finally, Sløtface rides the same rad wavelength that has carried my Charly Bliss admiration, female-fronted rock is stretching out in so many ways and every band is a fantastic new discovery. 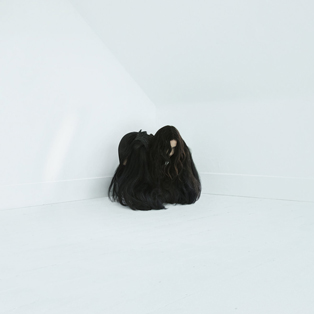 The challenge that isn’t challenging is maybe the most insidious challenge of them all.

I entirely forgot that we had to blurb our CYH?C(tm) reflections this week because I basically forgot we were doing the CYH?C(tm) at all. It has just become my shared playlist of the moment.

I find I have little new to say about the music, so I will tell you about a surreal moment with the Spotfiy algorithm. The other day, I started the playlist up in the morning and was pleased to have a series of thematically unified songs, starting with Chelsea Wolfe and sliding into the playlist’s gothier territory. This is a rarity in a playlist like this. I enjoyed it while it lasted, then something weird came on and ruined the vibe and the playlist faded into the background of my day. Until the afternoon, when I got another thematically unified set of songs…starting with Chelsea Wolfe…and sliding into…wait a minute. These are the same songs! In the same order!

I turned the playlist off then. It is a strange thing to be at the end of your work day, wondering if you ever actually woke up that morning, or if all these hours have been the most boring dream ever.

My listening started out strong this week but got a little spotty by the end as I was prepping to vend at a show and got lost in that. Here’s my thoughts.

Wolfbrigade has come up numerous times throughout the last three weeks and I enjoy them immensely. Roger Waters has also played throughout the course of my listens and I think I’ve come to the conclusion that his current album is the sequel to Pink Floyd’s The Wall. HAVAH continues to pleasantly assault my ear holes. 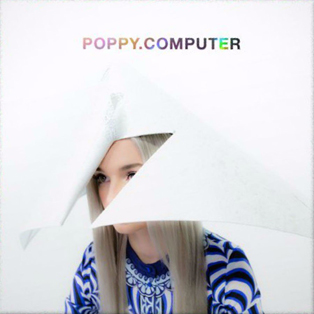 I almost hate to admit that Poppy is growing on me but it’s not just the music that has caught my attention. I’m  into artists pushing boundaries and if you dig deep into the Poppy world you uncover all sorts of info that almost propels the band into conspiracy theory territory, which is what I enjoy.

Early on in the week it was Grrl Fest as I had a good dose of Lana Del Rey, Chelsea Wolfe, Brutus and Poppy, all of which I enjoyed thoroughly. I am a big fan of lady bands (Check out my Grrrl Pwrrr playlist!) and I was hoping to get a solid block of listening and I did! While Wolfe and Brutus have been playing since the start, I started to get larger doses of Del Ray and Poppy. I own the first Del Ray album and like it but it didn’t blow me away. Her current album is fantastic and it shows she has grown into her sound and even matured a bit. Or maybe I softened up? Who’s to say.

I have heard a lot of Prog Rock on my play through and while I am usually hesitant as I’m not entirely and fan of Prog, I can say that i’m enjoying my walk through Don Becker’s world. I assume he picked most of the Prog. Anyway I made a check next to Wobbler and I don’t remember which track caught my attention but there’s only four to choose from so I guess I can eventually narrow it down. I also heard Yellow Eyes for the first time recently and have been digging it.

For the last week, I narrow down the list to everything I haven’t heard and try to find something positive to say about the experience but everything has been smooth sailing so far.

Life got in the way so I haven’t been doing the challenge. I’m just excited that Wobbler is getting so much love.

Like Don, I’m afraid I wasn’t able to hang with the cool kids. Honestly, I overestimated my commitment to listening to any kind of music on a daily basis. My day job is just too boring without podcasts greasing the clock. I implore you, dear readers, have mercy on me, for I know I’ve brought dishonor to the Unwinnable name. A rapturous vulture circles me as I type this. Please, I beg of you –  Sanctuary! Sanctuary! 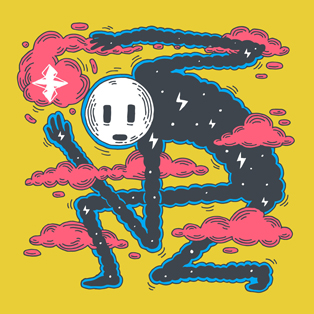 The CYH?C® continues to roll along and, much like Stu, it quickly became an almost background experience for me. There were far fewer songs that excited me this week, and despite the up-tick in the number of tunes I truly disliked, I’d say the week could best be summed up by a giant shruggy guy. To borrow a colloquialism from Nazi vampire an

d former Trump adviser Sebastian Gorka, Week Three of the challenge was, basically, a “Nothing Burger.”

Next week, to wrap things up, I’ll continue my dumb tradition of listening to full albums by the bands I didn’t like at all.  It is a cathartic exercise that allows me to make snarky jokes about other people’s favorite music of 2017 one last time before I embark on my own path of discovering what 2018 has to offer.

Since the lowlights were far more prominent for me this week, I apologize in advance for the negativity to follow. But as professional Steven Seagal goatee impersonator, Sebastian Gorka, would say, “The era of the pajama boy is over.”

Jay Som – “Lipstick Stains” – This is boring. It sounds like ambient spa music. In fact, when the song came on, I disrobed down to my underwear and laid face down, expecting a massage was imminent. This was awkward for the other people in my WeWork shared office space.

Scattle – “Humanize” – Ah, my old friend, Scattle. They seem to show up every year, hitting their pots and pans in mind-numbing repetition. To mix it up they throw in the occasional scritchy-scratch noise. I will say the album cover is pretty great. It’s got, like, an anthropormorphized wall outlet with a body made of the cosmos. Very colorful. Still terrible music. 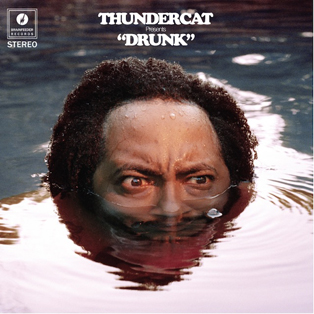 Dropkick Murphys – Sandlot – Fuck this song and the played out schtick of this band. We don’t need any more generic songs of Irish (white) grievance longing for the good old days. The chorus sings, “When we were young, we had it all.” Good for you, you bunch of fucking posers. There’s a short fuse from these pseudo-populist sentiments to the current resurgence in xenophobic bullshit. Did I say fuck these guys? Oh, I did? Well, fuck ‘em again.

Thundercat – Inferno – I really dig the weird psychedelic, smooth R&B thing that this band has going on. They have a unique sound and the production is awesome. That said, the cover of this album is the stuff of nightmares.

Havukruunu – Verikuu – I was afraid I’d get through this entire challenge without hearing any Nordic metal, but, thankfully, along came this band with all of the U’s that were available in Finland to ruin my commute. The guitars are just a constant drone. The vocals are mostly Gregorian chant but, true to form, somewhere in the middle a guy starts raspily growling about whatever pestilence this song is supposed to be about.

Unwinnable Listens to the Best Music of 2017 – Part One

Unwinnable Listens to the Best Music of 2017 – Finale
Previous Post