It can be really difficult to see all the good movies that come out in a year.

If you are like me and live in a smaller city movies may not come to your neck of the woods or only appear in one movie theater for a long weekend before vanishing and turning up again two years later on a streaming service. There are the bigger movies, the water cooler films you are obliged to see because everyone will be talking about them (Thor: Ragnarok, Star Wars: The Last Jedi) and you’re likely to have seen at least one of those if you’ve seen a movie this year in theaters.

But every once in awhile, you will go into a theater and see a movie that is quite terrible. A movie that makes you feel like you’ve wasted two hours of your life and now must take an angry nap. This is a list of those movies for this year. They are in no particular winner because there is no winner in being the worst at something.

I take notes when I watch movies, quick messages to myself so I can remember things when I write about movies afterwards. My fourth note for A Ghost Story reads “My partner eating next to me is more immediately interesting than what is happening on screen.” This, in fact, held true for the remainder of the film.

A Ghost Story is an Instagram-lovely film in which known abuser Casey Affleck plays a man who dies and leaves his wife, played by Rooney Mara, alone in their house to mope and eat pie. Afflecks’ white sheeted ghost pines in the corner of rooms and we’re left with the sheer weightiness of each passing moment.

Deeply into A Ghost Story, Will Oldham plays a future party-goer at the house long after Casey Affleck and Rooney Mara have departed. He gives the kind of philosophical argument that only drunk dudes with a Freshman psych class under their belt will give, and it’s allegedly the thesis of the film. The problem with A Ghost Story is that it was made by someone who would give the Will Oldham speech and not the person sitting next to them wondering when they can make a break towards their car and a late night run to McDonald’s for an apple turnover.

There are a few films where you can actively feel the influence of a studio, feel where the movie took a dive from the directors original intent straight into toy-selling fodder — the Trank Fantastic Four and Ayer’s Suicide Squad stand out in recent memory. What makes The Mummy unique isn’t that the studio took over to direct the course for their proposed Universal Monsters Cinematic universe, it’s that Tom Cruise took over to make himself the center of that universe.

The titular mummy in this bloated, dark pseudo origin story is quickly sidelined in favor of painting Cruise as about 20 years younger than he is, and also the sexiest man both living or undead. If the intent was to make him a charming rogue, they faceplant into the unintentional muck of victimizing the primary monster of the film into a jilted lover who is, once again, sidelined in her own film to make Cruise an actual god.

The movie is inescapably bad, garbage presented on a plate of mish-mash Egyptology and the exotification of a culture it couldn’t even be bothered to represent on screen – and unlike the Brendan Fraser films of the early 2000’s, it isn’t even funny.

This movie is dreadfully dull. The most exciting part of watching this was that, at the drive-in, one of my friends sat in the car behind me and through the open window of the car you could hear him exclaim “don’t go in there” and “oh no.”

There’s a shorter version of this list where I just write about art films that remind me of high school where boys would tediously explain that I just didn’t like the movie because I didn’t get it. It would make it so this list would only include A Ghost Story, The Killing of a Sacred Deer, Good Time, and of course, mother!

There isn’t a lot to say about this movie that I didn’t already express in much longer form in the review, or in the Facebook comments accusing me of clickbait for not liking this movie.

In medieval Europe, where theater was often derided as an element of excess or ungodliness, performers would enact “mystery plays” where they would re-enact stories from the Bible or tales of holiness through concepts rather than traditional characters. If you had to endure a classic English literature course, you probably had to read one of these, or its follow-up the morality play (something like Everyman). They’re simplistic, one note, and kind of terrible. mother! is a mystery play, with better production value and a passionate fanbase that just wants you to know that you don’t really get it, y’know. 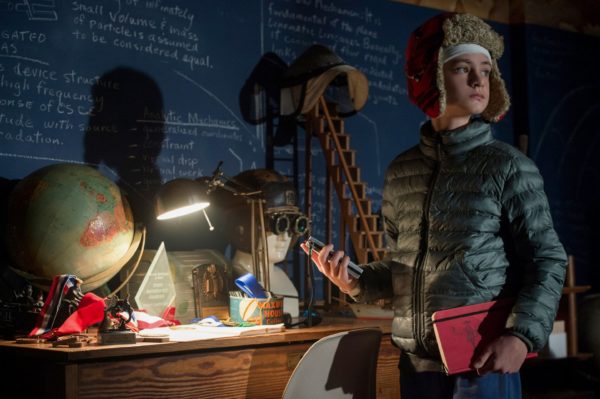 The Book of Henry

There was a lot of talk when The Book of Henry slunk into theaters, effectively ending the potential future where director Colin Treverrow got his hands on the Star Wars franchise, where people were insisting that this movie would run in double features with The Room. It’s not quite that terrible, but it certainly attains a level of bizarre that few films can ever hope to achieve.

The Book of Henry is a confused jumble of two deeply disparate genre films: the domestic revenge film (think Jennifer Lopez’s Enough or even something like Jodie Foster’s Brave One) and the kid genius film (Pay it Forward or Gifted). Somewhere in there it also tosses in the “kid dying of cancer” trope. This attempt at crossing genre boundaries does not work in a way that is profound. This is a movie where a mom, when dealing with the death of her genius kid from brain cancer that he helped diagnose, is purchasing a sniper rifle so she can off her abusive dad neighbor, the police commissioner.

It’s weird that the biggest problem with The Snowman isn’t that it wastes the name Harry Hole on a bland Scandinavian crime thriller that is The Girl with the Dragon Tattoo on Novocaine. It isn’t even that it stars known abuser Michael Fassbender.

The Snowman is almost inoffensive in its blandness — a movie that never commits to anything aside from portraying that it is cold. It’s a crime thriller where knowing the perpetrator changes nothing, a movie with action scenes so quick you can’t tell what’s going on and exposition delivered in voice over along CG car rides. That the movie was unfinished when it went to an editor is obvious, that they didn’t even manage to film everything they had in the script more so. The Snowman is a disaster piece of wasted potential, but more so it’s just dull.

I watch a lot of documentaries. According to Letterboxd, over 200 of my 500 films this year were documentaries. By and large they’re innocuous breakdowns of true crime or interesting historical figures. The worst by a country mile is Patient Seventeen.

My only note on this movie is “hot fucking garbage bullshit,” which feels pretty mild considering the deep level of annoyance I felt after watching this movie. At its core, Patient Seventeen is a mild mannered Ancient Aliens level documentary that purports to both sides its way through discussion of alien tech being found in human bodies. Instead it just listens to the words of quack doctors and biased figures and pretends to have found its way to enlightenment. It’s frustrating, subpar and should be avoided at all costs.

Maybe I should stop watching male led movies about creation. They always treat women like disposable objects. Between this and mother!, the year is an exhausted cacophony of the brutality of womens bodies in the hands of male creators.

Blade Runner 2049 feels like a movie ass movie. It breathes its grimey neon wasteland but it’s all borrowed imagery used in service of a story that spends a lot of time going nowhere. It’s Blade Runner, yes, using its corpse for a robot threesome. It’s motherhood represented in giant sex statues in a radioactive desert surrounding a hive of bees, a woman getting stabbed in the womb while her creator kisses her dying corpse because why not. It’s a movie that is so deeply hooked on its own bioessentialism that it builds a story on the dessicated remains of the series female lead, and tries to convince us that the most efficient way to create Replicants would be through “natural” reproduction.

Any goodwill this movie may have was lost in its gargantuan run time and its blank faced hero. Ryan Gosling is a deeply creepy performer to me, the kind of guy who looks like he might have a collection of womens toenails buried in a closet, and attempting to find him compelling for 2 and a half hours is virtually impossible.

I know I’m supposed to hate Robert Pattinson’s sociopathic creep. I know that he’s supposed to be repulsive. I know that Good Time is gross and repulsive for 99 straight minutes cause like life is raw and gritty and repulsive. I know that the movie is making a point about how all of the people in it who seem to get the short end of the stick are African American or immigrants while our lead seems to get away with everything. But I haven’t come closer to walking out of a movie than when his character tried to fuck a 13 year old. And I still wish I had.

The Killing of a Sacred Deer

Getting mad at The Killing of a Sacred Deer feels like being mad about television in another dimension. The movie has consistent acting performances from known performers and is shot well, it’s just off.

The entire movie feels like Colin Farrell is performing under duress from a man slightly off camera with a loaded gun. He is a man held hostage, under the looming threat of robotic dialogue and singularly vapid conversations about watch bands. This movie is exceedingly tedious, cold white hallways and discussions of a young girls menstruation punctuated by, well, nothing.

Perhaps the movies most egregious act is that by forming a relationship between the antagonist Martin and Colin Farrell’s newly menstruating daughter (no really they mention it so many times), they turn an act of near Biblical revenge into its own form of sexual violence, perpetrated in a world where women seem to exclusively deal with men through shitty sex deals.

A ghost story, Blade Runner 2049, mother!, movies, Patient Seventeen, The Book of Henry, The Killing of a Sacred Deer, The Mummy, The Snowman