The nostalgia industrial complex is one of the most dangerous things out there. It’s why executives resurrect long dead programs like MacGuyver instead of pushing forward with an original idea. It’s why joyless rehashes of classics keep us opening our wallets time and time again.

But it’s also why Stories Untold is one of the best things I’ve played in a while.

Stories Untold rides the nostalgia about as hard as anyone could. Its font calls out from a time long passed. Each episode is introduced as an episode of a Twilight Zone/Outer Limits rip off. And once you’re into the game itself, all of the controls are designed to mimic a text adventure. Everything about it demands that you pay attention to a time from before.

Instead, Stories Untold uses this surrender to flip the table. As each episode leads to the next it’s clear that something is amiss. The stories are too different but retain some names and themes. Stories Untold slowly takes familiarity and warps it into a something dark and unfamiliar.

Stories Untold didn’t need another layer. It would have been okay to stop at “hey remember how much fun we used to have” and not forge ahead into “you’re a horrible monster attempting dress their mistakes in comforting nostalgia, asshole.” But it does. It takes that raise the hairs on the back of your neck and make you think horror and pulls the rug out with the horror that comes from a mistake compounded by another mistake followed by other.

In this way a more direct title would have been Stories Unfold. It’s not a deep exploration of any theme as much as it is a steady march towards realization. Instead of a generalized nostalgia trip it is a deeply personal journey towards a specific realization that would be alienating were it not for the first person perspective and the need to actually type all the actions. 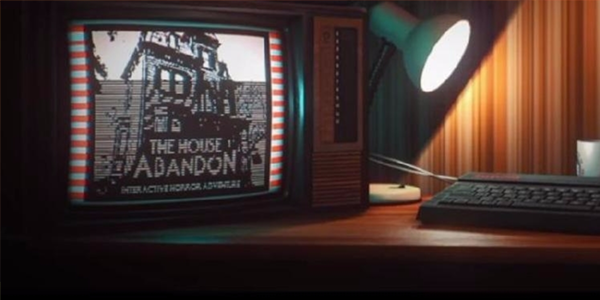 Whereas games like Yooka-Laylee demand that you enjoy a game ripped from yesteryear, Stories Untold seeks to rip you from yesteryear. Anyone who has played a rich text adventure will immediately realize that many go to commands simply don’t exist here. In fact, there’s no a lot of functionality at all. That’s perfect. The way to deconstruct nostalgia and make it interesting is to hold it to the harsh light of day.

So yes, Stories Untold is a story with a twist. It’s more than a little telegraphed and perhaps not the most interesting specific twist ever. But it works. It demands that we wake up a little from our easy dives into the familiar. I’ll admit, I mainly bought it to satisfy my own assumptions and was wonderfully surprised. Stories Untold is beautifully simple, short, and deconstructs the greatest foe of storytelling, nostalgia.

The Heart of Wolfenstein 2 is a Voice

Moirai Will Paralyse You With Indecision