In the last five years, wrestling has made its way back into the hearts of casual viewers and hardcore fanatics. 2015 brought the fight to the forefront and highlighted some fantastic story telling and ingenious match ups. WWE’s NXT helped people fall in love with the techniques of wrestling as opposed to the absurd characters and story lines.

Many members of Unwinnable are huge wrestling fans and this year we wanted to share with you our favorite matches of 2015.

Forty-five days into the new year, New Japan Pro Wrestling had already put on three legitimate contenders for Match Of The Year. The main event of Wrestle Kingdom 9 on January 4, another chapter in the ongoing rivalry between then-IWGP Heavyweight Champion Hiroshi Tanahashi and former champion Kazuchika Okada, was a fitting end to what is annually the company’s biggest show. February 14’s The New Beginning in Sendai featured what AXS TV’s Mauro Ranallo dubbed “a symphony of violence” as Tomohiro Ishii won the vacant NEVER Openweight Championship from perennial underdog Tomoaki Honma. 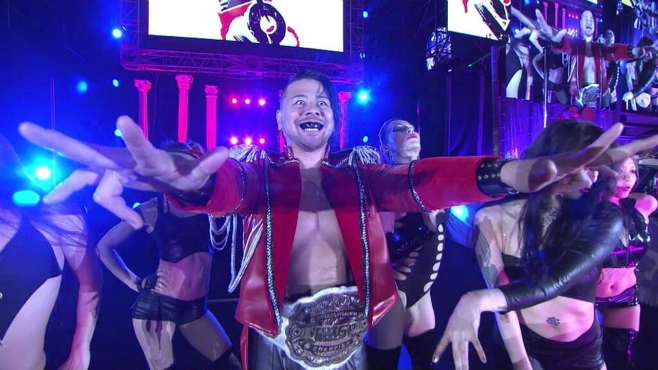 But for my money, the best match of the year took place barely 90 hours into 2015 when Shinsuke Nakamura successfully defended his IWGP Intercontinental Title against Kota Ibushi in the co-main event of WK9. Ibushi spent the match both mocking and imitating Nakamura, using several of Nakamura’s moves against him, include the Boma Ye knee strike finisher. But Nakamura, befitting his years of experience, bested the upstart Ibushi with the Boma Ye in a reprise of their 2013 Tokyo Sports match of the year, then fist bumped the newly promoted heavyweight. The match showed Ibushi’s star rising, and in what was New Japan’s first traditional PPV in North America, made an international star out of the man they call “The King of Strong Style”. 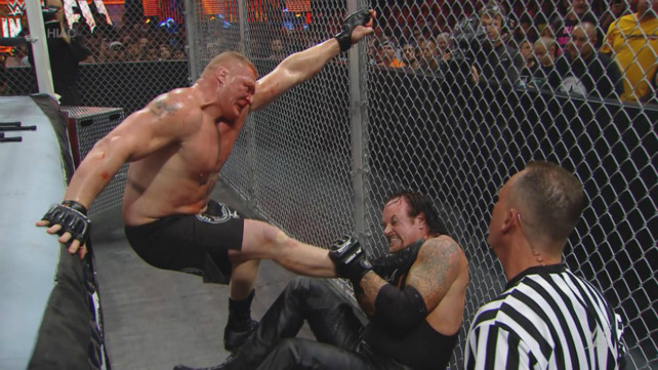 Brock Lesnar v. The Undertaker at Hell in a Cell was a great match and a fitting conclusion in their ongoing war. It couldn’t top their Wrestlemania battle from last year (though I enjoyed that match mostly because of the way fans reacted to the outcome). Brock Lesnar is the future of the WWE, alongside up-and-comers like Kevin Owens, Finn Balor and Samoa Joe.

Hat tip to Seth Rollins when he broke John Cena’s nose on RAW. 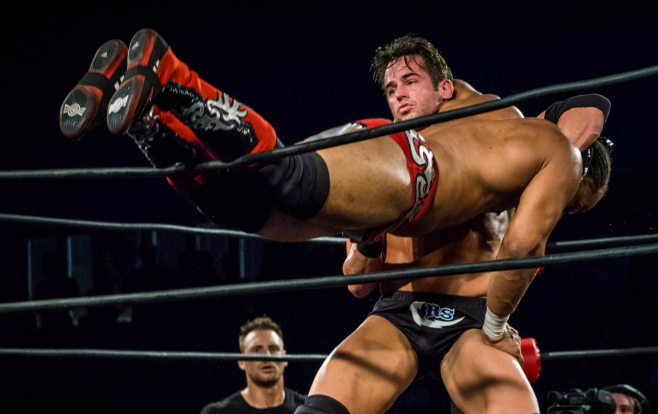 As much as I have love for WWE, I’ve always been a fan of the underdog federations. From ECW to WCW, NJPW to AJPW and TNA to ROH. While Lucha Underground was my pick for Best Wrestling Show of 2105, my favorite match goes to Ring Of Honor’s Television title match between Mr. ROH Roderick Strong and TV Champion Jay Lethal. I’m not going to pretend I’m a superfan of Ring of Honor. I’ve known about ROH since it’s inception but didn’t have the chance to invest in its events until this year.

It should be noted that most of todays best talents come from Ring Of Honor like Seth Rollins, Daniel Bryan, Samoa Joe, A.J. Styles, CM Punk, The Young Bucks and the list goes on. I had the convenience to view ROH’s product for the last year on Destination America and fell back in love with wrestling. So I think it was befitting to end their year contract with the best match. They built a solid story around the all conquering ROH TV and World Champion Jay Lethal and Roderick Strong who in two previous matches lost to Jay Lethal.

This match was action packed from the start and instead of making it a squash match or the type of match where the face is beaten down for most of it, it was a real nail biting back and forth spectacle. I am not a fan of near falls. In fact, WWE uses them to death in almost every match but in this match the near falls added to the excitement. Almost every near fall was preceded by a big move. The end  of the match was absolutely amazing.

Strong had positioned himself on the top rope to deliver a superplex to Lethal when Lethal reversed it into a top rope Lethal Injection. At the last possible second, Strong kicked out and Lethal sold frustration. He sold frustration all match and helped suspend disbelief for the fan and viewer to the point where even a smart mark like myself couldn’t really tell who was going to win. In the last sequence, Strong delivers his patented sick kick, a gutbuster suplex and then a suplex into a back stabber into his Strong Hold submission for the win. They told a great story in the ring and helped suspend disbelief in what could have been a spot fest. I look forward to seeing where these two end up in 2016.