The challenge: listen to the Unwinnable Best Albums of 2015 playlist for the month of January, on random, without skipping a track. Can you hang?

Oof… if last week was a joy, this past week was murder. I haven’t had a single solitary highlight from this week. The only brief respites were those that came from songs I already knew and what few there were did not make up for the drudgery that was the space between them. I actually felt as if listening to this list had become a full time job; like coming off of a drug or kicking the sugar from my diet a few years back, I was irritable and short with everyone around me to the point where I had to stop, apologize and explain why I was moody. “Sorry guys, it’s this fucking playlist.” Hump day welcomes my birthday this week, so hopefully the Spotify gods will treat me to a week like Week 2… if I’m lucky.

After tracking about 100 songs and continuing the playlist the best I could from where I last left off, I just let it go. I had a day where I was rigging up keyboards and such and let it play for about two hours. I didn’t pay particular attention but when something that caught my ear came up, I took note. Spotify 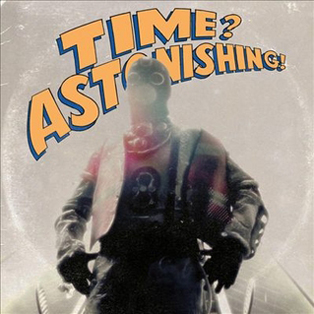 did right by me this day but for the most part it has created this unjarring experience that floats between comforting and maddening. I dig all the crazy experimental stuff so my idea of whats unsettling is different so maybe its all the fun happy songs that are making parts of this difficult.

I really paid note to L’Orange, Holly Herndon, Tame Impala, Panda Bear, Scattle and Sannhet. Ecstatic Vision really grabbed me by the you know whats and is something I will mostly definitely add to my collection.

I am also obsessed with figuring out Spotify’s logic behind its random play. I recently went through and played one song from every album in order to out think Spotify. I don’t think it really did anything.

This experiment has really highlighted how personal music is for everyone. I believe that people take musical journeys through life. Some are roads less traveled, some the freeway. Some set you up to become musical omnivores and others to be hyper-focused specialists. I feel like I’ve taken a Siddhartha style musical journey, diving deep into genres, bottoming out, then changing wildly to other extremes. Maybe that’s why nothing has really, really bugged me yet.

But I’m also exhausted by this thing. I really want to hear more new stuff and I am jonesing to spend more time with records that I liked. But Spotify insists on serving me the same songs by the same artists over and over. Or at least it feels like that.

How about some respite for the final week? You all who have hung on this long have probably been tortured long enough. How about for the final week we spend some time with records we became curious about and (if you’re daring) listen to the entire record from somebody you hated. That last challenge is only for the brave. 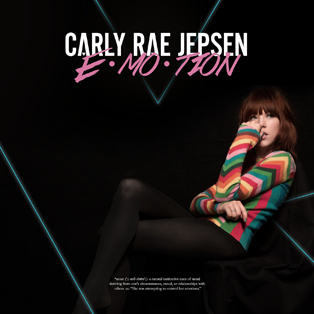 After reading your suggestion, Gus, I looked through the playlist and saw, to my surprise, a handful of albums I am sure I haven’t heard at all – Danava, Horrendous, Deafheaven, Zombi. I forgot that several of my picks – Christian Mistress, High on Fire, Ruby the Hatchet – were even on the list, because I’ve not heard them either. So I am all for abandoning the “random” algorithm.

The funny thing about this is that we’re doing it in the name of new music, but there is a pile of new 2016 releases I am dying to fire up. Witchcraft, Bloc Party, Prong (!), Black Tusk, Lost Salt Blood Purges, Saul Williams, a new Tribulation EP, Abbath, Nevermen, Conan – albums are piling up! 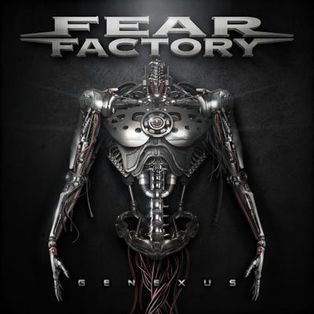 Due to an epic building up of some heavy-ish professional shit turning into heavier personal shit, then traveling far enough beyond the personal into a visceral, primal need to make an intensely huge change in my life in the name of my own survival (because of, I dunno, Mercury retrograde?), I welcomed with open arms the Spotify algorithm’s propensity to set Fear Factory upon me. It was exactly what I wanted to hear.

I will listen to Genexus from top to bottom this week. I will embrace eternity! (And then probably follow that up with some Sufjan Stevens as a palate cleanser, tbh.)

This week was pretty much more of the same for me. There were some new bands and a higher percentage of songs I appreciated, but like everyone else I feel stuck in a rut. Admittedly, it’s more fun to focus on the stuff I dislike and act like participating in this endeavor is the height of suffering, so I am down for Gus’ idea to spend more time with bands I became curious about, but in a fit of sadistic insanity, I am going to combine that with his challenge to listen to a band we hated. Since I missed the first week, I think it is only fair that I spend the last week listening only to the bands I hated the most.  May god have mercy on my soul.

Here are some of my notes from the week:

At first this song is just straight up boring. Then the singer comes in and it also becomes irritating.

Nacho Picasso, “Money”
Most of the music in this song is just squeaky dog toys.

Too Many Zooz, “F.W.S.”
This song is a fun burst of clip-clopping percussion and energetic horns. I am pro this band and their message that there are too many animals in captivity around the world. Free the giraffes!

VHOL, “Red Chaos”
The singer here is almost a growler, but it doesn’t get to the level of being offensive. I mean, I still have no idea what the fuck he’s saying, but at least it doesn’t make me want to clear my throat the whole time. The lead guitarist on this track is doing some exemplary work here. Blisteringly fast playing with catchy mini-riffs thrown in throughout. Great drumming as well. Halfway through, a chorus of high-pitched aliens join the track. I am flabbergasted by how much I enjoy this.

RP Boo, “Finish Line D’jayz”
This idiot was like, “I have an idea for a song.  Well, it’s more just one phrase that I will loop on and on, ad nauseum, until people fucking kill themselves.”  Nobody told him this was a terrible idea, or that it barely qualified as an idea. I think he is saying, “Motherfuck your favorite DJ.” I am confident that I speak for practically everyone when I say, “No, RP Boo, I choose to Motherfuck my least favorite DJ. And that DJ is you.”

Myrkur, “Mordet”
Some of the music I dislike I can still appreciate for its production value. This is not one of those. I both dislike the music and hate the way it sounds. Every sound is rendered insignificant by the thin and tinny guitar.

Laura Marling, “Howl”
There is certainly no shortage of music on this list that is best listened to while napping.

Torres, “A Proper Polish Welcome”
I am afraid that if I ever hear Torres immediately after hearing a Laura Marling song that I will fall so deep into sleep that I will be trapped inside my Inception subconscious. I am currently spinning a top to determine if I am awake or if I am already too far down the rabbit hole to escape…Just waiting for the top to fall over here…Any second now…

Drake, “Know Yourself”
How the fuck have I heard so many damn Drake songs but not the one song I want to hear. “Hotline Bling” is fun. This song is not. It does contain the DJ siren sound though. So there’s that.

Swervedriver, “Everso”
I went on a date last summer with someone who was very nice, but we wound up having little in common. For example, her favorite band is Swervedriver and I like good music. This is a wash of boring riffs and droning notes.

Mad Max Soundtrack, “Blood Bag”
Blood Bag was my nickname in high school. I’d walk down the halls and everyone would point and say, “Hey, there goes good ol’ Eddie Blood Bag!” I was super popular.  [I can testify to this – editor]

Scattle, “Far Out”
Scattle is going to win the robot music making challenge, by far. I would welcome the robot overlords with open arms if they promise to replace most of the artists on this list with more Scattle-bots.

Julien Baker, “Good News”
I’ve made several snarky comments about music that is slow and sleepy, however, I am really enjoying this. I wonder if this vocalist is harmonizing with herself. It sounds great.  Also, she sounds very sad and this song makes me want to give her a hug and let her know things will be fine. Or at least that things are basically meaningless. Like, in the grand scheme of the universe, who cares?  In a few billion years the sun will explode and every thing we’ve ever known will be consumed by a fiery supernova. Now that’s Good News!

Unwinnable Listens to the Best Music of 2015 – Finale

Hands on the Agatha Christie: The ABC Murders Moustache and Puzzles Simulator