November 24th, 2015 will see the beta release of Elite: Dangerous Horizons, the latest content add-on from Frontier Developments for their ambitious spaceship simulator sandbox: Elite: Dangerous. The game launched earlier this year with an entire galaxy’s worth of stars and planets, but the planets were not “real” in the sense that you could really check them out. Elite‘s universe at launch was more one of potential than reality. Horizons, though, promises to change that by allowing players to descend to terrestrial surfaces for more sandbox enjoyment. 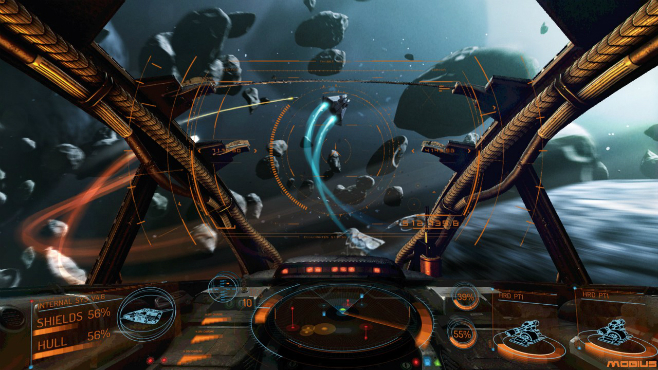 Frontier is deploying their work slowly and cautiously, adding in moons and atmosphere-less planetoids first, before working the way up the intergalactic build chart toward Earth-like planets, complete with fauna. Eventually, the goal is to effectively generate an entire universe that players can traverse in their spaceships and visit with surface vehicles.

If this sounds familiar – eerily so – don’t worry. This isn’t the first time a major space-based video game has promised the creation of an entire universe.

No Man’s Sky has, from the beginning, always been about scale. There may be a story involved with NMS, there may be competitive exploring, there may even be intergalactic space fights, but first and foremost it is about the unknowable vastness of space. It is the thing hammered home in every sit down with Sean Murray, Hello Games’ messianic leader, along with the thing that enables the creation of so vast a construct: procedural generation. 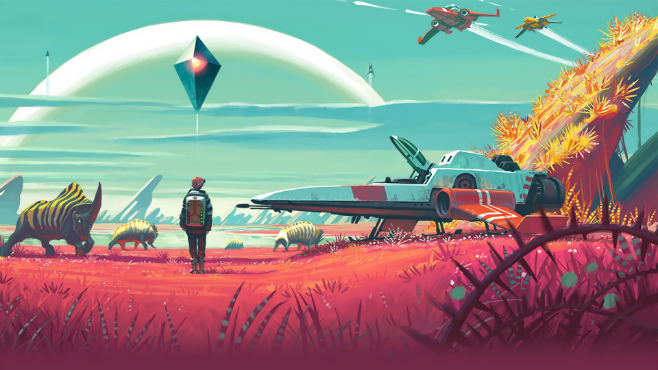 The question, then, is will Elite: Dangerous and No Man’s Sky compete with each other for a shared user base? Will No Man’s Sky’s marketing hype train obliterate Elite: Dangerous‘ plucky, steadfast march toward greatness? The answer is, well, unknowable at this point in time.

Were the question posed to me, though, I’d say no, because these two games – despite being more or less the same game at their core – appeal to two distinctly different palettes. Elite: Dangerous is a dark place, full of contraband, and narcotics, and murderers and politicians. It is the meat and potatoes, the game with a billion keybinds, the game that you all but need a HOTAS setup to fully appreciate, if not master. No Man’s Sky is none of those things at all.

If Elite: Dangerous is a meat and potatoes experience, No Man’s Sky promises to be a Michelin-starred meal; all vibrant colors and presentation, in the pursuit of the same delicious end: a full belly. The only difference is that the small plate of caviar and farm fresh shallots is a long ways off, while the meat and potatoes are getting served up across the street right now.

No Man’s Sky: More Ambitious Than We Thought?