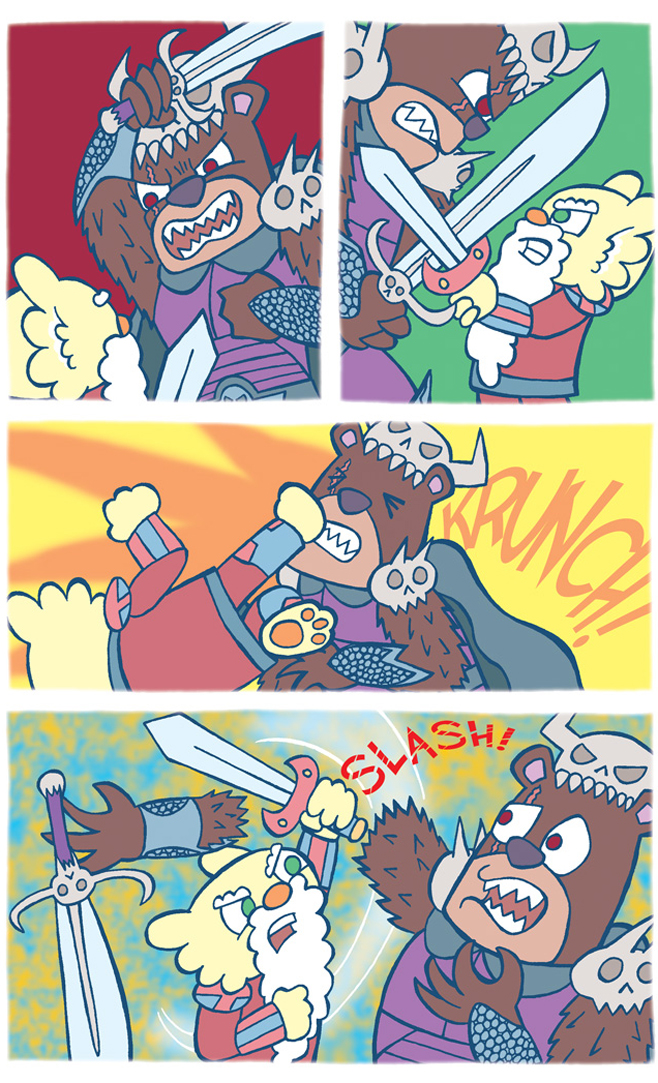 Looks like Master Hiyo has the upper hand now. All pun intended.

It’s funny. Most of the comics I drew as a child had way more brutal violence compared to now. If I drew this panel when I was nine years old, it would have been full of dark red blood spewing from Beartooth’s arm and spattering Hiyo’s face.

Now that I’m drawing comics for kids that age and above, I’m always careful about the level of violence in each panel. I measure it against the violence in kids’ TV shows like Samurai Jack, Teenage Mutant Ninja Turtles and Avatar: the Last Airbender.