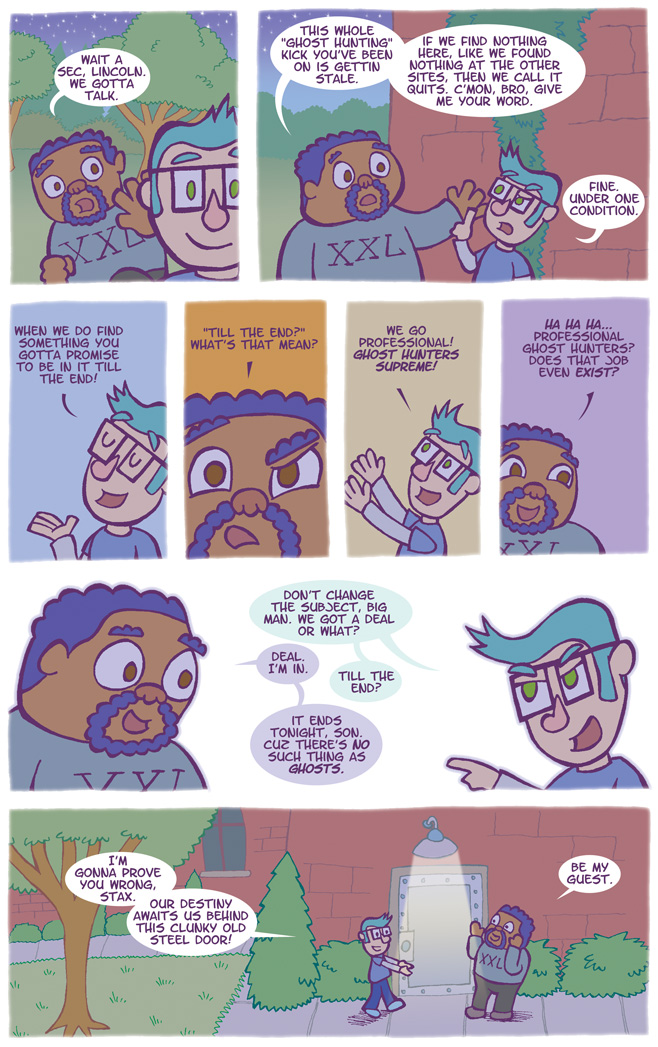 During the production of Flabbergast, I was a HUGE fan of Ghost Hunters on SyFy. I would never miss an episode. I took off from work to watch the all-night ghost hunts they did on Halloween, but I eventually got bored with the show. They always did the same stuff and the outcomes were usually the same as well – they would find some voices here and some questionable images there. It just didn’t grip me anymore.

I did my own ghost hunting several times. On one occasion, my cousin believed that his basement was haunted. We waited until around midnight and went downstairs into his pitch-black cellar. I was armed with my ghost hunting tools including audio recorder and digital camera. I took pictures and we unloaded the questions to the silent night. Around 12:45 a.m., we heard a snarling sound. My cousin and I quickly turned to each other in shock and amazement. The snarling repeated over and over. We noticed that the strange sound was coming from upstairs. As we cautiously crept up step by step, my cousin suddenly blurted out, “Awww, that’s just my wife snoring!”

I don’t think Stax and Lincoln will find a sleeping wife behind that clunky old door. No sir, this is just the beginning of their adventure!