The game looks to take its aesthetic from the current cartoon series, Transformers: Prime. Optimus Prime and Megatron look as they do on the series. Also, Prowl and Barricade, two confirmed in-game characters, look like they’d fit right in with Bulkhead, Starscream, Arcee and company.

However, the Transformers franchise doesn’t exactly have a great history with video games. In fact, not until Transformers: War For Cybertron was there a game for fans to rally behind.

Will Transformers Universe hold up to War for Cybertron? 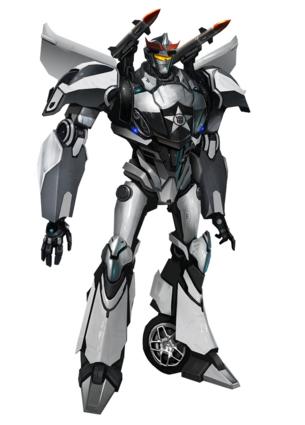 It can and will if it has these elements…

There are five things a Transformers MMORPG needs.

1) Jazz. Kurtzman, Orci and Bay killed the coolest Autobot around in the first live action Transformers movie. All jokes about horror and sci-fi movie minority mortality aside, audiences haven’t seen Jazz since Michael Bay’s first flick. Give him a shot in this game, Jagex!

2) Lots and lots of obscure characters. Yes, most Transformers fans know and love Ironhide and Starscream, but wouldn’t it be cool to see someone like Hardhead or Mindwipe fleshed out a bit in the game? They’re also much more expendable than, say, Optimus Prime. Oh, wait, maybe not.

3) Missions based on classic episodes. Yes, Transformers Universe looks to be set in the Transformers: Prime universe, but the show’s creators have shown they love what’s come before (they made Skyquake and Wheeljack badasses). Perhaps some of the missions in the game could reflect classic episodes like “Five Faces of Darkness” or “The Girl Who Loved Powerglide” or maybe even something from the more recent cartoons. [Editor’s Note: Ian is not kidding about “The Girl Who Loved Powerglide.” He loves that episode.]

4) A mission with The Wreckers. The Wreckers are the best of the best when it comes to Autobot commando units. They also have the highest mortality rate in the Autobot ranks (see IDW’s awesome Last Stand of the Wreckers series). They were hinted at early in Transformers: Prime. Bulkhead and Wheeljack both served in this elite Autobot unit. Nothing would be cooler than to have your own Autobot join the team of badass Autobots! Heck, maybe he or she could be the sole survivor!

5) Assist Starscream in betraying Megatron – then get left holding the bag when the plan fails. 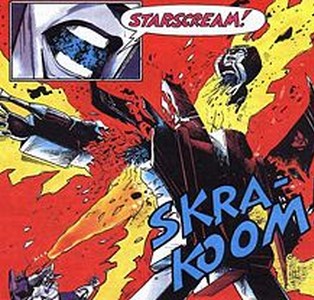 The Devil is Only Human After All
Previous Post

Rookie of the Year: This Was A Triumph