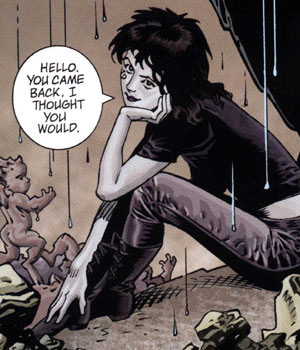 To the cute girl in the comic shop,

A few years back (OK, probably closer to a decade), I found myself perusing the shelves of an East Village comic shop. You were working behind the counter. You had short, fire engine red hair, wore a tank top and had an ankh necklace. Customers shuffled in and out of the store, less than subtly gawking at you. The atmosphere was all kinds of awkward.

It was the summer before the first Spider-Man movie. Reading comics had not yet been elevated to a socially acceptable activity. We “mainstream” comic fans were still recovering from garbage like Electric Boogaloo Superman and the evil Professor X/Magneto hybrid, Onslaught. Indeed, our embarrassment was sound and warranted. On the other hand, these were the days after DC Comics published Neil Gaiman’s 1990s classic, Sandman, and the book was still bringing new kinds of readers to comics.

The main character of Sandman, Morpheus, is the anthropomorphic personification of dreams. The book chronicles his escape from captivity and his reclamation of this realm, the Dreaming. Morpheus comes from a family called The Endless and his older sister, the personification of Death, drew in an audience as yet untapped by the purveyors of funny books – women.  As a former comic store clerk, I can’t tell you how many times I sold women Death’s premiere mini-series, Death: The High Cost of Living. Karen Berger, Vertigo Comics’ Executive Editor, said it best: “Creatively, Sandman started reaching out to people who normally didn’t read comics.”

I deduced you were a Sandman fan from three clues:

1)      You accessorized your tank top with an Egyptian key of life.

2)      You were thumbing through a Norton Anthology of American Literature, indicating a more than passing interest in the arts. 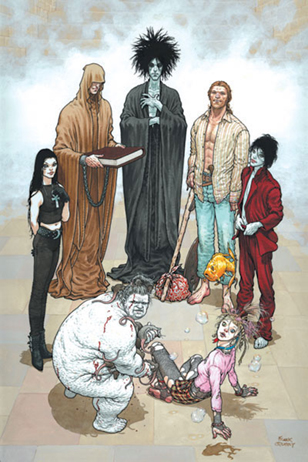 I kept mum about my deduction though. Instead of approaching you about the relevance of “Young Goodman Brown” in George W. Bush’s America (remember, remember the stolen November), I thumbed through The Complete Jack Kirby Green Arrow. The world of comics was changing and the True Believers like myself didn’t know how to handle it.

Then, one of the customers did the unthinkable. He walked right up to you and commented on your ankh! I don’t remember the conversation verbatim, but this is the gist of it:

You looked up from your book and said, “Yeah.”

“Me too. How funny was it when Martian Manhunter popped up in Preludes and Nocturnes and talked about eating Oreos?”

It took all of my self-restraint not to groan. Of all the things he could mention, he decided to hone in on Martian Manhunter’s love of Oreo cookies? Apparently he wasn’t ready for the brave new world either.  Oh well, at least he tried. Right?

I’m sorry, cute girl in the comic shop. I’m sorry it was so awkward. You probably played out this scene every day. Here you were, a symbol of true change in comics, but the base, the loyal readers who are so resistant to change, didn’t know what to do, especially since you represented a change we actually wanted to happen. 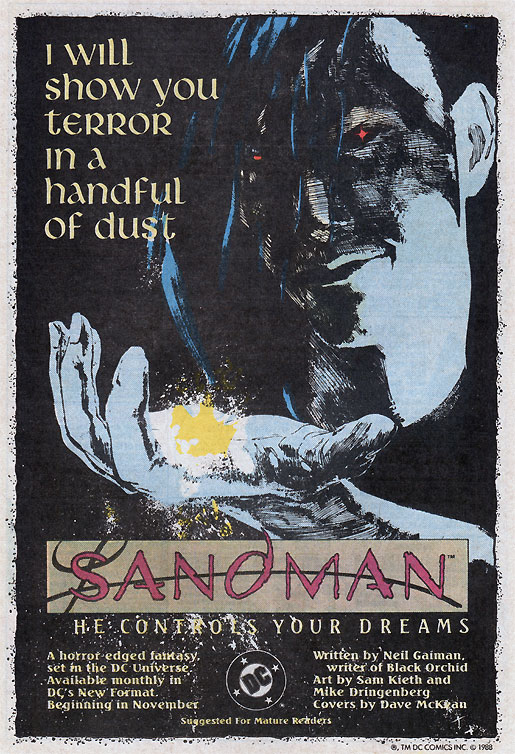 When I was a kid, I’d go to the local comic store and notice the complete lack of girls in the shop. There were plenty of forty-year-old men lurking about, but none of the fairer sex dared enter the four-color dungeons (well, my mom would pop in and buy me comics when I was sick, but I never actually saw her there). Obviously, it was a healthy environment for a middle school student.

For all the bashing the 90s take at the hands of myself and my brethren, Sandman and its spin-offs did something no pragmatist thought possible; it brought new readers into comic stores. No, not someone looking to make a buck off the Death of Superman (the kind of degenerates you probably dealt with on a daily basis), this book got people from all walks of life to take that step and walk into a comic book store.  It probably got you into a job as a comic book store clerk. That is massive!

Those were hard times back then. Oddly enough, Hollywood wound up forcing the change down our throats with movies like X2: X-Men United and Batman Begins, but we should have learned from Mr. Gaiman’s own words, “[t]he Lord of Dreams learns that one must change or die, and makes his decision.”

Ian vs. the 90s is an ongoing column in which I take a look back at a very dark time in comic books – the 1990s – in search of the best (and worst) that dire decade had to offer.

Like this piece? If so, I implore you to re-post it. Also, feel free to follow me @IanGonzales on Twitter. I promise I won’t be so emo.