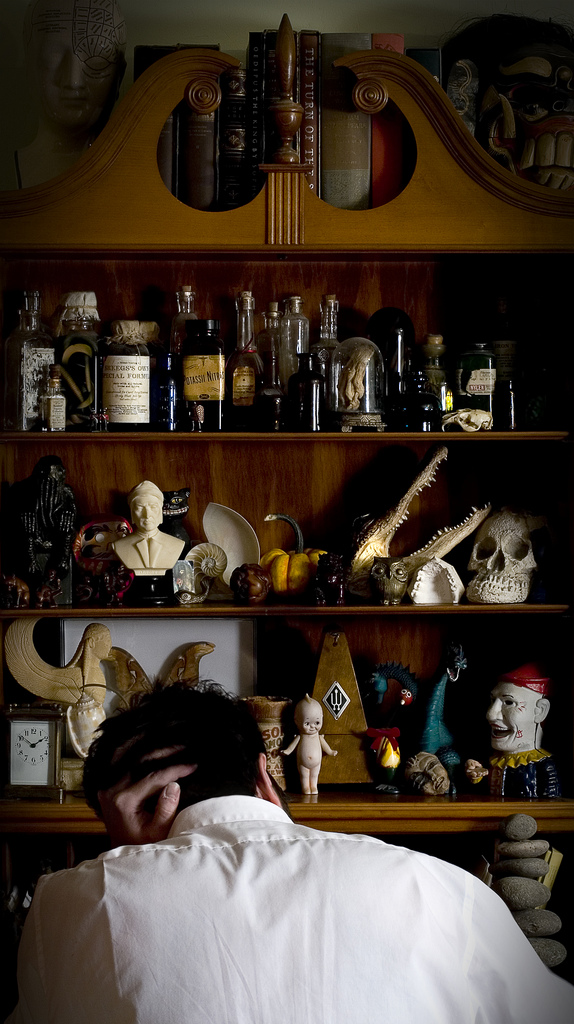 Stu Horvath is the captain of this ship of fools, contributor to Wired, former videogame critic and photo editor for the New York Daily News (review index), one-time Crispy Gamer contributor, photographer (portfolio) and general cranky bastard. He is an enthusiast of things pulpy and weird, well versed in most things geeky and obsessed with things old and abandoned. He likes hats, has presided over three weddings to date and often jokes about worshiping Cthulhu.

He also thinks that writing about himself in the third person makes him sound like a wanker.

I do enjoy lists and, in this case, I think a list of my favorite games may reveal more about my philosophy on videogames than a long and involved diatribe. Helpfully arranged into archaeological eras, but in no particular order, these games represent the ones I love most, not necessarily the ones I believe, critically, are the best or most important.