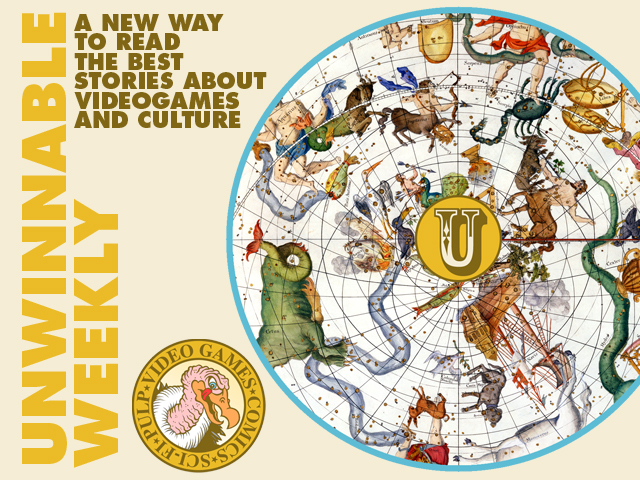 Kearny, NJ. – March 17, 2014 – Unwinnable announced today the launch of a Kickstarter campaign to produce a subscription-based digital magazine delivered weekly. Founded by Stu Horvath in 2010, Unwinnable has been a showcase for weird, experimental, poignant, funny and iconoclastic stories from an all-star cast of writers like Gus Mastrapa, Jenn Frank, Cara Ellison and many more.

“I am excited to launch this Kickstarter because now I am finally able to sleep.” – Stu Horvath, Editor-in-Chief

To get an idea of what that will look like, download Issue Zero – a small collection of reprints selected from Unwinnable’s best stories. 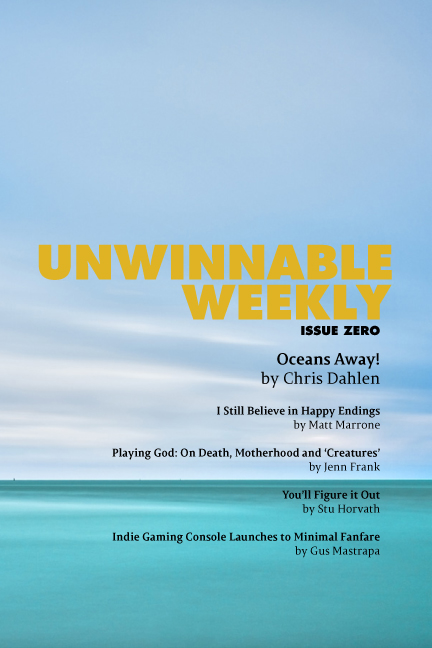 Asking for a modest goal of $35,000, Unwinnable has been a volunteer-run passion project from the start, funded by day jobs and the kindness of colleagues.

Their friends rallied together to bring exclusive, jaw-dropping Kickstarter rewards. Read about a few of them below:

Sample work, not representative of the final artwork

PLAYABLE, Unwinnable’s showcase of small videogames, creates an environment to stimulate greater conversation about videogames as a medium while establishing a vehicle to examine the mostly-unexplored craft of game development.

Daphny Dream, from Cart Life developer Richard Hofmeier, presents his gift to Unwinnable, a new Playable game exclusive to this Kickstarter. Laboratory, the makers of Shift, Province, The Strongest, are cooking up an exclusive new game and you’ll get to be there every step of the way.

Teddy Diefenbach (Hyper Light Drifter) and Pippin Barr (Jostle Bastard) are offering an on-going development open to backers of their new games for the public to witness the ups and downs of the game development process.

Backers also have the chance to check out a behind the scenes look of Camouflaj’s hit game République, an exclusive mini-documentary from the Critical Path Project, and access to clues to find the Unwinnable Weekly collectible in the forthcoming game The Long Dark.

And then there’s the cookie reward from EIC Stu Horvath’s mom. Even if you don’t want art, eBooks, music and games, everyone loves homemade cookies – right?

For more information, and to see the rest of the rewards, check out the Kickstarter page here.