Many geeks are collectors. As collections grow, so too does the amount of clutter piled high in attics and basements. You may no longer care about that box of musty 1970s comics or that live Iron Maiden bootleg DVD, but someone else certainly does. Unbury that forgotten treasure and sell it at the third Unwinnable Geek Flea!

We learned a lot with the first two events and we are working to make Geek Flea 3 the best one yet. You can expect plenty of vendors, baked goods, music, videogames and fun!

Let’s talk raffles: for our grab bag raffle, we have a stack of t-shirts and hoodies, courtesy of 80sTees.com, gift certificates from Barcade Jersey City and comics galore from Comic Explosion! $1 a ticket, winners all day!

For our special raffles, we have limited edition versions of Uncharted 3, Batman: Arkham City and Mass Effect 3; a limited edition soundtrack for Sword & Sworcery, on both vinyl and casette; limited edition figurines from Warp, courtesy of Trapdoor;  and, last, but certainly not least: we have the statue of the dragon Alduin from Elder Scrolls V: Skyrim. $1 per ticket, per item; winners drawn at 4:30pm!

After party at the Loop, featuring Unwinnable’s very own Hambone & Friends and Six to Eight Mathematics bringing the rock LIVE on stage! And as if that wasn’t enough, it is also the Loop’s Game of Thrones premiere party – expect lots of swords and…uh…incest?

Tables are sold out! Email info@unwinnable.com to inquire about the waiting list. 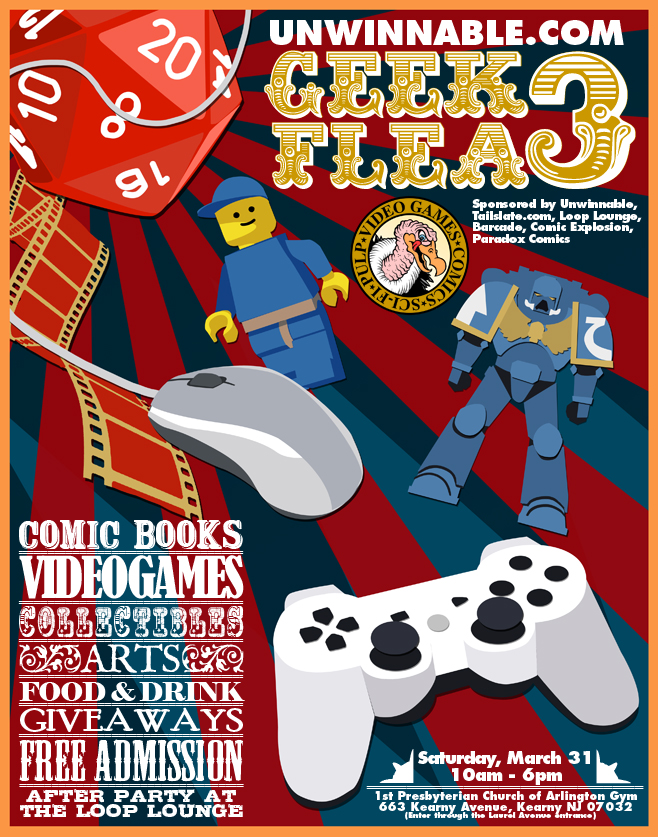