I was looking for something else in the archive drive, and stumbled across the poster for the first Geek Flea. It was in the wrong folder, so I put it in the correct folder. And then I looked through the posters for the other Geek Fleas. More on that in a second.

This November will be the 20th Geek Flea. That’s a decade of Geek Fleas (across a dozen years, thanks to the pandemic) and, honestly, about 19 more than I ever expected to do. As with most things involving Unwinnable, Geek Flea’s longevity has surprised me. I have many fun, silly and weird memories connected to the show (the removal of low rent Sponge Bob and that time Mark Mariano’s car caught on fire are top of that list) but I was shocked in April of this year when we had the first Geek Flea since the pandemic. Folks – vendors and shoppers alike – were so genuinely pleased that the show came back. It verged on emotional. Never in a million years did I expect Geek Flea to, like, be a meaningful thing for people. I still don’t entirely know what to make of that, but it is pretty cool.

Anyway, I’m not one for celebrations, really, but I did want to mark the ten year milestone in some small way, and collecting the posters, which have such a brief lifespan, seemed a good way to do it. 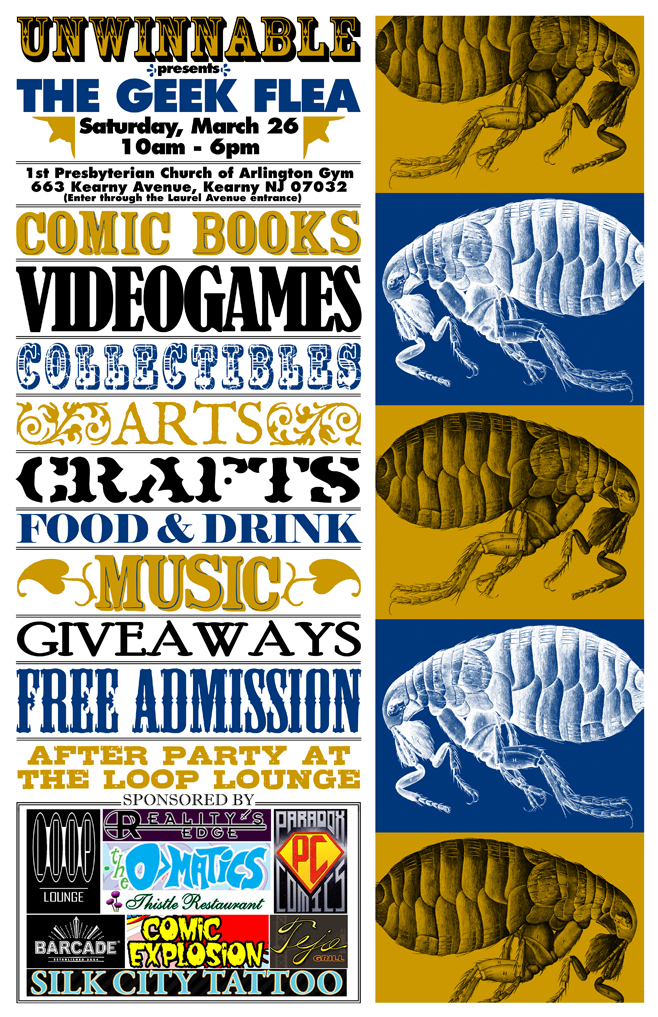 Geek Flea 1
Lots of fonts and Robert Hook's illustration of a flea from 1665. 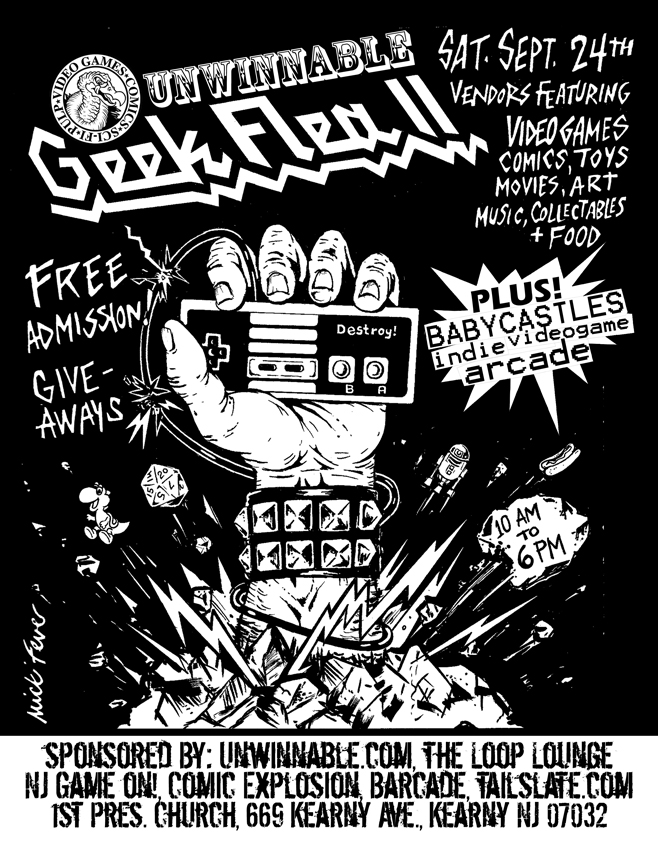 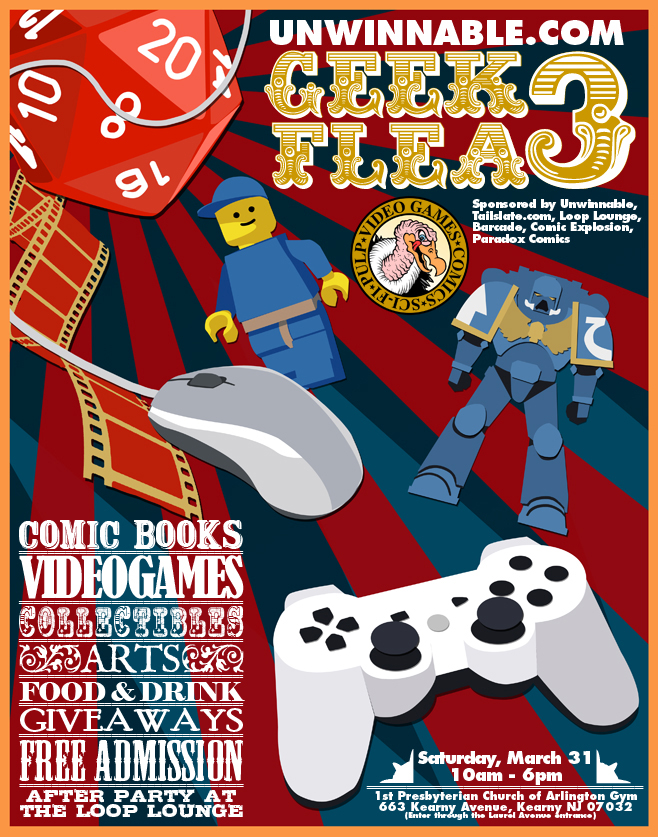 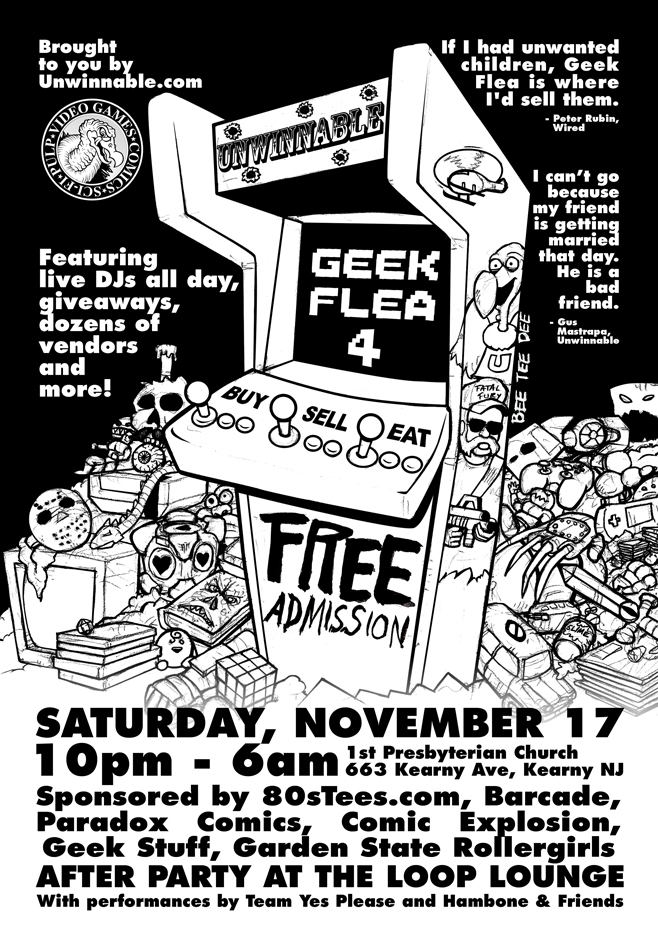 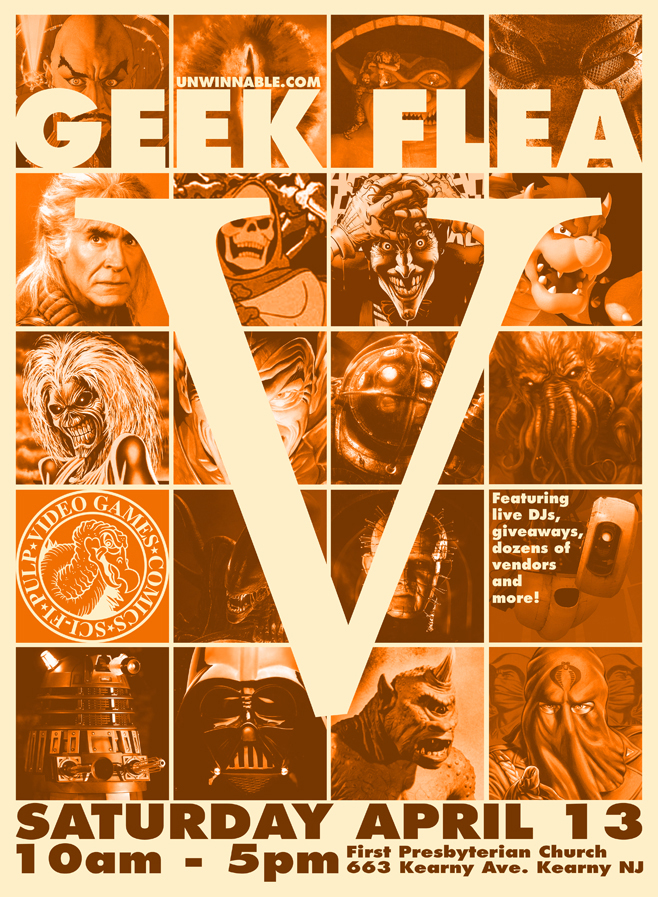 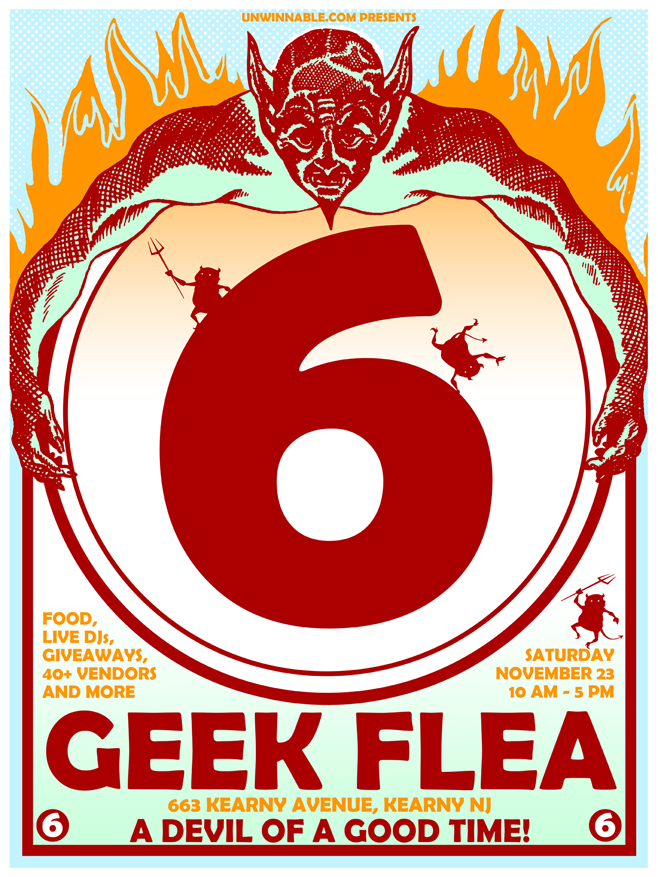 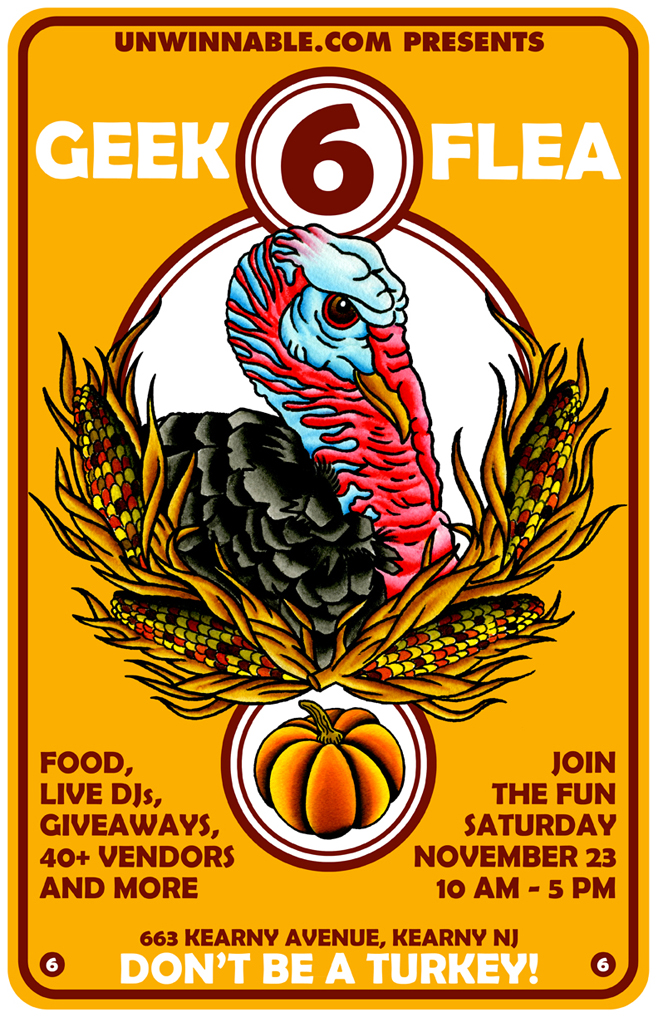 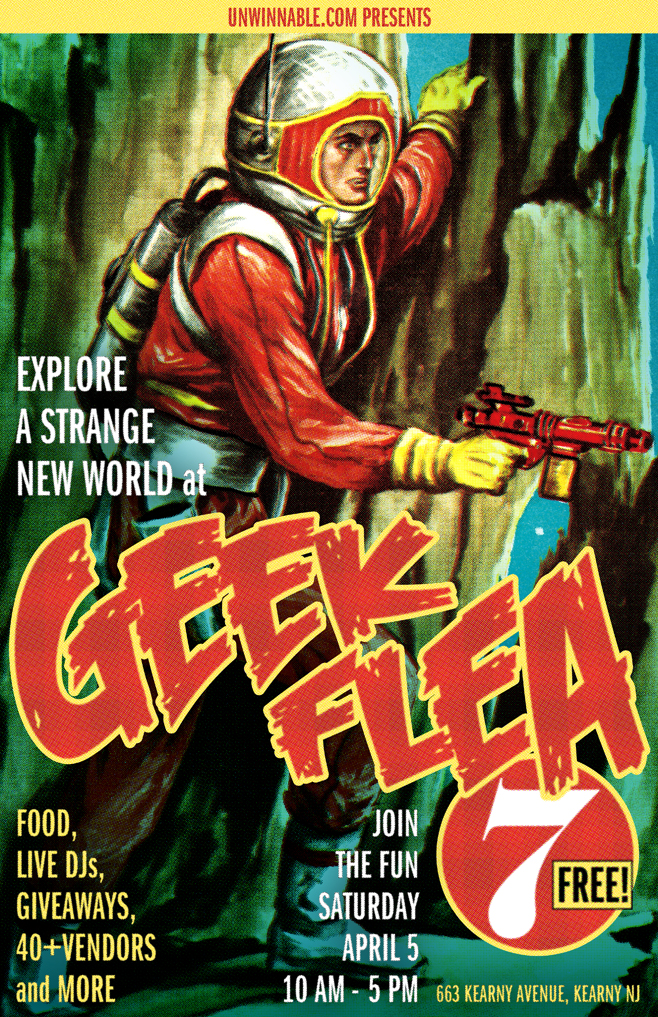 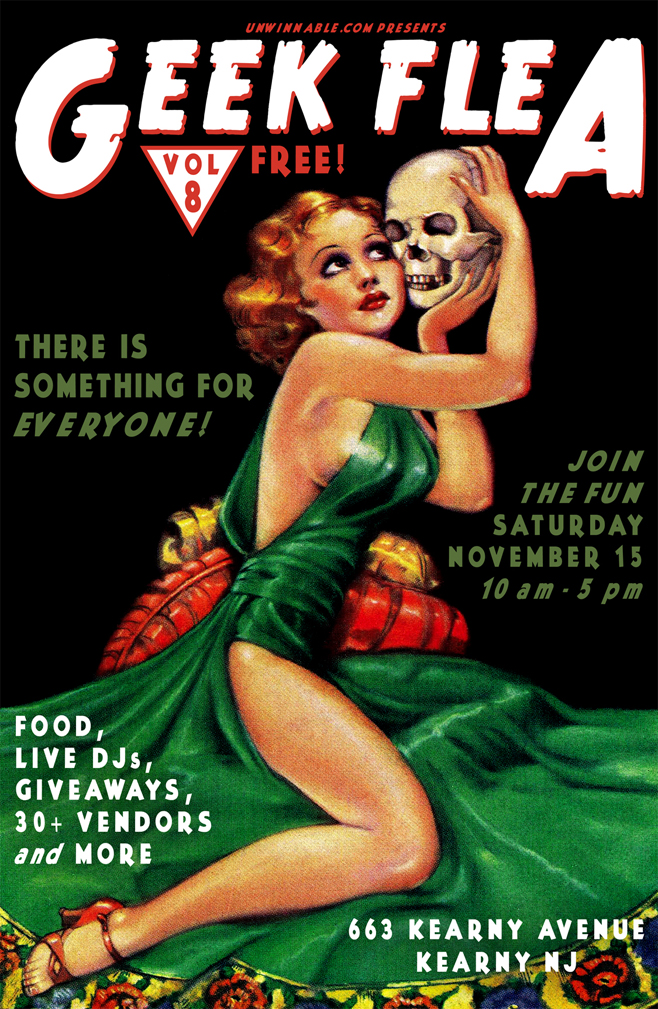 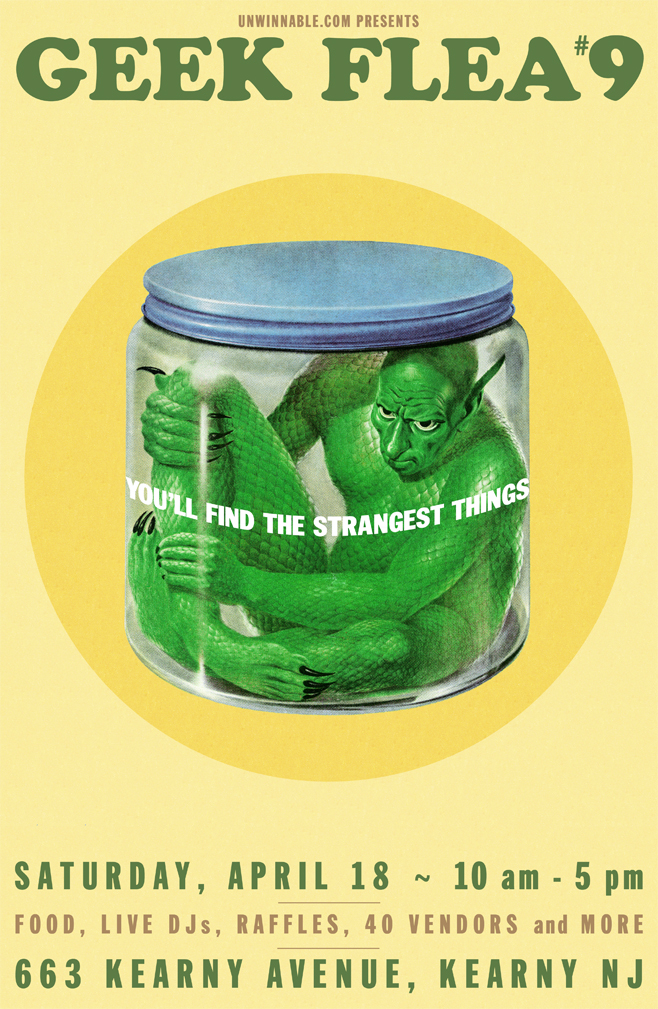 Geek Flea 9
Uncredited Pulp era art. In the original, the devil is red, which I changed to head off complaints... 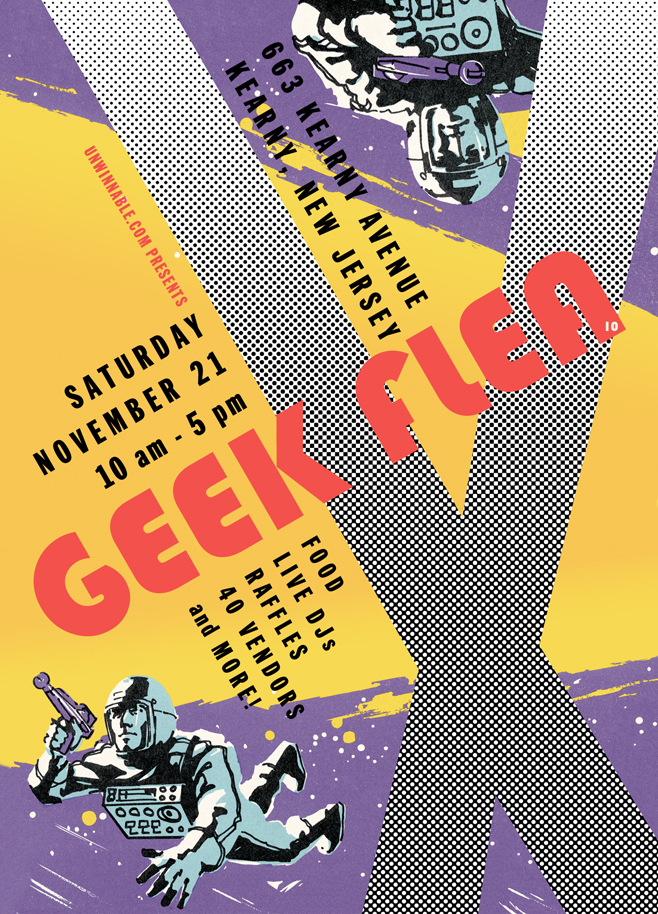 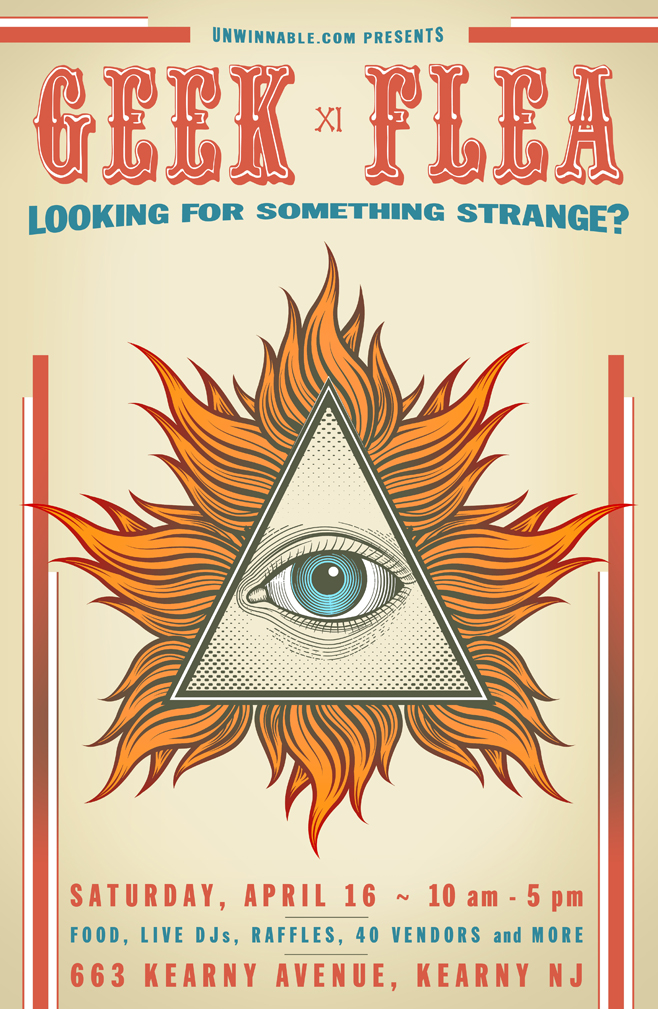 Geek Flea 11
Just messing around with some clip art. 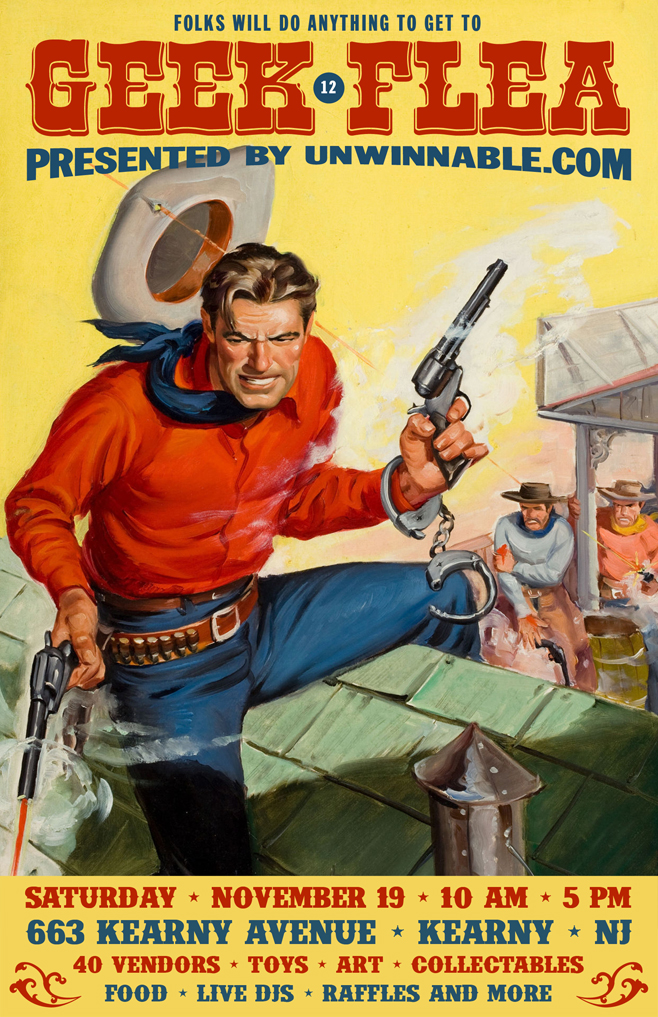 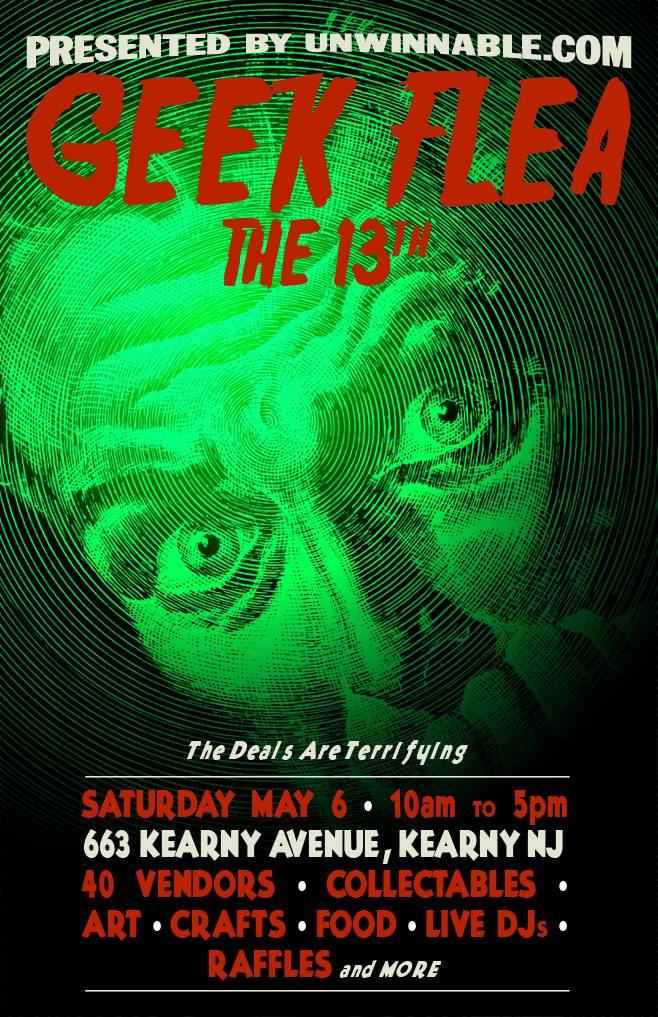 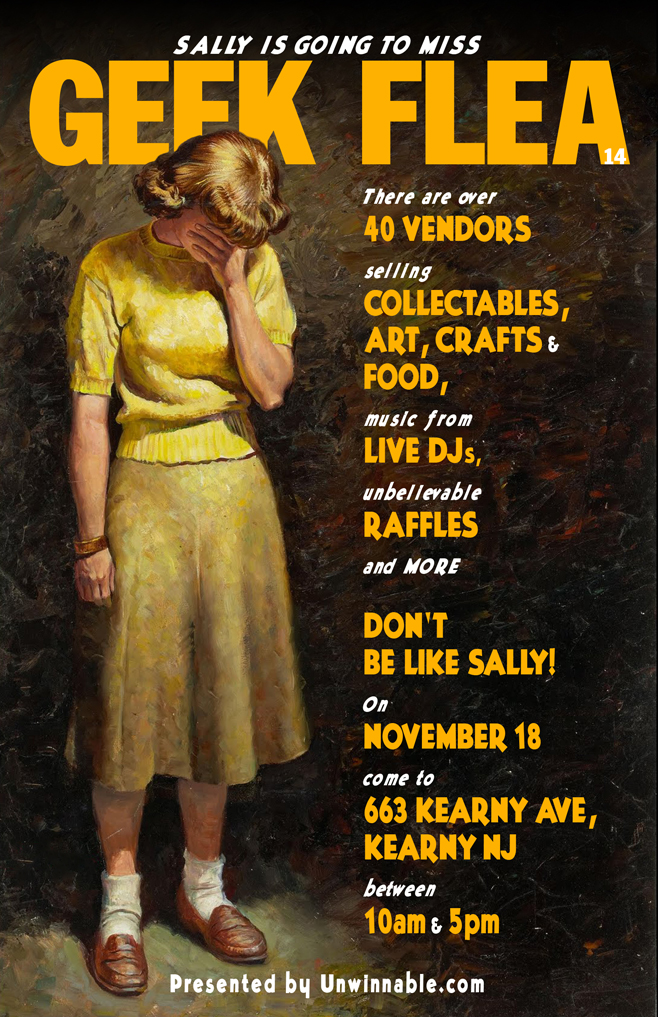 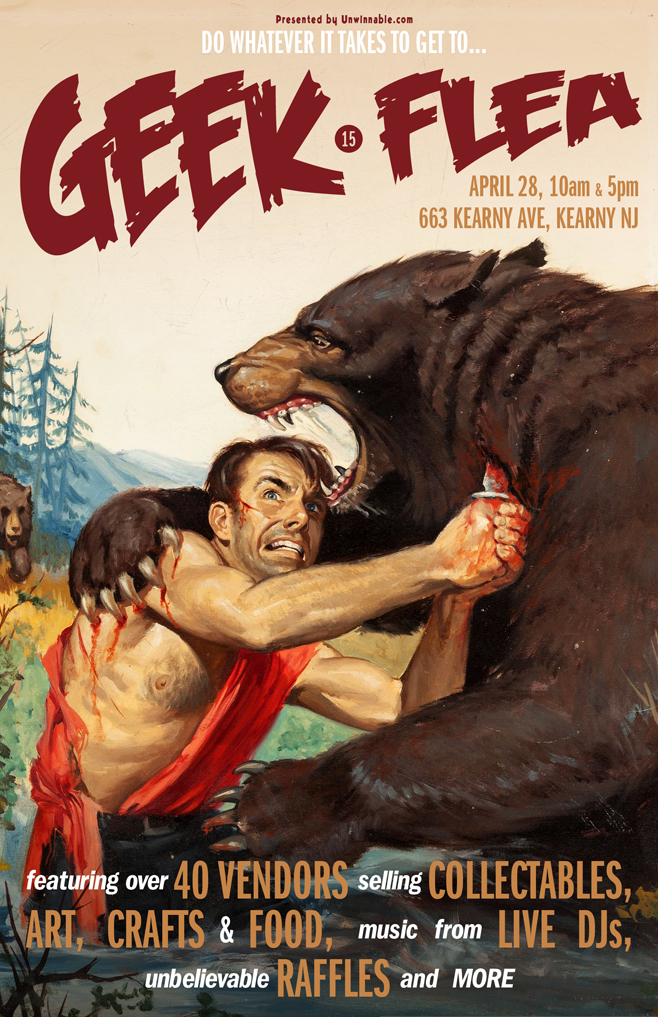 Geek Flea 15
"A Kodiak Bear Ripped My Flesh," by Will Hulsey, for the June 1957 issue of True Men Stories. 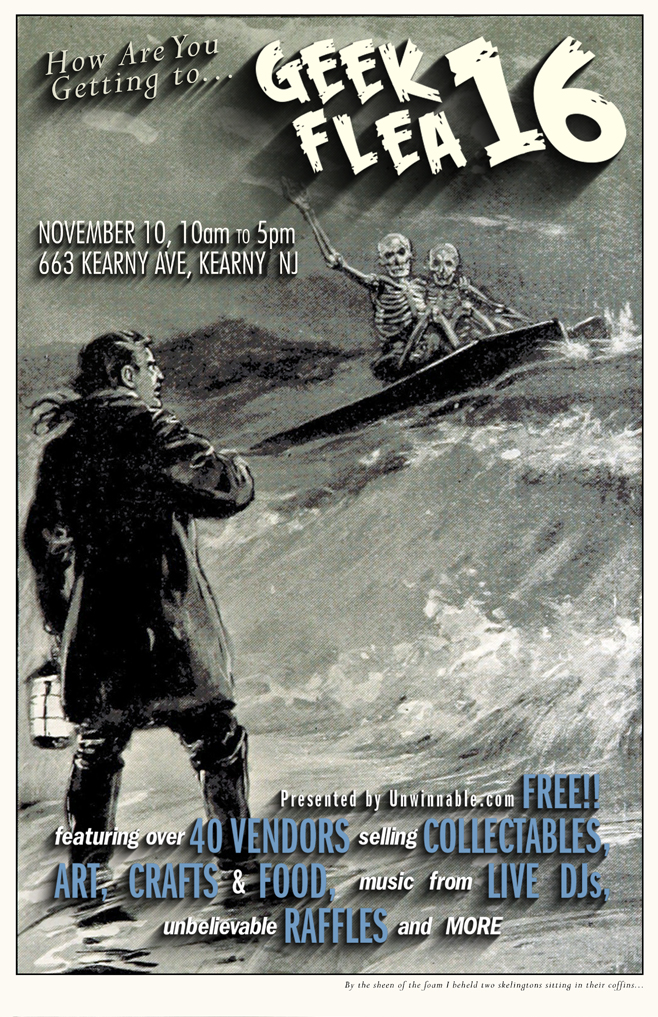 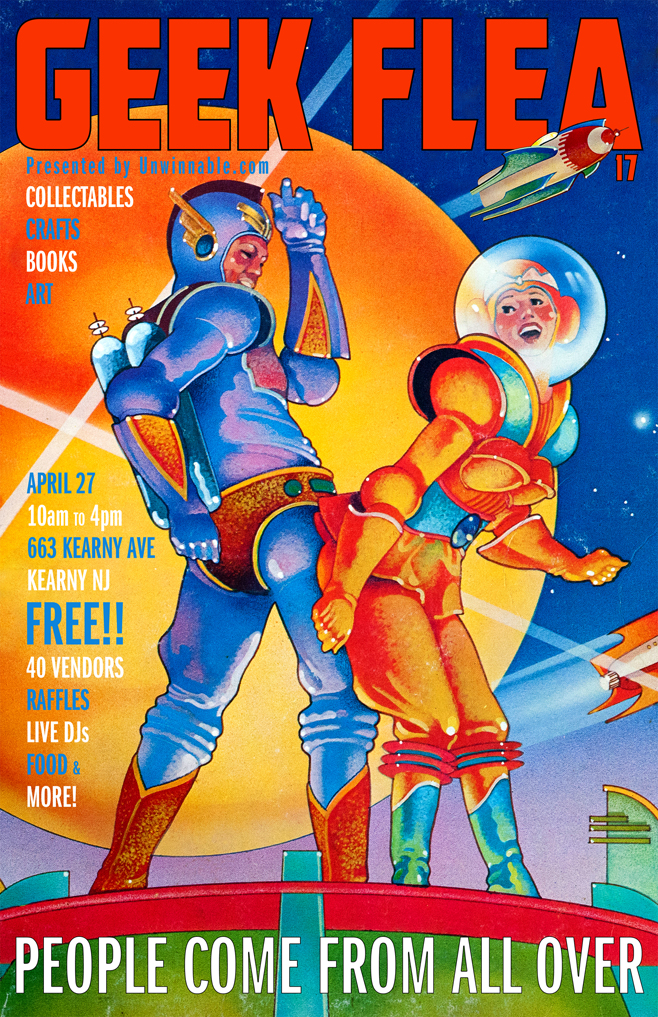 Geek Flea 17
The image is lifted from Meca's 1977 album Star Wars and Other Galactic Funk. 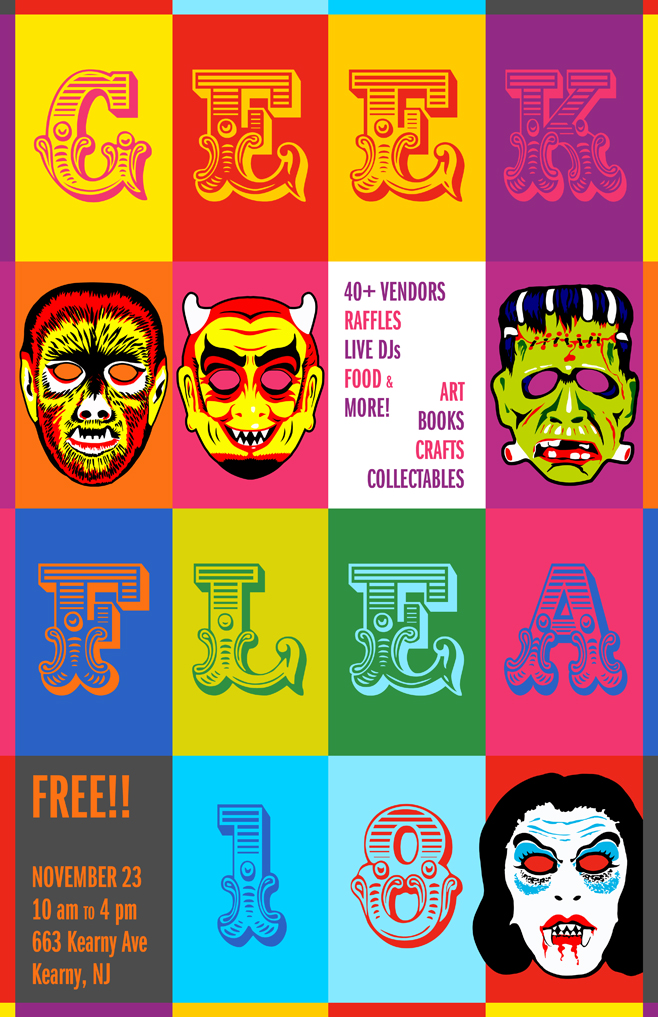 Geek Flea 18
The devil and the Frankenstein's Monster are originally Ben Cooper designs, the werewolf and the vampire are Collegeville. 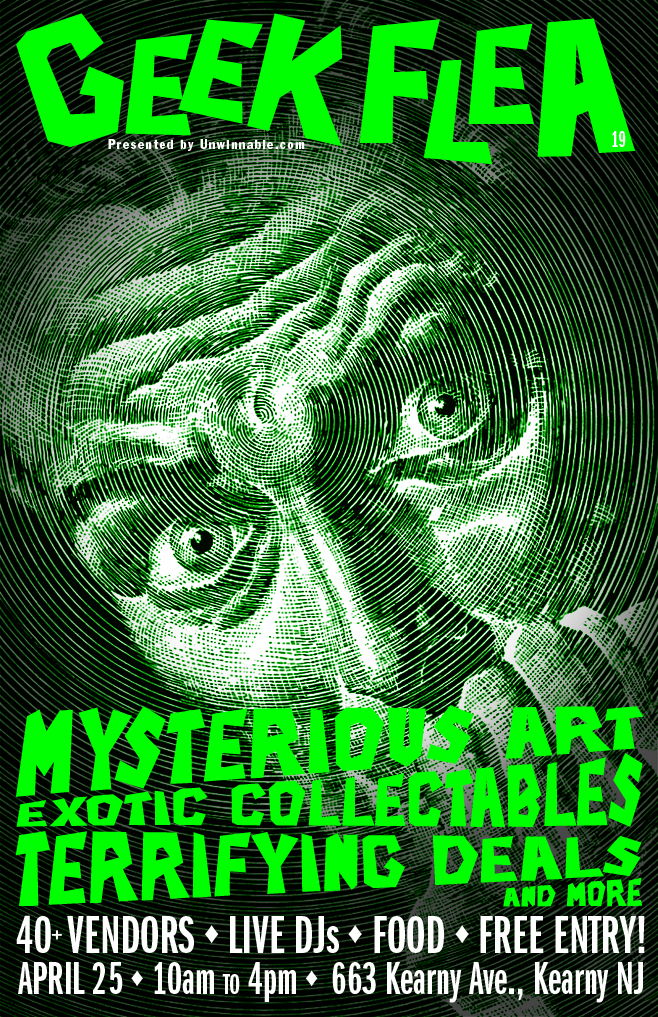 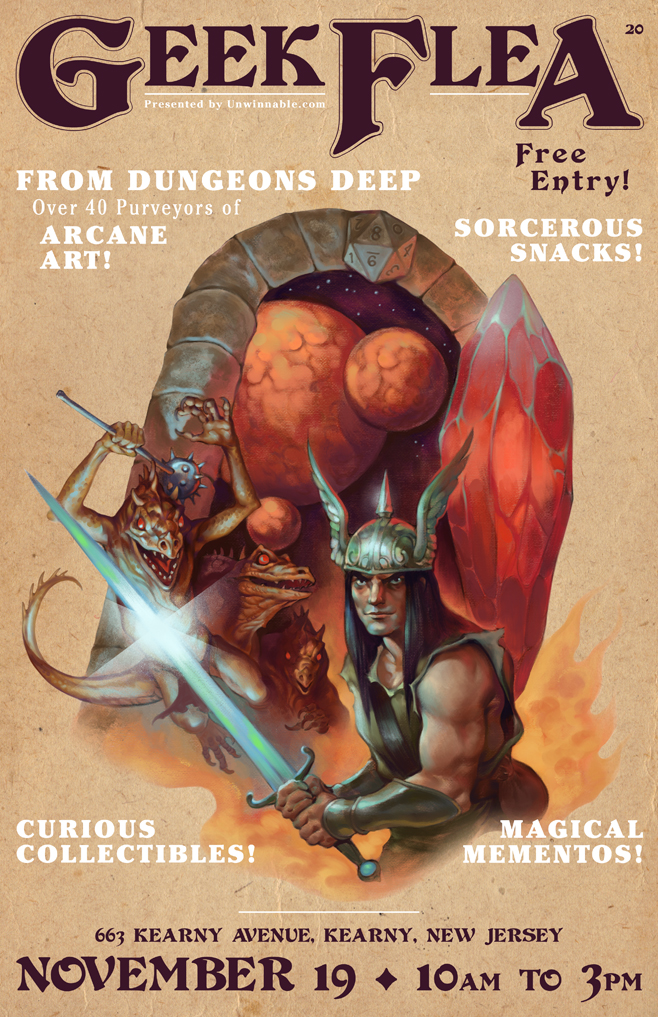