Every year for books is both great and terrible, and few years exemplify that quite like 2019, a year in which the Nobel Prize was awarded both to a courageous and inventive writer who fiercely questions her nation’s slide into nationalism and xenophobia (Olga Torkarczuk), and a genocide apologist who delivered the eulogy at the funeral of mass murderer Slobodan Milosevic (I’m not even going to bother with that writer’s name).

Unlike last year, in which no book received multiple votes from our panel of critics, in 2019 a clear top pick emerged, as well as two strong second place finishers. We round out our list with a couple of critics’ choices, as we are wont to do. We could have, like last year, included the full tally of each critic’s ballot and not come close to even a survey of worthwhile titles from the year. Consider this list then, like the publication in which it may be found, an idiosyncratic but earnest selection of what our readers considered most worth their time, and by extension, we hope, yours. 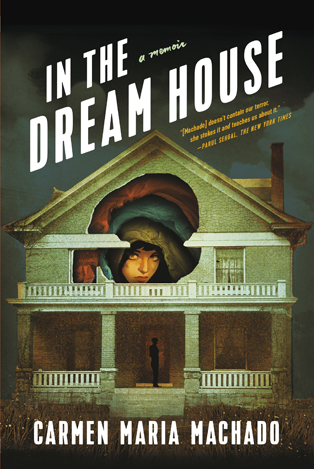 In the Dream House, by Carmen Maria Machado

Carmen Maria Machado’s memoir truly puts the “creative” in creative nonfiction. It’s a narrative of an abusive relationship told through a remarkable exercise in form – each of the short chapters tells the story via a different literary or pop-culture genre. Machado borrows tropes from horror, noir, kid-lit, soap operas and everything in between, each of her choices emphasizing the story either by playing into or playing opposite the often harrowing account. It works to make a difficult subject digestible – just when things get almost too monstrous to bear, a genre switch changes the flavor just enough to carry a reader through. And as difficult as the narrative is, it’s as equally an important one. Depictions of same-sex abusive relationships, especially lesbian ones, are virtually non-existent, depriving those in similar circumstances of recognition, validation and the vocabulary with which to describe their experiences. Carmen Maria Machado consciously aims to begin filling that literary gap with In the Dream House. Here’s hoping others will follow suit. She’s done important work with wit, style and an enormous amount of grace. 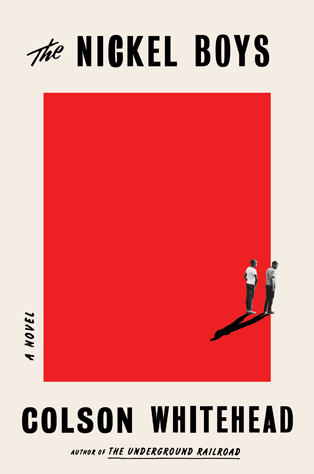 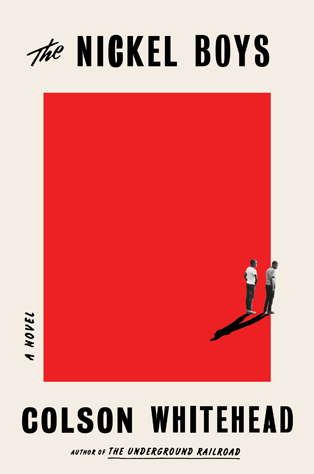 The Nickel Boys, by Colson Whitehead

As with his last book, Underground Railroad, Nickel Boys works because Colson Whitehead is a master of dredging up painful historical memory and exploring its emotional resonance through an artfully constructed voice. In Nickel Boys, that voice is a righteous black boy named Elwood whose idealism runs aground of the brutal reality of white supremacy in the form of the Nickel Academy, a prison masquerading as a reform school. At Nickel, Elwood is beaten and caged up, as are many of the other boys, in an effort to erase his individuality. The miracle of Elwood’s story is that despite all of this he continues to maintain a desperate hope, one that inspires others to believe that they too can survive, can figure out how to become men even after losing their childhoods to the school. The book doesn’t end on the saccharine however. Most never figure out how to live. Such is the result of the trauma Nickel Boys spends its pages exhuming: the individual, which Whitehead describes and the generational which his story widely reflects. 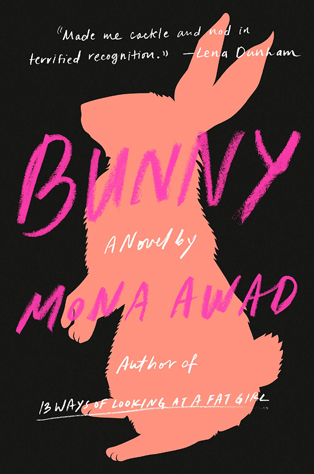 Mona Awad’s darkly comic novel, Bunny, follows Sam, an MFA student in her second year of graduate school. Sam intensely dislikes her cohort of cloying, upper-class women she calls “Bunnies.” Then, after being invited to one of the Bunnies’ “smut salons,” Sam falls into their feverish circle, eventually discovering the dark, mystical secrets of their off-campus “workshops.” Without giving away the details, Bunny matches the terrifying realism of graduate school and the creative process with terrifying speculative horrors borne from desire, friendship, obsession and (again) the creative process. Traversing questions of class and cultural elitism, Bunny frightened me in a beautiful way. At its rotting core, the story engages the fear of being unable to create as well as the fear of being unable to control your creations. A sublime read for fans of dark fairy tales, or for anyone with a fraught relationship to their creative work. 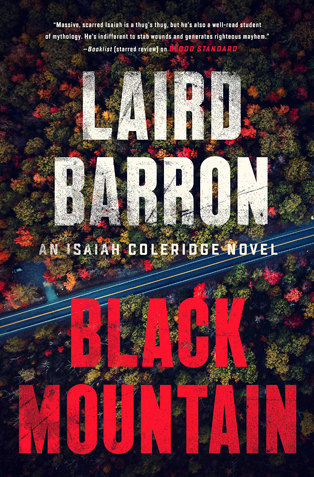 I’ve been a faithful follower of Laird Barron’s work for several years now. I will always love his horror work – it was him that finally shook me loose from Lovecraft to gain an appreciation of the wider field of cosmic terror – but it has been an education to watch him test the water of the crime genre, culminating last year in the first Isaiah Coleridge novel, Blood Standard. Coleridge, a half-Samoan hitman for the mob turned private eye, fits the mold of many of Barron’s protagonists – beefy, with murky connection to powerful people and an appetite for ultra-violence. As much as I enjoy watching folks like that collide with the outré, it was refreshing to see one of his characters solve a case, reflect on his failings and not die in the maw of a carnivorous tree at the end of the story.

From the start of Black Mountain, though, something feels deliciously strange. There is a murder case, sure, and it gets solved, and there is no carnivorous tree and, spoilers, there is a third Isaiah Coleridge novel coming out next year, but I wouldn’t be so sure about collisions with the outré anymore. That third book can’t come out fast enough. 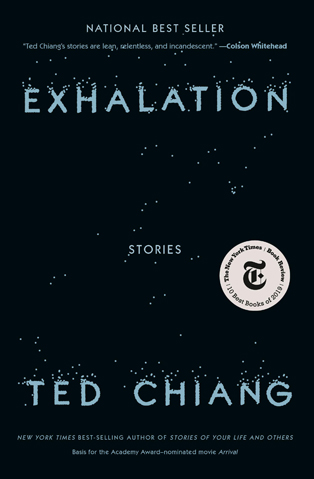 Technology is the fetish of science fiction, and the magic it holds is the product of social values. In that sense no writer since Ursula Le Guin is more anthropological than Ted Chiang. Where much scifi uses the magic of technology as a screen for fantasy, Ted Chiang’s stories are about how technology changes us, and about what technology cannot change. Any given Chiang story asks, “If this were the way the world worked, how would we then live?” His science is accurate, but his conception of the human condition is even more so.