This column is a reprint from Unwinnable Monthly #115. If you like what you see, grab the magazine for less than ten dollars, or subscribe and get all future magazines for half price.

In the days following her passing in March at age 90, the doorstep of the famed French New Wave director and documentarian Agnès Varda was festooned with flowers sent by fans from all over the world. They were also bedecked with piles upon piles of heart-shaped potatoes. The tuberous tribute was a reference to Varda’s 2001 film The Gleaners and I, a film that is itself somewhat like one of these misshapen spuds: imperfect and unpolished but still nourishing to the soul none the less.

Traditionally, the term “gleaners” refers to peasant women who would pick over the fields after a harvest, gathering up the bits of wheat or corn that had been left behind. Today, gleaners pick through piles of agricultural waste for specimens that don’t fit the aesthetic specifications required by retailers (see: heart-shaped potatoes). They comb the streets for discarded furniture and electronics to breakdown and sell for scrap or to remake into abstract works of art. Or they search through discarded produce in supermarket dumpsters or left out on the streets to rot after the farmer’s market.

Some do it to simply to survive. Others view it as a kind of quality control, a means of ensuring with their own eyes and hands that their food takes the shortest possible route from farm to table. Still, others consider it a matter of personal ethics in response to a culture of extreme wastefulness. And yet for an activity that is so intimately associated with stooping, each employs the same defiant tone as they are interviewed. They are proud of their ability to see past the banal logics of capitalism that dictate which items have worth, finding valuable uses for objects that have resisted their transformation into sources of profit.

Varda fancied herself a gleaner of sorts as well, a gleaner of “images, impressions . . . and information,” and her filmmaking style is therefore appropriately loose and unplanned. She is able to find beauty in moments that a more conventional director would leave on the cutting room floor: the awkward moments in the aftermath of an interview when the subject isn’t quite sure where they should be looking, the “dance of a lens cap” that she forgot to secure in between shots, the long rainy car rides from one site to the next, the odd visual symmetries that exist between a smashed television screen and a Y2K fireworks display. 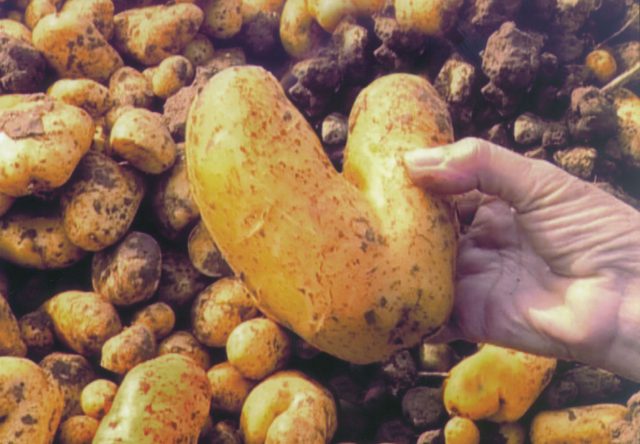 She also invites us to consider the way we conduct our own media harvests. Do we skim over the surface of culture, only bothering to take up that which is closest to hand and that which has been grown to the exact specifications of the market? Or do we stoop to look closely at the stories of those who have been left behind to rot on the vine?

Another of her more recent films, 2017’s Faces Places, posits a similar question, though it uses a somewhat more playful format. Faces Places is a chronicle of an art-making road trip during which Varda travels the countryside with Jean “JR” Rene, a photographer and artist who specializes in creating ephemeral murals by wheat-pasting gigantic images onto abandoned buildings, silos and trains. Together, they surprise ordinary people by transforming them into extraordinary larger-than-life figures and, while the installations created by JR and his team are beautiful, Varda’s ability to capture the reactions of their impromptu models is sublime.

In the wake of her death, JR offered his own tribute to the mother of the French New Wave, though his was not composed of root vegetables. Instead, he worked with a team of over 400 volunteers to create his largest project yet: an optical illusion that turned the flat ground surrounding the famous pyramid structure at the Louvre into an impossible quarry. When asked about his inspiration for the piece, JR replied by addressing his comments to his departed travel companion: “I finished this one for you Agnès Varda. You loved people, pasting and illusion. I am sure you can see it. I did something that can be seen from the sky.”

Agnès Varda, Documentary, The Gleaners and I

The Red Ghost of the Southwest