This is an excerpt from the cover story of Unwinnable Monthly #158. If you like what you see, grab the magazine for less than ten dollars, or subscribe and get all future magazines for half price. 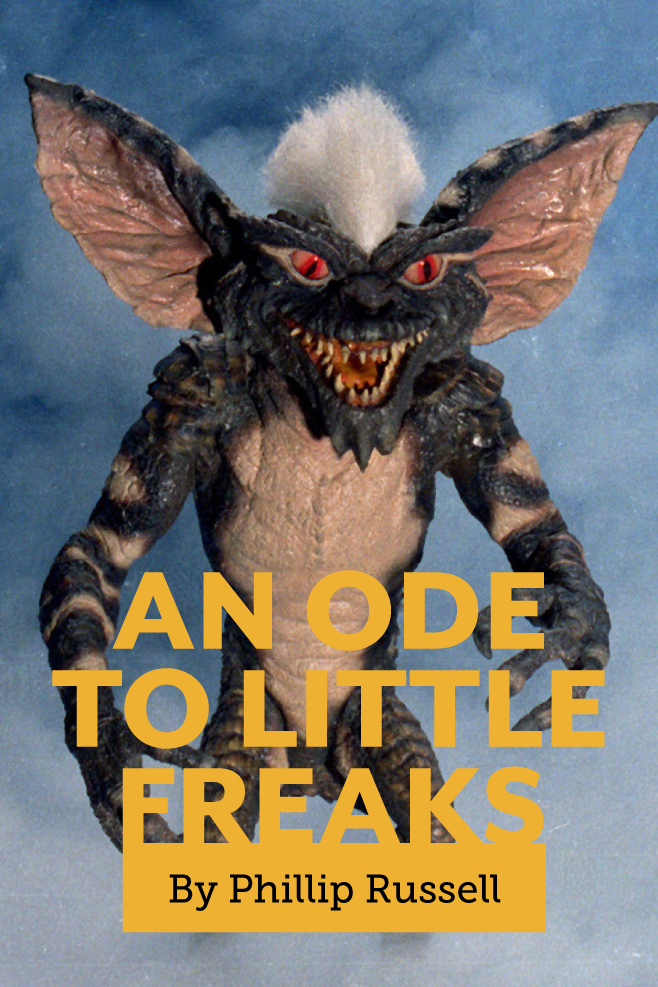 Whenever someone asks me what my favorite Christmas movie is, I always say Gremlins. What follows is a confused look and then a question: Is that really a Christmas movie? I suppose it depends on how you qualify it, but the movie does take place during Christmas and that’s good enough for me. It’s of the same ilk as films like Die Hard, using the Christmas holiday more as a backdrop to tell its narrative while also weaving in anti-capitalist sentiments.

Both Gremlins and its sequel Gremlins 2: The New Batch are about little freaks that defy genre conventions. They are films that so clearly broadcast their influences that they create something unique all their own. I’ve always found this to be an admirable element of the two films. While they certainly have some elements that haven’t aged well, there’s something to be said about the confidence on display in how Chris Columbus and Joe Dante created incredibly unique monsters with loads of personality that you both cheer on and fear.

On a surface level, Gremlins is a movie that evokes classic horror tropes seen in films where a pet or toy turns evil and wreak havoc on its owner’s life. But when you dig deeper, you find a meta horror satire that attempts to comment on American excess and consumerism. It is through this lens that a greater appreciation of it taking place on Christmas can be found.

Gremlins 2 on the surface is a horror sequel that does the classic move of placing itself in a new location (New York City) and upping the ante by making super-powered Gremlin hybrids that terrorize characters in a megacorporation. But just like its predecessor, once you look deeper you find a much smarter film that is actually making a meta-commentary on the sequalification of the Hollywood film industry that is only more prescient today. 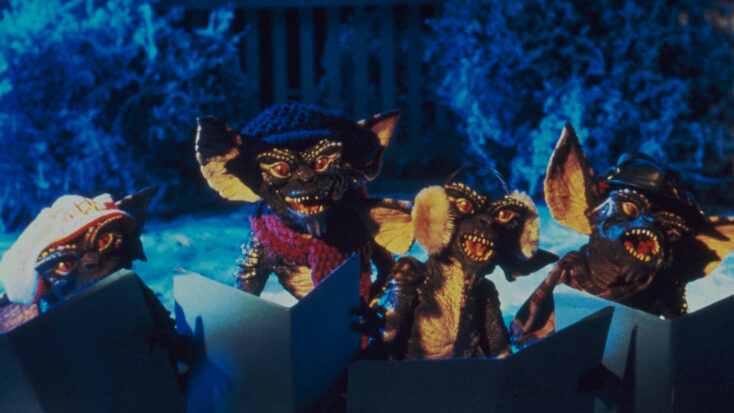 Growing up in the 90s, I was one of many kids that hopped on the Furby wave. Looking back on it, I’m not really sure what inspired me to want one. I wasn’t really into dolls or stuffed animals, and my house was full of pets. Plus, it’s no secret that those furry little things were creepy. I guess in some ways they were a different form of little freak, most certainly influenced by E.T., Gremlins, and all the other little freak properties that had come before. But unlike its influences, the whole Furby brand felt a bit vapid and manufactured.

I have this vivid memory of sneaking my Furby into the bathroom when no one was looking. I took yellow and pink highlighters and colored its white fur into a neon mess. I cut the hair on top of its head into a tiny mohawk. It blurted random catchphrases while I waterboarded it to remove stray strands. I’m not really sure why I did this, maybe it was a way of making the Furby mine, to make it reflect more the kinds of music and television I was interested in at the time.

Whatever the case may be, every Furby owner I’ve ever met has stories about how when night fell, their Furby came to life on their own. After the violence I enacted on my own Furby, I began taking its batteries out before bed and facing it toward the wall. I felt as if it was watching me, waiting to exact its revenge. I wonder now if that has to do with seeing films like Gremlins and Child’s Play, movies I should have been watching at that age which seemed to have bred an innate skepticism of toys in me for years.

In retrospect, the Furby craze could easily be the definition of a flash in the pan. While plenty of people that are in their early 30s can recount stories of either having one, being scared of one or not fucking with them at all. I’m sure most kids today would be left saying, “Fur-what?” While they initially captivated people for their seeming “intelligence,” those who owned Furbys quickly saw through the guise. The reality was that Furby as a brand didn’t have much to say. They are more of a footnote than anything else. This has so much to do with their hollow characterization that wavered between goo-goo-gaga bullshit and E.T. without any of the charm.

While the Gremlins franchise primarily exists on the screen, it’s interesting how much staying power the two films seem to have compared to much more wildly successful but short-lived phenomena like Furby and Beanie Babies. Just recently, a new tv series was announced for the franchise after over twenty years of dormancy. And somehow, Gizmo and Stripe made it into Multiversus. I’m sure there are a number of factors involved, but largely I think Gremlins’ staying power is due to creating incredibly likeable monsters that are humanized with outlandish detail. 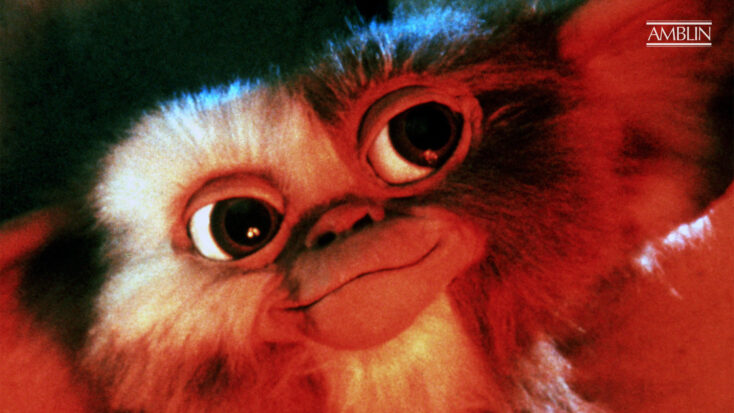 When I look at Gizmo I can’t help but smile. There’s a gentleness and curiosity in Gizmo’s character that makes him likeable. Chalk that up to the magic of traditional special effects and puppetry, but there’s also an allure to the character that is largely due to the human details they imbued in him. It also makes Gizmo a perfect foil to Stripe, the gremlin counterpart to Gizmo. He’s rash, mischievous, ill-tempered and downright ugly. But I’d be lying if I didn’t also like these elements about Stripe, if I didn’t cheer him on when he and his gang shot the old neighbor lady out the window.

At their heart, the Gremlins films are a bit of an ode to these little freaks. There’s a much more boring version of this movie that exists that simply makes them villains. Monsters to be dispatched by our white-bread protagonist and soon-to-be girlfriend. The films that Gremlins directly inspired like Ghoulies and Troll are a testament to that kind of storytelling. But what Dante and Columbus understand in these films is that part of the allure of monster movies is actually liking the monster itself. The Gremlins franchise not only realizes this, it revels in it.

My favorite moment in Gremlins is the scene where the mob of gremlins takes over the town bar. Throughout the sequence, we see a wide assortment of gremlins, each with their own unique characterizations. There’s the gremlin smoking three cigarettes at once; the gremlins gambling at the card table, a gremlin doing its best impersonation of a Richard Simmons routine, the gremlin in a ski mask trying to rob the joint, and more. This scene is firing on multiple cylinders. Each of the gremlins in the mob get a unique moment to shine that creates a memorable characterization that will live on long after the movie ends. But this scene is also furthering the film’s deconstruction of American excess by taking it to the extreme. What the audience gets is not only a roaring pastiche of film and daytime television, but also a commentary on what all of that says about us.

You’ve been reading an excerpt from Unwinnable Monthly Issue 158.

The New Age of Nollywood

A World Beyond: The Inadvertent Sci-Fi of Universal’s Original Mummy Sequels
Previous Post

The End of Return to Monkey Island