In Twilight, Stephenie Meyer goes out of her way to establish that the wolves of the Quileute tribe are not werewolves but are rather wolf-shifters. This is a strange narrative line to draw in the sand but it is one that also opens up the universe for other types of shifting creatures. Ones that become bears, foxes, ferrets. While Meyer is undoubtedly not the first to make that distinction, it’s a trope that has only grown with time and one that thrives in the environment of fanfiction as well as in standard fiction. This year, monster-fucker author Vera Valentine wrote a novella called Squeak about omegaverse hybrid balloon animal shifters, which is a lot of words that have very little meaning together outside of the fanfiction and romance novels. The important phrase here is “hybrid shifter.”

What is a hybrid shifter?

Hybrid shifter romances are romances where at least one of the characters can change form (usually entirely) into an animal. Animorphs-style. They usually retain some of their cognitive function in animal form but as a side effect are more tied to their “animal instincts,” usually a close-to-the-surface desire for violence, scenting and sex. In erotic stories, these animalistic changes are usually sexual in nature, but highly fictionalized, like knotting or heat cycles. While there are animal-shifter stories of all kinds, the animals selected are the ones you’d normally expect when a white guy tells you he has a spirit animal – wolves, bears, snakes, cats, bunnies. Large predators or animals with storied sex drives.

While hybrid-shifter stories are common throughout fandom – they’re probably at their largest in K-pop bandom. This is likely because, in part, idols are frequently assigned animals that are intended to represent them – usually through fan-translations that decide that Jimin from BTS is a chick (🐥) so they can represent his speech in text form on Twitter with an icon instead of his name. It’s a linguistic shorthand for the social media age, but it also segues nicely into fanfiction.

Is Hoshi from Seventeen just really into tigers? Does Min Yoongi from BTS have the traits of a house cat? In real life, it’s debatable, but in fandom all things are possible.

What’s more interesting in terms of hybrid-shifter works is not the acrobatic, animalistic sex but actually the moral issues that the purveyors of these works often have to reckon with. I’m talking about fictionalized slavery. The closest analog to hybrids in the real world are literal animals, and if you’re not into zoophilia then these creatures you’ve made are effectively people – except that hybrid-shifters are frequently still owned. Ownership is a frequent narrative device – who owns who, past bad owners – and while they’re frequently analogous to lovers, they’re still owners. Being lovers and owners is its own can of worms. 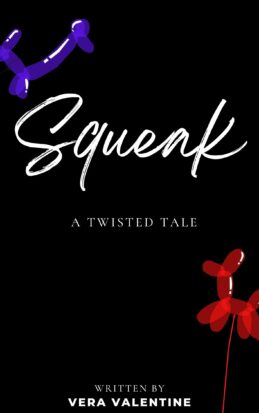 If you moralize in your porn, how do you reckon with someone who needs to have the cognitive ability to consent vs. being owned? It’s an issue that the writers of this kind of work are often not really ready to tussle with because it’s heavy. Slavery usually is. It’s something that pops up even in non-fandom works, like the aforementioned Squeak. The two male leads of that story are balloon animals – they are literally made manifest by a circus witch into sexy men with anatomically impossible penises but when they sleep and when they have sex they once again take on the characteristics of balloon animals. But even in this frankly bonkers concept, you have the idea of slavery. They escaped bondage from the circus witch, who kept them as sex slaves to sate her desires. They exist in this universe both as objects (they are literally manufactured balloons given consciousness) as well as men, who desire freedom and love.

If you’ve made Min Yoongi an actual cat, what does it mean when someone owns him? Is he both a cognitive creature capable of decision making and also someone’s pet? If so, his ownership is always going to be a tragedy.

This is perhaps why, so frequently, these works choose instead to operate without engaging with slavery at all. Usually, one of the easiest ways that this occurs if they don’t have ownership. Min Yoongi is maybe a catboy, but in this case it’s because “designer children ” were a thing for a while in this universe and now the fad has died down. Still a hybrid shifter of some regard, but more likely to also go to college and have a normal relationship with his sexual partners. Magic also helps with this. Sherlock can be a crow shifter without moral conundrums if it’s simply because a wizard made him one.

Ultimately you see in hybrid shifter fiction a desire to create people who are closer to their “natural instincts” over reason, a call back to nature. Is the reason usually sexy? Of course, it is, it’s derivative work. But it’s still a concept worth engaging with.

There Swings a Skull Completes the Bigger Picture with Grim Tidings