Ghostwire: Tokyo – Prelude is an appetizer that fails to entice players to return for the main course.

I only recently learned that Ghostwire: Tokyo was planning to release a visual novel introduction to the main game, and the revelation struck me as odd for several reasons. Ghostwire: Tokyo is a Tango Gameworks production. Tango Gameworks is the studio behind Evil Within 1 and 2, founded by a veteran Capcom developer. By all accounts, their current project is going to be an action-adventure game heavily focused on combat and skill-tree building. Why in heaven’s name did they feel the urge to create a prequel to Ghostwire’s universe told through a visual novel?  Needless to say, my expectations were rather low going in. 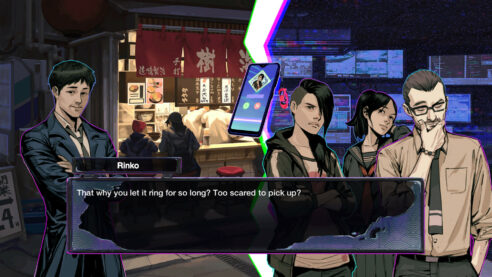 The visual novel begins with a kid on his phone, scrolling through reports of close encounters of the third kind. All cases were reported by a user who goes by the nickname “KK,” aka the same name as the ghostly force inhabiting the protagonist of the main Ghostwire: Tokyo game. The kid (Ryoka) has been investigating strange cases because his friend Sosuke has gone missing, and he believes ghosts may be involved. Satisfied with his research, Ryoka reaches out to KK for help.

Ghostwire: Tokyo – Prelude does a half-baked job introducing you to the supernatural side of the Ghostwire universe. Honestly, Prelude does a half-baked job of everything, especially the writing. The dialogue between characters feels stilted and unnatural, written in a way that people might type but never speak out loud. The exact connection KK’s merry band of ghostbusters have with one another is never clearly established, except they all have messy pasts. Specifics are absent and details are sparse. Everyone keeps referring to a mysterious ‘Him’ being behind their troubles, but because this is a prelude (clearly designed to pull you into preordering the main game) we never get anything beyond that. For all I know, ‘Him’ could be referring to a recurring villain from The Powerpuff Girls. 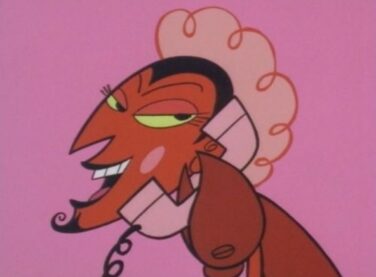 The writing is abysmal, with emotions and subtext so clumsily written it would get you buried in criticism in a junior writers workshop. It feels as though the writers had no idea how to compose a story that couldn’t be told through explosions or quippy one-liners, nor could they nail down a character’s personality enough to be consistent in their speech and actions. You can pick dialogue with different characters at different points in the story, and I consistently chose Rinko in the hopes of getting more backstory. All I can tell you about her by the end of Prelude is that she likes to yell and has an undercut.

Ghostwire: Tokyo – Prelude rushes you through an investigation and attempts to incorporate the abilities you’ll see in the main Ghostwire game, but in the most boring way possible. At one point KK scans the area for ghostly resonance, which I’m sure is cool in a game that lets you actually scan and look around. In a visual novel, this translates to me hitting the ‘X’ button and then letting an animation sequence play out with very long pauses between segments, so much so that I thought I was meant to click through them. There’s a combat section where you select between three options (attack, defend, stun) but there’s no health bar for KK and it’s unclear how much damage you can take until you die. The devs made a pitiful attempt at action animation by having a glowing aura pop up around KK or the enemies when you make a choice, but honestly, I’ve seen better effects from tiny studios using only Ren’py and Redbull to make their visual novels.

Ultimately the story goes nowhere because there’s no story to tell. Yeah, you rescue Sosuke in the end, but that doesn’t contribute anything to the overarching lore or lead to any big character or story revelations. You know something happened to KK, but any player with two brain cells to rub together could assume he had a messy backstory just from watching the trailer for the main Ghostwire: Tokyo game. We don’t get any new information about why Tokyo is being plagued with spirits, or how KK got his powers, or even a tidbit about the main antagonist beside it being a dude. Prelude is little more than a poorly-stitched together amalgamation of clunky dialogue, lackluster descriptions, and poorly-constructed visual effects (you can see where the sewer ghost goop animation loops) crammed into a VN so short that the credits are practically longer than the base game. As a final point of confusion, I was able to play Prelude on my PS4, even though Ghostwire: Tokyo is only releasing on Windows and PS5. What a mess.

Based on everything I played, I sincerely doubt that anything in Ghostwire: Tokyo – Prelude will change how you see the world of Ghostwire: Tokyo. You’re not missing any lore or interesting storytelling by skipping Prelude, and frankly, I can’t think of a single reason to recommend Prelude if you were planning to pick up Ghostwire: Tokyo. Just ignore this strange little side project and go for the main dish when it releases.

A Contender for Cultish Adoration