Several years ago, I went looking for witch games whose primary gameplay involved potion-making and found the market severely lacking. Suddenly, in 2022, these games abound. I assume that I manifested them, and I intend to play them all.

I spent the past several weeks binging Wytchwood, a crafting adventure game in which you – an elderly witch wearing a cauldron on her head – collect souls to bring to a goat with whom you made a bargain in a past you can’t remember. This sounds a bit sinister, but the gameplay is very soothing. You wander over hill, over dale, through swampland, through cemetery on your quest for ingredients and souls. You gather ingredients to make potions to solve problems; by solving other people’s problems, you defeat bad guys and snag their souls. The bad guys tend to be capitalists and bullies, so defeating them is pretty satisfying. Collecting ingredients makes little popping noises, which are also pretty satisfying.

The main logistical problem with making my real life into a Wytchwood life is that I am – and I cannot emphasize this enough – very lazy. I have written about this. 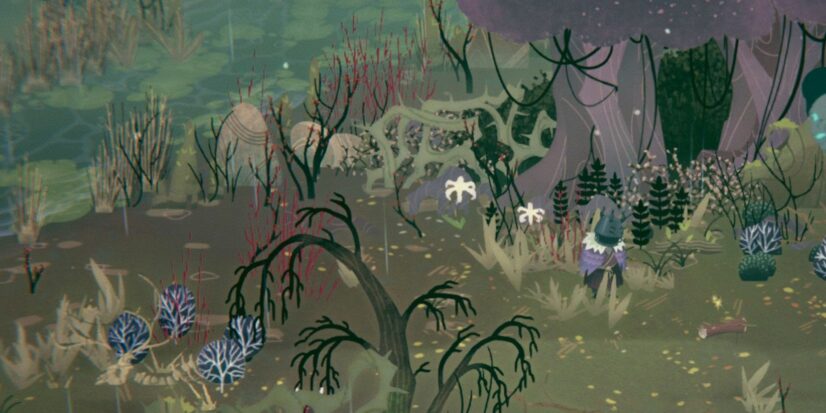 In Wytchwood, potion prep happens almost instantaneously. Granted, you have to go through ordeals to gather ingredients. You might have to craft Spirit Salts to defeat a ghost to acquire its mummified head, or use homemade Dreadful Dolls to distract goblins long enough to steal their snot. You certainly can’t order orris root in bulk from Amazon. But once you have gathered ingredients, you need only select the recipe you have in mind and, with a whoosh of light, your potion is made. The accompanying sound is, again, very satisfying – sort of a magical swish.

I wish I had played this game more slowly. I wanted to inhabit the world longer, to continue collecting Pumpkinjack Bones and Jars of Milk, but I also didn’t want to stop playing. Thus, in the way of finite narratives, the game ended.

So, in my real-life attic, full of real-life herbs, why is it so hard for me to move the orris root from its bag to its jar? If I had satisfying sound effects, would I have completed that mission by now?

The ending of Wytchwood was interesting in a way I don’t feel right about spoiling, although it also feels relevant to my life. The cauldron-hatted crone is part of me, as she is part of many (all?) of us. Even if I can’t become her right this minute, I could surely channel her energy some of the time. Maybe, if I am very motivated, I will go to my attic after I file this article, dust off my mortar and pestle, and whisper magical whooshing noises as I grind my roots into dust.

They’re Coming Out of the Goddamn Walls: Reliving a Moment with Space Hulk