This is an excerpt from the cover story of Unwinnable Monthly #145. If you like what you see, grab the magazine for less than ten dollars, or subscribe and get all future magazines for half price. 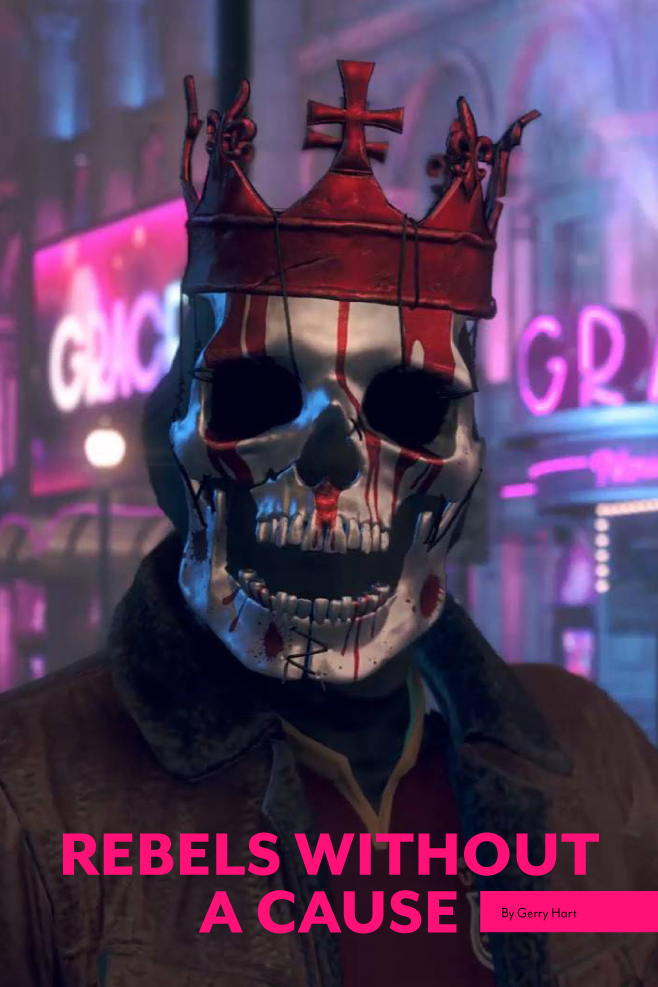 Playing Watchdogs: Legion in the United Kingdom makes for an interesting experience. Taking place in a near future version of London, the game depicts a UK spiraling into chaos. Following a series of devastating bombings, London’s law enforcement is delegated to a private military corporation called Albion who promptly turn the city into a contemporary fascist hellscape. Arbitrary arrests are commonplace, armed drones patrol the skies and migrants are routinely rounded up and held in squalid detention camps. Meanwhile you, managing the local branch of the hacker collective Dedsec, are tasked with building up a resistance movement and throwing off the shackles of oppression.

Legion is an explicitly political game. However, whereas other titles might eschew that label, Legion openly embraces it. Much of the game’s pre-release coverage centered on the game’s relationship to Brexit but Legion purports to be bigger in scope. As the game’s director Clint Hocking told IGN, “We really wanted to focus on some of the things that are going on in the world today: the rise of authoritarianism, economic problems, political challenges, all of those kinds of things”.

There was a part of me that was, naively perhaps, hungry for a game like this. I first played the game back in March, when the country was gripped by a wave of resistance against the Police, Crime, Sentencing and Courts Bill, a thoroughly draconian piece of legislation that would greatly curb the right to protest and would introduce hefty trespassing fines that pose an existential threat to Britain’s already persecuted GRT (Gypsy, Roma & Traveller) community. Prior to this, the government had introduced legislation to grant legal protections to undercover agents of the state who violate the law whilst simultaneously leading a concerted campaign to stifle any criticism of Britain’s imperial past in the public sphere. Against this worrying backdrop, Legion could have been a powerful or at least insightful piece of cultural commentary. In practice however, it has as much to offer on these issues as the Kylie Jenner Pepsi advert. 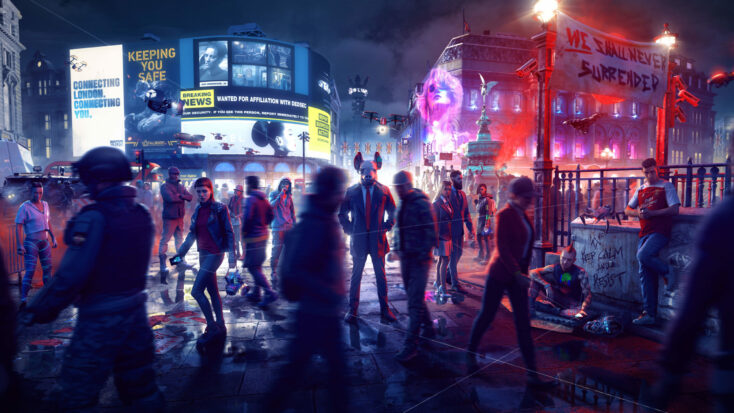 One of Legion’s primary shortcomings lies in its main selling point; the “play as anyone” mechanical gimmick wherein one can recruit random NPCs off the street to join Dedsec. These NPCs in turn bring a number of different abilities and drawbacks. In addition to adding some variety to the gameplay, this system was touted as a way of showcasing the diversity of the city and on some level, it can prove compelling, allowing one to develop a relationship with a given character as you play them in a manner that reminds me of the recent XCOM games. But in eschewing a single, written protagonist for a recruitable randos that change with every game, Legion hamstrings its ability to impart meaning through its characters.

Writing for Polygon, Carolyn Petit noted that Legion treats sexuality and gender identity as little more than narrative window-dressing. Characters might have a same sex partner, or may have changed their gender on their passport, but these integral facets of that character’s identity cannot affect their story or relationship to the world because they function as little more than flavor text. The same goes for other vital facets of one’s identity, from political ideology to religious beliefs to ethnicity or nationality. Unlike Watchdog 2’s cast of embarrassing millennial activists who at least had relationships to the world around them that afforded the game much of its meaning, Legion’s “protagonists” are procedurally generated nobodies, unable to provide a lens through which to explore or challenge the countless injustice faced by marginalized people in this country every day, from the racialized policing of young black men to the widespread transphobia in British media.

The weakness of Legion’s characters speaks to broader deficits in its politics. Though the game depicts a London beset by multiple concurrent crises, the actual causes of these crises are invariably left unexamined. Characters observe for instance that the National Health Service is on its last legs, but the game never explores why. Similarly, privatization and automation are thrown around with abandon but at no point does the game attempt to examine what those terms mean. Something I didn’t recall hearing much about was austerity, even though it has been a driving force in the UK’s political and economic life since the Conservative Party came to power in 2010, immiserating thousands in the process. Nor, despite the game mentioning untenable living costs, did I hear much about gentrification even though it is rapidly displacing working-class and minority communities and transforming them into playgrounds for the super-rich.

Gerry Hart is a UK-based writer and co-editor of Red Pepper Magazine. Follow him on Twitter @PoorConrad.

You’ve been reading an excerpt from Unwinnable Monthly Issue 145.