In Crimson Peak, itself a haunted house film, Guillermo del Toro makes a distinction between a “ghost story” and a “story with a ghost in it.” The same could perhaps be said about the difference between a movie about a ghost in a house and a haunted house movie. Not all haunted houses are even haunted by ghosts, though most are, nor are all of them houses. No, what really makes a film a haunted house movie is when the action takes place almost entirely in one location, and that location, itself, becomes somehow hostile to the characters within it. In Robert Wise’s classic 1963 adaptation of Shirley Jackson’s The Haunting of Hill House, Dr. Markway compares it to “an undiscovered country waiting to be explored.” So, why not open one of these cobweb-festooned doors, and start exploring? 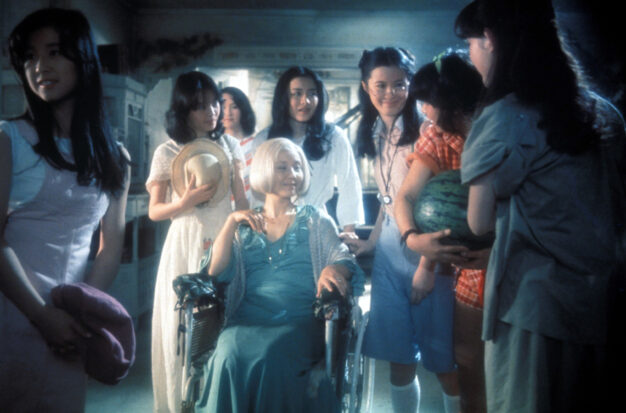 House (1977)
House is one of the weirdest movies I’ve ever watched, and I’ve seen stuff like Machine Girl and Karate Robo Zaborgar. While I wouldn’t consider House to be scary (or even really all that good?) it’s the kind of movie that you can’t help appreciating. There’s a level of playfulness to the whole thing that kept me invested no matter how surreal everything became. 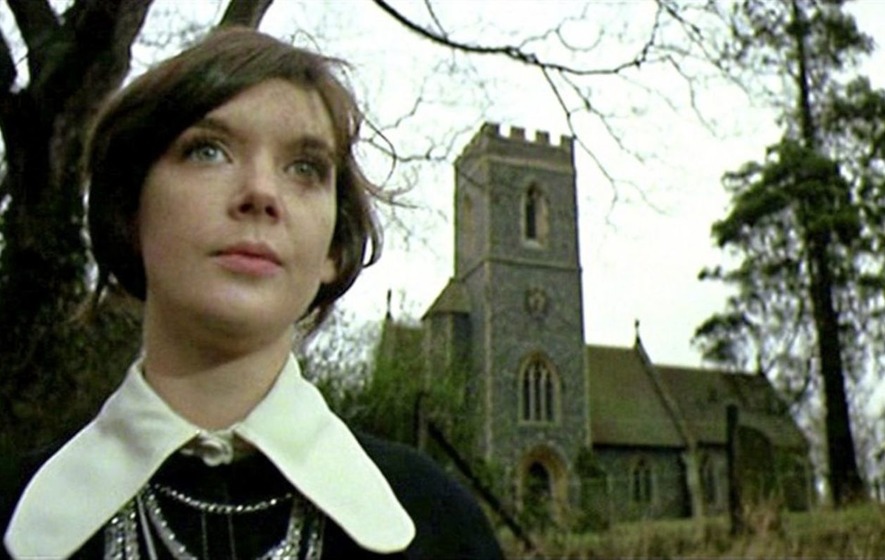 Richard Matheson’s 1971 novel Hell House is my favorite haunted house novel, and John Hough’s 1973 adaptation – from a script by Matheson himself – is one of my favorite haunted house movies. Full of cavernous interiors, cobwebs, chained skeletons, suggestion, pseudo-science and spiritualism, and the world’s best cameo appearance by Michael Gough, the film manages to channel all of the (considerable) luridness of the source material while still netting a PG rating, somehow. 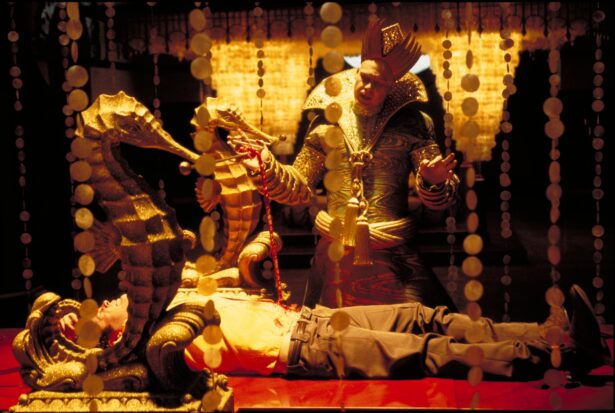 As a kid, I had a nagging curiosity for watching horror films despite the fact that I’d often leave them feeling scared to sleep. I was the kind of kid that was afraid to go down to my basement after seeing that early sequence in Leprechaun. I watched The Cell because my older brother rented it solely to watch Jennifer Lopez on screen. She’s hot, he said. This film’s imagery shook me to my core. What struck me was that in place of excessive gore and blood, was a deep dive into the fantastical. How what is foreign, bizarre, unknown, can displace us. 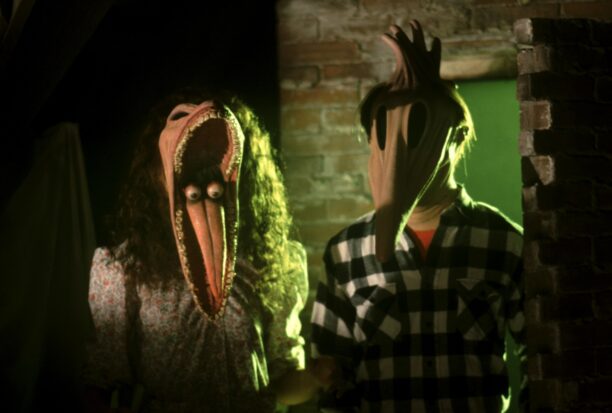 It’s been really depressing to see Tim Burton flush his career down the drain over the last two decades, but we shouldn’t forget that once upon a time, he had vision. Beetlejuice (and the handful of movies he made in the late ‘80s and early ‘90s) isn’t the pandering, CGI messes he devolved into in the recent millennium. No, Beetlejuice is an ambitious blend of gross-out horror and comedy that slaps you in the face with over-the-top acting and set design. It’s an all-around pleasure to watch! 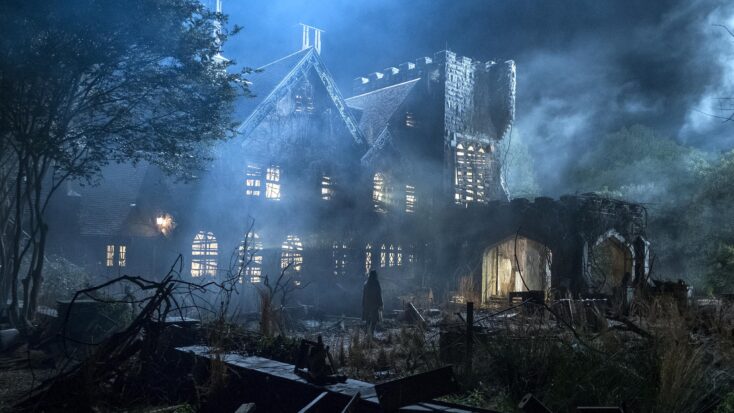 It’s just an 8-hour-20-minute film if you watch every episode back to back. The Crain family are haunted by Hill House as much as it is, in part, haunted by them. As a series that leans heavily into ghosts as metaphor as well as spook, even the living siblings are haunting each other. And it is no less scary for going deep into the sad places. 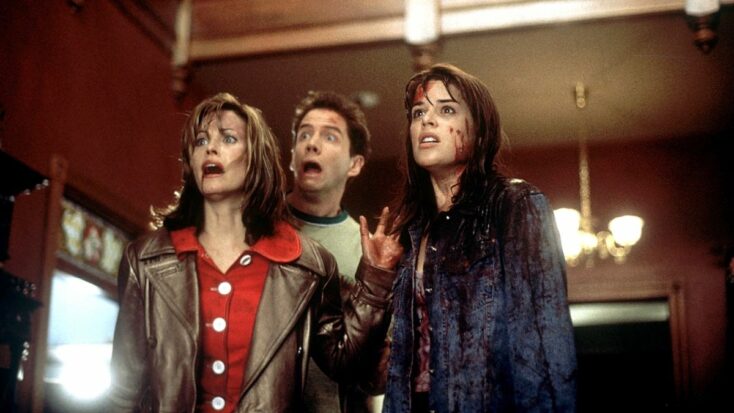 Does the slasher guy from Scream creeping around people’s houses count as a “haunted” house? I don’t know fuck about shit when it comes to horror movies but I’m going to say, “yes.”

I’ve been thinking a lot about Cabin in the Woods lately – the meta commentary on horror films that is, in itself, a really solid horror film. For me, the thing that stands out about Cabin in the Woods is that it definitely works on repeat viewings, which doesn’t seem to be the case for a lot of jump-scare laden horror. The more I learn about horror the more I appreciate the scenes and their call-backs to other monsters, films, etc. 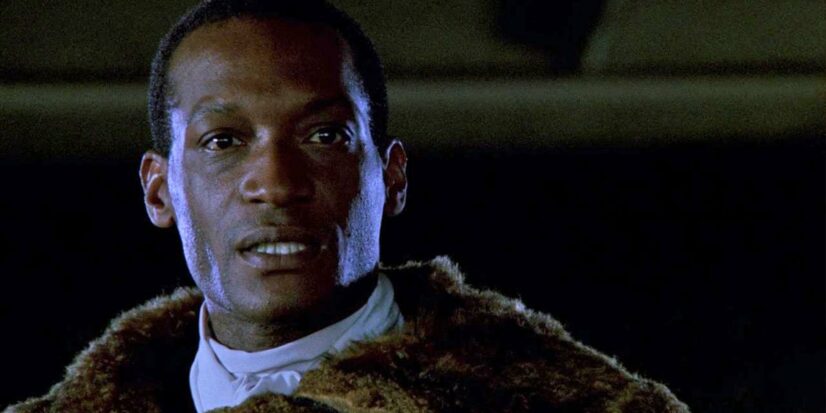 I’m breaking the theme a bit here with my location being “Chicago” or “Cabrini-Green.” Candyman tells the story of a specific haunting against the backdrop of the racist history of housing in Chicago mixed in with its horrific legacy of policing which continues to this day.

Beetlejuice, Cabin in the Woods, Candyman, House, Legend of Hell House, Scream, The Cell, The Haunting of Hill House

The Sleeper Has Awakened: Watching the David Lynch Dune for the First Time in this, the Second Year of the Plague