I never know how to end things. When I was little, I used to skip to the last few pages of a book and read them. I don’t remember exactly why. Maybe I was impatient? Maybe I wanted to make sure my favorite characters didn’t die before the end?

In any case, endings have never been an easy thing for me, but here we are! What better way to end than going home with a range of thoughts on Danez Smith’s incredible poetry collection – Homie

In this poem Danez Smith gets into wish fulfilment, with the fantasy most writers hold – that your writing has immediate material impact.

“My poems are fed up & getting violent”

is a sentiment that I feel in my chest. It captures the way that writing often feels for me, like the words, feelings and ideas already exist and my job as a scribe is just to give them clarity and direction. Contained within that is the rising frustration that has probably been visible in a few of the previous entries I’ve written here. I am not a patient person and yet the world demands that I continue to hold my breath for the moment of freedom to come. With “my poems” Smith allows the power fantasy to run its course. 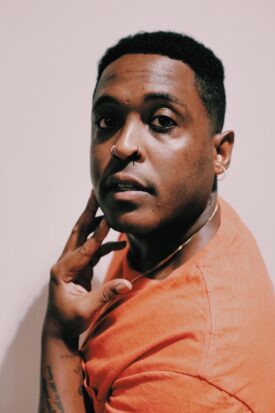 How many times have I clenched my fist, then turned that rage into writing? Was it ever worth it? They got to swagger around scot-free and I got a burning feeling in my chest, paired with some scribbles on a page. Yet still I stay restrained. The threat of hypervisibility hangs over my head, but more importantly the real threat of the violence of the state. But the fucked-up thing is that the few times I have resorted to my fists they worked better than any poem could.

“I poem the president on live TV, his head raised above my head, I say Baldwin said”

Are these names just crutches to elicit an applause from the crowd? Greats I can pull on to sound intellectual and pretend these aren’t just a series of flashes of light on a digital page?

As if you could cite your way into a revolution.

I guess writing has always been my one consistent mode of articulation. Poems have so often been the way that I could make my brain and the world make sense. Writing has been the way I could clarify my ideas and connect with others. I poem my way through because that’s the way I know how to survive. Even if the effect is slow and dissipated, even if it’s only a few people who those words hit, it has to be worth something right?

I love niggas. I could make this some long essay about the radical nature of loving Blackness. Or maybe I could open myself up about my own relationship to Blackness and Black men, running that through gender, class geography and more.

But I don’t have anything to prove so in the spirit of the poem I’ll just talk about how much I love niggas.

I think a great example for why I love niggas is the crate challenge. Like – who else would think to stack crates and walk along them like it’s a more melanated [obstacle course show] and then make it viral?

Who else would photoshop acrylics, lashes and braids on Michael B. Jordan?

Who else could all arrive at a function the same amount of late?

I think Smith put it best in their Bitch Media interview with George M. Johnson where they said:

When you read their poetry, this love is self-evident. It doesn’t need to be proven or justified. It’s not something you have to theorize around, you just feel that in your chest and know that niggas stay undefeated!

One thing you’re always hit with when you’re at my intersection of identities is a sense of absence – it’s something that Smith seems keenly aware of with the disjointed way that this poem sits on the page with its unnaturally large gaps between words. You can’t locate that absence in your life, but you just feel like there should be something? Like, when you cut your hair low, run your hands through the air above your scalp expecting something to be there and it just . . . isn’t.

As you can probably see from my writing, I’m a person who likes to place things in a context and a history. When was this director born? Who were their contemporaries? What were the political currents alongside it? Where does it sit in the social fabric of the nation? When did they die?

I felt this most keenly when I was researching Pearl Alcock, the owner of a shebeen in Brixton in the late 70s who passed away in 2006. Finding information about a place which was technically illegal is hard enough already, but it’s worse when there was a concerted effort by the state to erase those people and spaces from the cultural narrative. Even with all that it shouldn’t have been this hard to find men who were in their twenties forty years ago. How many stories have we lost to genocidal state neglect? How many of the (chosen) mothers and uncles that Smith refers to have met an early grave? How do you construct an oral history when the orators are – 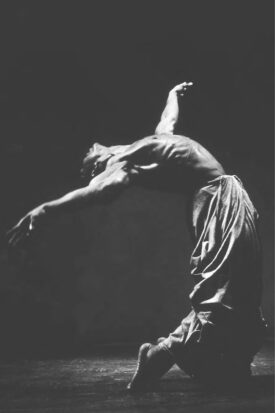 It feels like every space I walk into I’m the first. Or maybe if I’m lucky the second or third. On a good day maybe even the fifth. I guess this is what it means to grow up in one of the first generations where a nut isn’t a death sentence – that is if you’re in a country flush with plundered riches that feels “generous” enough to give a penny to protect you. Otherwise . . .

Of course, to place this all on a virus would be letting some people off lightly. The centuries of gatekeepers didn’t need some virus as an excuse to keep their death grip on culture and power. It is not simply that we were all physically dead, it’s that they tried to make us an ontological non-entity. A people without the luxury of a headstone.

I don’t know where that puts me. So few elders who can speak directly to me and my experience. So few people who really get it, who can look at you and say they’ve been through that shit without caveat or hesitation. Some of these people are still around but they’re very much the needles in the haystack. It’s like I’m trying to write a will and testament from a thousand discordant last breaths. But I’m going to keep trying. I’ve got to keep pushing through to the later years that were so cruelly robbed from you. For you, for those like me and for myself.

Then maybe the whispered breaths of spirits past will turn into a hearty laugh.

In a fun artistic twist on the typical acknowledgements section, Smith makes that a poem in and of itself, talking about his homies through his experiences with them.

There are a lot of small Unwinnable anecdotes that I could bring to mind here, many of which basically just consist of fucking about in the Slack or a series of weird puns. I think what encapsulates Unwinnable for me is the sort-of radio play that we did for the Hallowstream. There is something ridiculous and incredible about a mishmash of people adapting, producing and performing a spooky adaption of The Importance of Being Earnest for a couple dozen people on Twitch and infusing it with a ridiculous amount of queer and trans subtext. Which other publication would do that?

I’ve already said I’m not good at endings, so I don’t have any big grandiose statement to close off this column. But it’s been a hell of a ride and I hope you enjoyed it too!

I’ll see you around homies!

It Takes a Village