This feature is a reprint from Unwinnable Monthly #143. If you like what you see, grab the magazine for less than ten dollars, or subscribe and get all future magazines for half price. 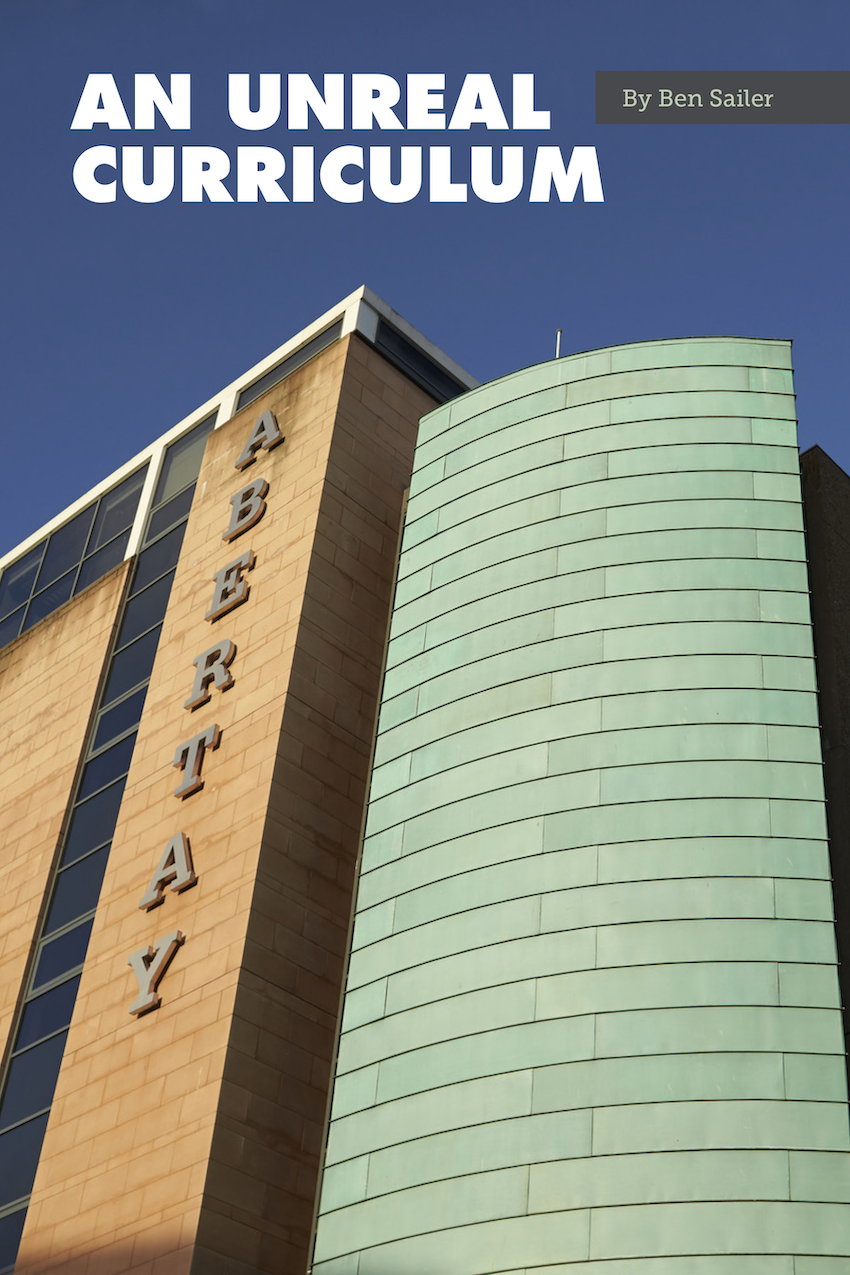 Global videogame industry revenue reached an estimated $179 billion in 2020. This record-setting growth was, to some extent, driven by pandemic-induced spending as people worldwide spent more time indoors. Yet this change in behavior may have only accelerated growth trends that were already happening; the industry’s $150 billion performance the previous year in 2019 was, at the time, a record as well. Across the pond, the European videogame industry alone was worth nearly $32 billion in 2020.

For context, videogames are now more valuable than all North American sports and film industry combined, both fields with established academic traditions. While some may say videogames have some growing up to do (which, to be fair, isn’t entirely inaccurate), these numbers reflect a maturing industry that is as much a part of global culture and society as any other form of art or entertainment.

As the videogame industry has matured, so have formal education programs to support studios and publishers in need of top talent. In 2014, the number of universities offering videogame development degrees had increased by 50% over a five-year period, then totaling 390 universities. More schools are offering scholarships for esports players as well, with 175 North American colleges and universities offering varsity esports teams.

There’s one university (excluding private and for-profit institutions) that envisioned a future for formal game development education long ago. That’s Abertay University, which was the first public university in the world to offer game design degree programs and is considered one of the leading universities in the field on the globe. In what could be seen as the industry and higher education coming full circle to meet one another, it also became the latest university to join approximately 100 other universities as an official Unreal Engine Academic Partner.

“I think this is extremely significant for us, as first and foremost, the Academic partner program is a recognition of the quality of our teaching and use of the Unreal engine in our programs,” says Matthew Bett, lecturer in Games Engineering. “Given the high density of game development companies in Dundee, and the high employability of our graduates, becoming a hub for the Unreal Engine technology and its use in game development only strengthens Abertay’s position as an integral part of the Scottish games industry.”

This may seem like a simple development, one hardly rising above a blip on the radar.
Yet the world’s first videogame design school joining a successful partnership program with one of the industry’s biggest companies (which surpassed Nintendo as the industry’s most popular company earlier in 2021 and is indeed one of the biggest technology companies in the world even outside of games) may tell us more than meets the eye about how the industry has grown into an economic and educational force. 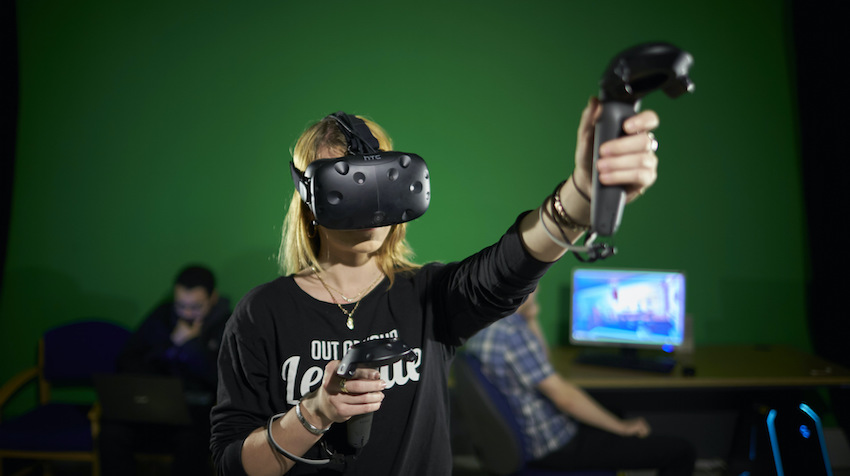 Nestled in the heart of Dundee, Scotland, Abertay University was founded in 1888, adding its games development programs to what it now calls the National Centre for Excellence for Computer Games Education in the School of Design and Informatics, in 1997. Today, it enrolls approximately 4,000 students, with 1,000 in its undergraduate and post-graduate computer games programs. According to the Princeton Review, it’s one of the 25 best schools for games education in the world, and the number one such school in Europe.

These accolades are more than mere marketing speak. The university proudly boasts a 95% job placement rate within six months of graduation (though this includes non-game related programs), with graduates credited for working on mega-hits like Grand Theft Auto, Crackdown and Angry Birds, and finding employment with companies such as Sony, Microsoft, Electronic Arts, and more.

As an Unreal Engine Academic Partner, the university will have access to greater educational and technological resources and guidance from Epic Games, adding strength to strength and benefiting both sides. 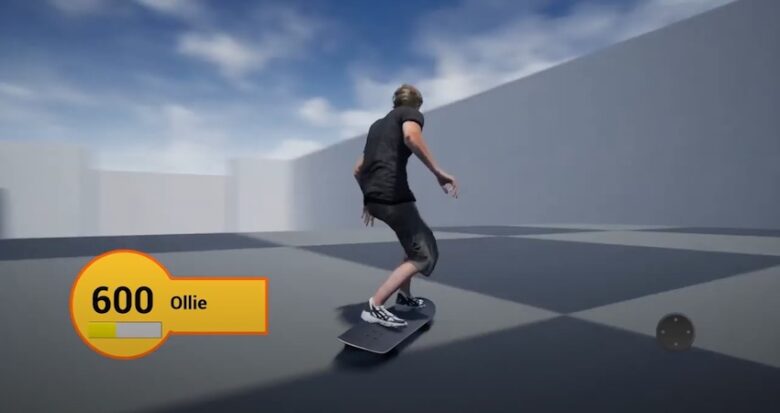 For those who are unfamiliar with the Scottish videogame development scene, Dundee may not seem like the most obvious location for world-class game development education. With a population of 150,000, it’s perhaps overshadowed by larger industry hubs such as Austin, London and Tokyo.

Certainly, this sounds like fertile ground for nurturing game development and engineering talent, then, and graduates from Abertay routinely go onto work for major studios on games. With world-class educational opportunities that have helped support a robust developer community, the university has more than proven its worth, and finding success in a place outsiders wouldn’t suspect makes that success that much more impressive.

“I was aware of Abertay University’s programs more than 20 years ago, even before I entered the videogame industry,” Epic Games’ Mark Flannagan says via a press statement from the university. “What Abertay has achieved in the intervening time has been extraordinary. Not just providing exemplary educational experiences for their students, but repeatedly innovating, and consistently placing highly in world rankings.” 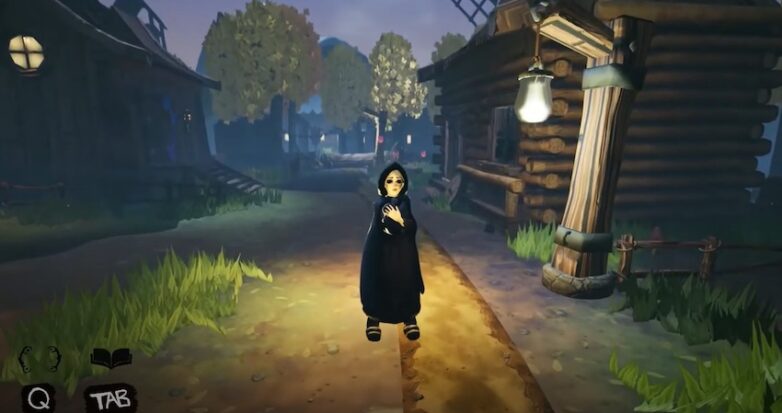 When looking at the big picture, it’s easy to see the appeal for Epic Games to accept Abertay University into its educational partner network. If students at the industry’s leading university grow accustomed to using the toolset, then logic would follow that they’ll want to continue using those tools to create more games that can further promote Unreal Engine. The partnership also gives Abertay students an inside track to internships and hiring opportunities with Epic Games.

“From Epic’s standpoint, Abertay is well known for its prowess in education for the games industry and seeing the work our students were producing using the Unreal engine and our commitment to increase its integration into our material made the application process relatively straightforward,” Bett says.

The announcement comes at an opportune time for both parties as well. With the release of Unreal Engine 5, which has received a great deal of hype for its ability to render hyper-realistic visual fidelity, students will be better equipped to learn how to leverage the latest version of the engine to its fullest extent.

“We are about to enter a new technological era for game development with the introduction of Unreal Engine 5,” Bett says. “Working with Epic as we move through this transition will not only ensure that our students are ready for the games industry and the latest technology as they graduate, but also that we as a school can move through this transition in the most efficient way possible since we will be able to work with Epic on any problem areas which are encountered. 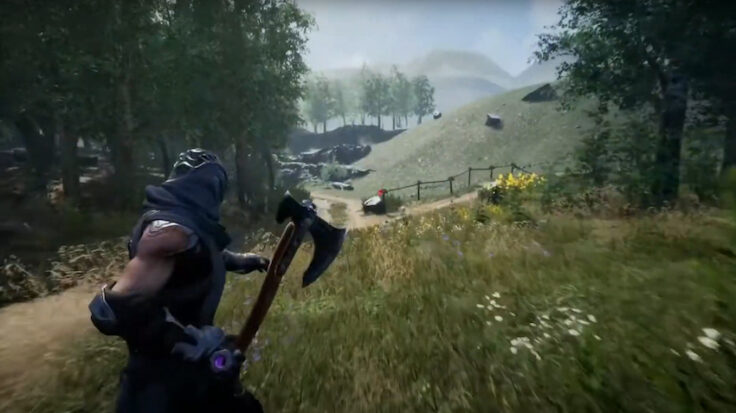 For university staff, the partnership also eases the technical and logistical hurdles of getting curriculum up to speed, with a direct connection to Epic to provide an unprecedented level of support. While it’s one thing to be familiar with engines and toolsets, and it’s something else entirely to receive a level of direct support that’s typically reserved for development studios. That has important implications not only for the quality of instruction lecturers can provide, but for original research as well.

“Being an academic partner allows our staff to access the same support mechanisms as registered game developers do with Epic,” Bett says. “This will be highly beneficial for funded projects and our research endeavors which utilize the Unreal engine.”

Ultimately this partnership is intended to benefit the students who will use the tools Epic provides and supports in order to pursue their professional and creative goals. But the benefits of this arrangement will quite likely reach far beyond the university’s classrooms and may well touch games that are enjoyed by players all around the world. It’s proof that the games industry has come a long way from its humble beginnings, and today, it’s seen as an advanced discipline with formal education rooted in sound theory that can prove, perhaps once and for all, that working in the field is about more than play.

“My philosophy in teaching our students is to give them a broad base of tools and knowledge that they can apply in any situation,” Bett says. “Games development is all about problem solving and we like to instill this into our material throughout the courses so that when students leave, they hit the ground running in actual industry situations.”

Greak and the Deft Power of Short Stories