A couple months ago, I was diving back into some of my favorite mixtapes from a decade ago, give or take, and it made me want to go back further. So, this month, I’m celebrating the year of 2001 in hip hop. To be honest though, I’ve always found the early ‘00s a bit of a dry spot for hip hop. Falling squarely between the deaths of Tupac and Biggie in the late ‘90s and the Kanye West-fueled boom in the late ‘00s, the first half of the decade, while not a wasteland, certainly falls a bit flat for me. Even though Outkast had already proved that the South had something to say in the 90s, the ATL renaissance (led by TI, Ludacris and Gucci Mane) hadn’t quite popped onto the mainstream. In 2001, The Game and 50 Cent were still a couple years from bringing the East/West Coast gangsta rap back in vogue and I never even found either of them quite as compelling as either their earlier or later counterparts. Of course, Eminem was out there as well, making all the white boys feel heard, but even though I respect his talent, he’s far from my favorite MC out there, and to be fair, Em didn’t drop an album 20 years ago. 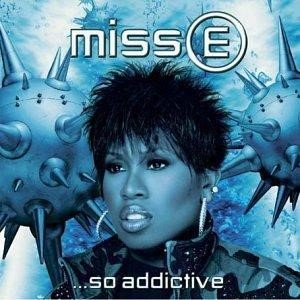 Missy Elliot did though. Miss E… So Addictive starts with Missy on the back burner, with Method Man and Redman featuring prominently on the second track. To be honest, I kind of forget how hot Wu Tang affiliates were in the early ‘00s. At this point, Method Man is at his peak and with a Ludacris feature, Missy proves that she’s looking around at the up and comers, seeing who is about to rule the next round of the mainstream. Meanwhile, she is also just sitting in there, grooving on all those 2001 vibes and those Timbaland beats just demand to be blasted out of windows even in 2021. 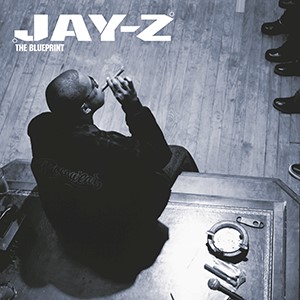 Jay-Z also dropped a little masterpiece in 2001:The Blueprint. While this dropped on what turned out to be an incredibly inauspicious date (9/11) The Blueprint has gone on to become a genuine classic, placing in the top five albums of the decade in all sorts of magazines, and making #1 for Complex. Sonically, this is peak Jay-Z: lyrically complex but endlessly entertaining with hooks for days on top of best-in-class production from the A-list producers of the era, including baby Kanye West, Just Blaze and Timbaland. Outside of the exceptional verse from Eminem on “Renegade,” Jay-Z carries the whole album by himself, giving its success just a little more bit. Now, I’ve been arguing for a while that the US peaked between landing on the moon in 1969 and 9/11. Does this mean that The Blueprint is actually the very pinnacle of American culture? As I’m relistening to it from 2021, that doesn’t sound like a crazy concept. 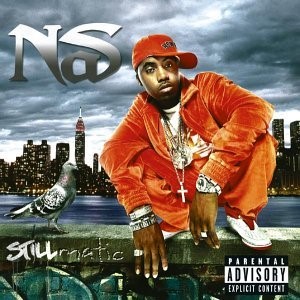 Well, Nas may disagree with me on that one though. He dropped Stillmatic at the end of the year, his return to form after the less-than-stellar Nastradamus in 1999, and it was a hit. While not quite as big as The Blueprint money-wise, Nas established that he wasn’t taking shit from Jay. But even with the biggest diss track of all time on this album, I think Jay ended up winning the long war between the two and is ultimately the greater MC.

Not to go too far off track, but I’ve always found Nas a bit bland. Now, don’t jump down my throat too quickly. He survived a whole lot of chaos and I think it’s fair that a lot of people consider him the GOAT, but he has never done that much for me, and I don’t really have a reason why. Clearly, he’s in the top tier of MCs and a brutally honest lyricist who can convey his feelings every verse. But to me, he never crests. There are a million brilliant verses, but he rides the wave and never quite breaks it. Please don’t yell at me about this opinion though. 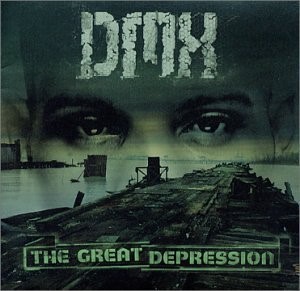 It also doesn’t help that it’s also difficult to go back to 2001 and handle all the blatant homophobia, whether from Nas, Jay-z or the late, great Earl Simmons. To be real, DMX was never my favorite MC, but I respect his game. He was one of the aggressive MCs who made it feel authentic. Nobody questioned X when he spoke his credentials, because his entire person carried it. He lived that life and there were no questions. When X told you his dogs bite, you backed the fuck off and on his 2001 album, The Great Depression, he was still at his peak, battling his demons at full volume. But now, when hearing him (or any of the top MCs of the era) form the f– word, I visibly cringe. As a cishet white dude, I’m able to flex this off pretty easily, but I also understand the difficulties other groups have experienced entering this genre of music. However, it is reassuring when we look to the contemporary scene where there has been (at least) some progress on that front (shout out to Brockhampton’s new album: ROADRUNNER: NEW LIGHT, NEW MACHINE). 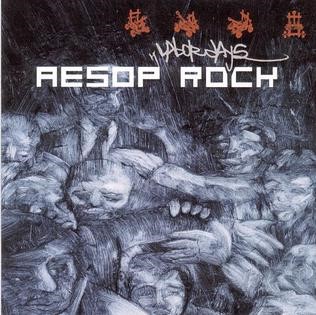 Now while the mainstream was busy beefing, a whole other hip hop world was bubbling over in the underground, led by El-P and his label, Definitive Jux. Known as Def Jux until Def Jam sued in 2001, Definitive Jux was one of the most successful underground labels of all time, featuring a roster of underground icons, including Aesop Rock, Murs, Rob Sonic and, of course, El-P himself.

While it was founded in 1999, Def Jux officially established itself as a leader in the alternative hip hop scene in 2001 with the release of two iconic underground albums: Labor Days by Aesop Rock and The Cold Vein by Cannibal Ox. These two albums epitomized the Def Jux sound: witty, aggressive and complex lyricism over avant-garde production. Alongside an EP from Mr. Lif in late 2000 and a compilation album featuring Aes, RJD2 and Company Flow, these two albums set the template for the label to follow until El-P left in 2010 to form Run the Jewels, a worthy endeavor in itself.

Def Jux wasn’t alone in the underground in 2001 though. It had plenty of competition from other labels interested in pursuing the underground market. Rawkus Records was riding high off the release of Big L’s The Big Picture, Pharoahe Monch’s Internal Affairs, and Mos Def and Talib Kweli are Black Star over the past three years. However, outside of Hi-Tek’s solo debut, Hi-Teknology, the label’s 2001 releases didn’t hit quite right. To be fair, I’d never heard of the Smut Peddlers or Da Beatminerz before this column. On a quick listen though, I don’t hate them. Keep an eye out for a future column on the forgotten classics from 2001.

Unfortunately, both Def Jux and Rawkus are no longer active labels. They were survived by any number of mainstream labels, but also by the little label known as Anticon. Nobody would have put money on Anticon to outlast Rawkus in 2001. While not the most active label these days, in 2001, Anticon was dropping some of the left-of center hip hop at the time, or frankly, any time. Interestingly enough though, Anticon did not release the most popular release of its cofounders Why?, Doseone and Odd Nosdam. Instead, this group released the self-titled album of their group CloudDead under the British label, Big Dada. If you haven’t heard CloudDead, I would recommend checking it out, especially if you like post-rock sounds mixed with break beats and surreal rhymes. It’s really a one-of-a-kind project from this group of artists, and while certainly not everybody’s taste, it made an impact on the scene in 2001, maybe just because of its obtuseness. This wasn’t, and still isn’t, like any hip hop ever made, and perhaps to its detriment.

Big Dada continues to this day and still has a roster of fascinating artists (including Sampa the Great and Young Fathers), but there are still a couple other indie labels from 2001 who maintain a longer hand of influence. I mean the Lucy Ford EP and the first album from Eyedea and Abilites drop from Rhymesayers in ‘01 and  Stones Throw was just cresting into a profitable model. Listening to these indie albums 20 years later, they can sometimes sound a bit dated, but I think that’s only a factor of how much their sounds have popularized. Because of these seminal albums, the hip hop underground has spread beyond the hotbeds in NYC, LA and ATL into the homes of teenagers in the Midwest and beyond.

After going through all of this, I just know someone out there is screaming at me in their mind: “Noah, you still didn’t mention the best hip hop album of 2001!” You might be right. There are way too many 2001 drops for me even to begin to do the year justice. I mean, I haven’t even brought up N.E.R.D.’s In Search Of … , Wu-Tang’s underrated Iron Flag, or the premier of the Gorillaz or Immortal Technique. Shit, Trick Daddy dropped his classic “I’m a Thug” and it doesn’t even register when I’m thinking about the year 2001. As I start to dig down into the year, more and more amazing albums keep popping onto my radar. I could never do the year justice in this column, so if I missed something you love, shoot me a message and I’ll give it a peep. The fact that really surprises me is I went into this month’s column thinking: “Wow, 20 years ago the hip hop scene was weak.” Now, I think 2001 might be a transformative year for the genre. But then again, if I dive deep enough into any year, I think I might come to the same conclusion.