The first time I watched FLCL (Fooly Cooly) I was 22 years old and in college. I thought robots were cool and would have loved to be in Naota’s (the show’s protagonist) position where he got to hang out with one all the time. Now I’m coming up on 40. But here’s the thing: it’s been 17 years since FLCL came out in the US – probably at least 15 or so since I’ve watched it. Now that I’m older, (arguably) wiser and put forth more of an effort to pay attention to more than just the incredible fight scenes (which are still incredible, by the way) it all hits a lot differently.

I still think robots are cool but a lot can change in 17+ years. Now . . . now I see Naota as an insufferable asshole who wants to make everyone around him just as miserable as he is. Both his dad and his grandfather are gross. His “housekeeper”/alien cop/bounty hunter, Haruko Haruhara, is weird and cryptic and waaaaaaay too forward with Naota considering she’s around 20 and he’s supposed to be 12.

Then there’s Mamimi Samejima. Naota’s older brother’s ex-girlfriend, who’s still in high school, likes to hang out with Naota as a sort of surrogate boyfriend and was basically left behind in their small town when her actual boyfriend went off to the US to play baseball. Mamimi’s what stuck out to me the most on this re-watch, and she’s the reason I wanted to write this in the first place.

She never seems completely focused on what’s going on around her; almost like she’s wandering through a dream most of the time. She smokes. She has an obviously unhealthy relationship with her ex’s younger brother. It’s alluded to that she gets picked on a lot by her peers. Even Naota’s grade school classmates regard her as a loser. Basically, her life sucks.

The thing is, even though Mamimi is a side character who rarely has any impact on the overarching plot, save for a few specific moments, it was her background story that began to feel like FLCL’s real story. Not because the main story about an evil space corporation terraforming planets with massive irons, the hunt for an extremely powerful space pirate, something about eyebrows that prevent aliens from using your head as a transportation portal . . . fuck, I don’t know . . . where was I? 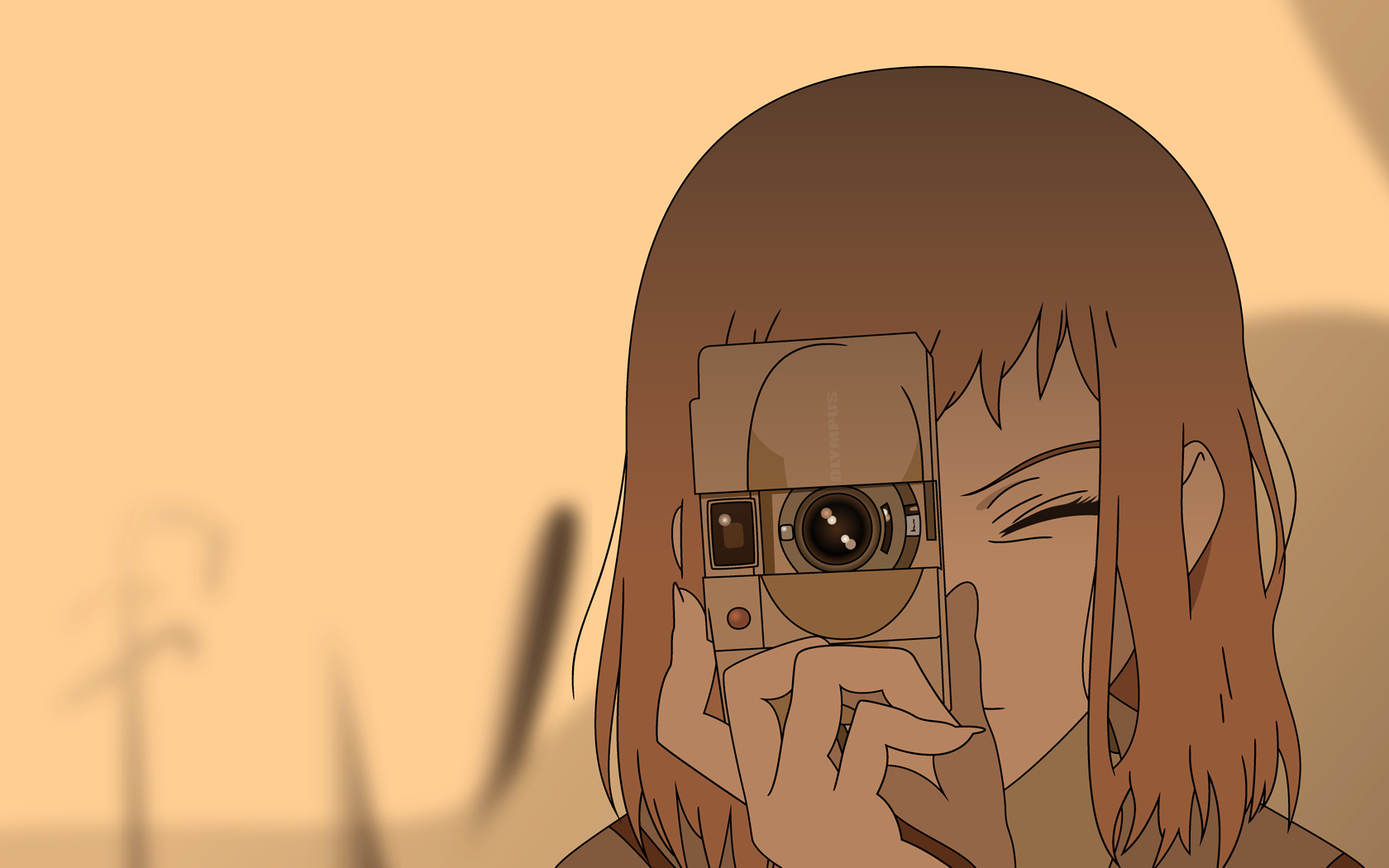 I don’t feel like all of that stuff isn’t the “real” story because it’s tough to follow (though it can be); I feel like it’s not the “real” story because, ultimately, it doesn’t lead to anything. Seriously. Haruko shows up and throws Naota’s life into chaos for six episodes, several robots literally pop out of his head, an alien plot to flatten the world is thwarted, Haruko takes off after the space pirate Atomsk again and by the end nothing has changed. Naota hasn’t stopped being a miserable asshole and the town is still just as quiet and boring as it was before Haruko showed up. Aside from Naota and his classmates wearing different school uniforms, you’d almost never be able to tell the difference between the beginning of the show and the end. Except for Mamimi.

Mamimi is the one character who actually changes by the end. She’s the one who finally grows up. She figures out what she wants to try and do with her life, then sets out to do it. I think the most fitting part is how her growth and maturation is hand-waved away with three lines of narration at the very end: “Mamimi left town. She said she wanted to be a photographer. I don’t know what happened to her after that.”

Naota doesn’t care. The town doesn’t care. Everything is the same as it always was. Except that Mamimi finally broke the cycle of familiar mundanity. She struck out on her own and, going by the final shot of the final episode where it pans across an open magazine to show a photo she took featured in its pages, it seems like she’s off to a good start.

I dunno, I just thought it was nice.

FLCL still has a great visual style and a great soundtrack, the fights are still awesome and a lot of the robot designs are really bizarre but in a good way, but it’s Mamimi’s story – her barely present, mostly just alluded to in brief snippets of dialog story – that’s really stuck with me this time around. She realized she was in a rut and made an effort to get herself out of it. That speaks to me now way more than watching weird robots beat each other up does.

On The Legend of Korra and Imperfection
Previous Post

Framed by Flowers: An Interview with Illustrator Sibylline Meynet